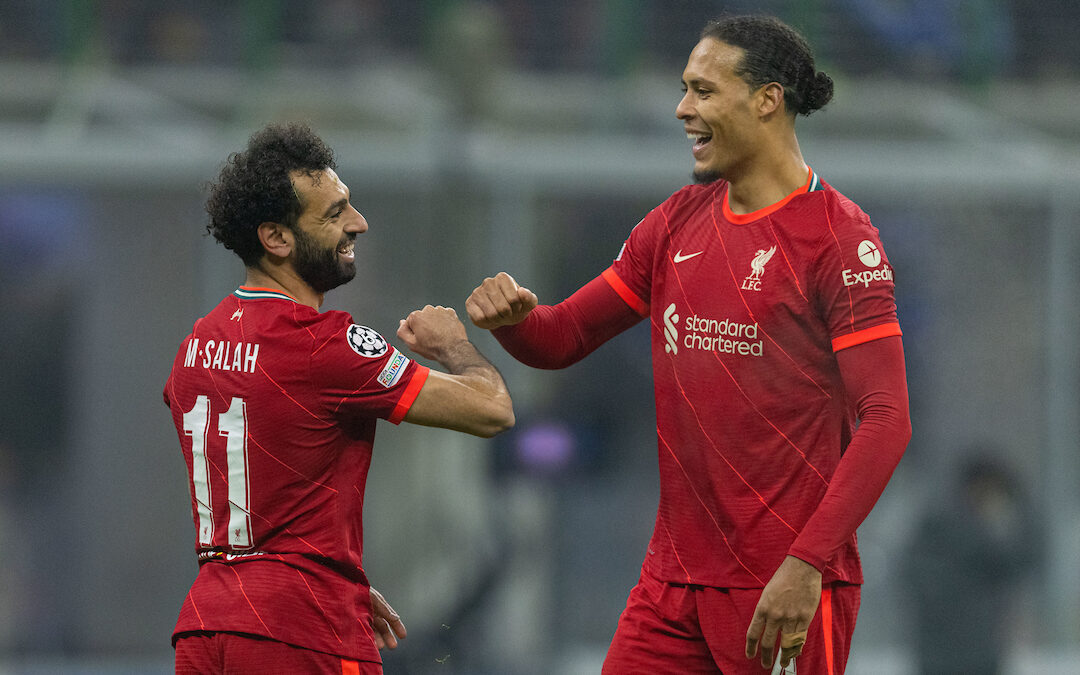 Liverpool’s last 16 tie with Inter Milan currently sits on a knife edge. If Inter turn up and get an early goal, suddenly anything will feel possible. However, if The Reds grab one in the early throws, it could be all she wrote.

The crowd will likely respond in kind. There haven’t been a ton of big atmospheres to hang your hat on at Anfield this season, but the crowd have always responded to what’s taking place on the pitch. Particularly if they feel like somebody is trying it on.

Think back to Arsenal in the league. Mikel Arteta kicking off on Sadio Mane and then Jurgen Klopp from the touchline got the fans going, which got the players going and secured us a win. Leicester City’s away end in the League Cup came armed with all the worst that football chants can throw up about Liverpool as a city and a football club. They attacked, we responded.

If Inter Milan come flying out the traps tonight, I expect Anfield to get right up for this one. Jurgen Klopp has been very deliberate in his demands from the crowd all campaign, knowing the power we harness but perhaps also aware of how we can get complacent when The Reds are in full control.

They may take that control early tonight. If they do, we should celebrate accordingly. Because it’s the last 16 of the Champions League, and the quarter finals will be in touching distance, and for far too long this wasn’t our reality. This manager and these players have made it so.

So which group of 11 players will this manager pick tonight? Alisson Becker is a cert to remain in between the sticks, while Trent Alexander-Arnold, Virgil van Dijk and Andy Robertson will all surely be asked to go again. Joel Matip’s return to training means he may be drafted straight back in, though it would be tough to drop Ibrahima Konate on current form.

In midfield, the return of Thiago Alcantara is a huge blessing, though he doesn’t tend to be rushed back from injuries. I expect Fabinho and Jordan Henderson to be partnered by Harvey Elliott, who didn’t have his best game at the San Siro but at least has some experience of playing this Inter side.

Upfront, I think the irrepressible Luis Diaz may be given a rest in favour of starting Mo Salah and some combination of Diogo Jota and Sadio Mane on the left and in the central role — though I did say that at the weekend too and Diaz still got the nod. The manager may even have Roberto Firmino in mind, though he’s likely to err on the side of caution.

Inter will likely throw any caution on their part to the wind tonight for the goal that could change the tie. Liverpool will need to be wary of that, but they always show their opponents respect and are all shored up at the back again. They’ll be prepared for an onslaught.

We should be prepared for a game and a half. Just a few short years ago this wasn’t our reality. Now we’re back at the top table of European football.

We should savour these nights and give them the backdrop they deserve.

“Because of the 5 subs, I would expect the manager to make 3 or 4 changes. I think Matip and Jota come in, with potentially Tsimikas as well.”