Liverpool FC Fandom: Some Things Change, Some Stay The Same 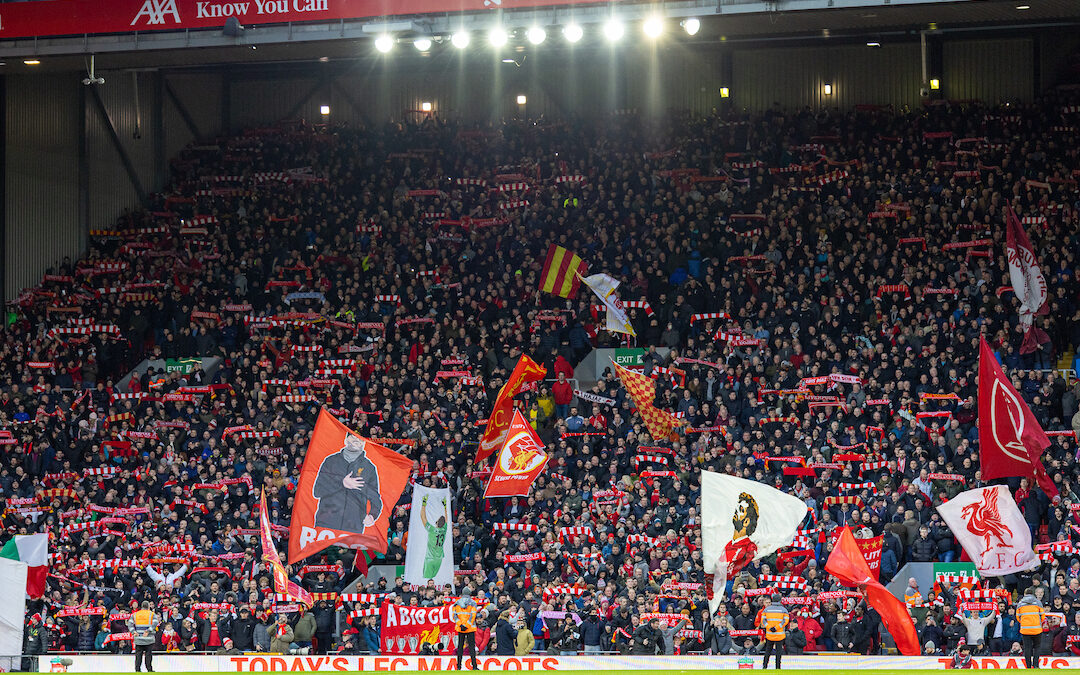 Within Liverpool Football Club fandom, certain sections will always find things to fall out about – and often it’s about where we’re from…

“Wooly back: Someone who lives near but NOT in, Liverpool.” – Urban Dictionary

THIS isn’t a new battleground.

Friction among Liverpool supporters on this subject has been present way before now, way before me.

The threat of those who “don’t get it”. The perceptions that the club treats certain people better than others. That identities become diluted and awash with confusion has wreaked havoc at Anfield through the ages.

And the rightful objection from those just wishing to participate in watching Liverpool Football Club home or away without any agenda other than wanting to be part of it.

A significant tick off the bucket list is not what this is about to many. There’s room for all sizes.

Many with no idea of the silent code of conduct of which you must obey or face hazing from the fraternity.

Time hasn’t softened the fact that this all feels very unnecessary and nobody comes out of it well.

There’s narrow-mindedness, discrimination and anti-scouse rhetoric in every thread arguing and countering the concept of “wools”.

“Wooly back: A wool is short for the Liverpool term ‘wooly back’, which is a derogatory expression for people from Lancashire and Cheshire, originating from the early 1900s.” – Urban Dictionary.

To me, it was never about where someone was from. I saw it as a behavioural putdown. A description of how someone was acting which made others feel in some form threatened.

It’s a concept I’ve never been on board with. But then I live in London now and bounce around with my ear pierced drinking flat whites. So, I’m fully aware of how I’m probably perceived by some. Strip me of my season ticket and march me naked down Arkles Lane adorned with shame.

The issue seems to be more prevalent than ever. The urge to engage Liverpool fandom to “fuck the Tories” on every matchday adding extra weight to the curriculum.

To have values and identity as a club is of course important. Is that what drives this?

Maybe it’s that you must see our city’s struggle and show understanding. The trauma held from Thatcher’s inauguration in 1979 through to Hillsborough and beyond should not be disregarded and dare not be disrespected.

Those scars haven’t healed well. If this community seems touchy it’s because it rightly is.

There’s a deeper question, however, about how much we let football become the overriding, identifiable factor of us as people.

If Liverpool FC is your most recognisable embodiment, then it becomes immeasurably confusing and frustrating when people around you decide they don’t want to engage in things you relate to.

It also becomes difficult for those same people to lend themselves to healthy and constructive interactions with anyone who votes differently or has alternative beliefs in money, public transport or pineapple on pizza.

You cannot morally scan the other 50-odd-thousand people who come through that turnstile with you. But it’s becoming a stipulation among some.

“Wooly back: Uneducated scousers have a tendency to call anyone outside of Liverpool a ‘wooly back’. Educated scousers understand that the term derives from textile production during the 19th century in Lancashire, more specifically St. Helens folk.” – Urban Dictionary.

When we think of the current Brexit and immigration shitshow in this country and what got us here, ask yourself if this isn’t too dissimilar on a lesser scale?

A group who are feeling threatened by outside influence on their place of community and believe that this is solely responsible for all they perceive to be bad.

Ask yourself if you really can’t get past someone next to you shouting “who are ye?” or telling Joel Matip to shoot from 45 yards?

Writing a piece like this will inevitably upset some, which only emphasises the ugliness of a topic which seeks to exclude and has zero charm.

One thing I won’t write is that I know plenty of sound Liverpool supporters who don’t have an L postcode. The reason being it doesn’t qualify as a caveat. It’s an insult to them and to who the people of this city really are.

Liverpool FC hasn’t and won’t change. It remains a global behemoth which will attract people from all around the world to support it. These people should be welcomed and, more importantly, accepted without judgement.

If you feel those who talk, dress or act differently to you don’t belong in Anfield, then perhaps it’s time to turn the attention away from them and on yourself.

Football is a part of all of us, but should it represent every aspect of our existence?

Doing so only ever concludes you can’t control what Liverpool is, you can only apply what it means to you and hopefully learn to accept the rest.

That includes those who love it just as much, but in their own way.