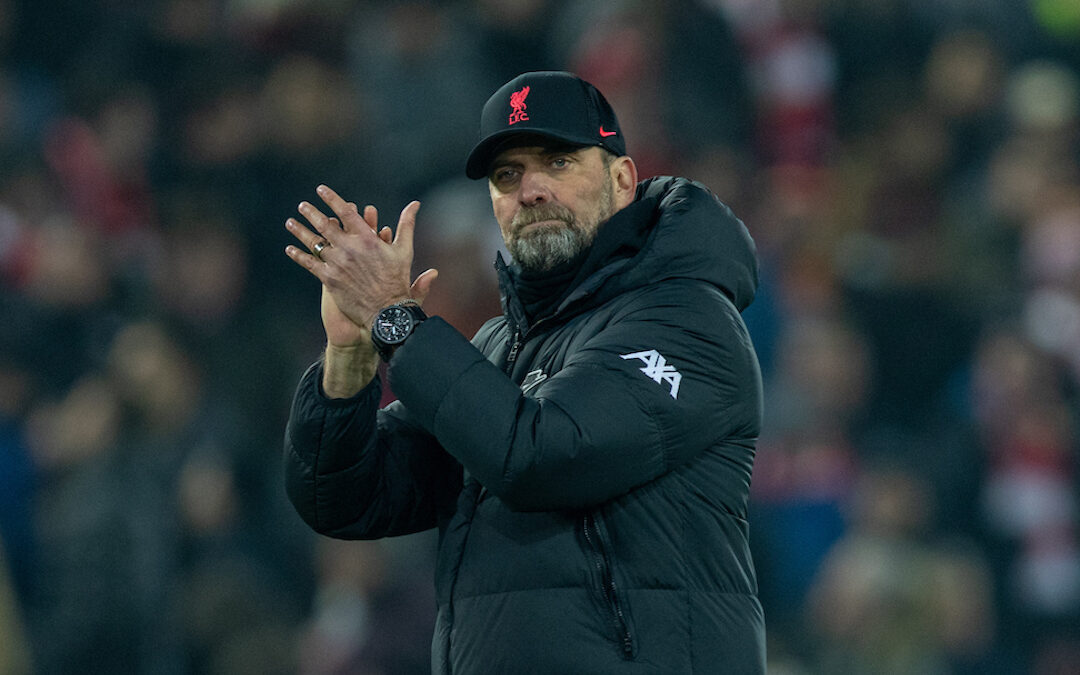 IT started as a celebration of the League Cup winners.

For almost the entire first half, Liverpool’s “second 11” absolutely purred. The football was free flowing, the interchanging was on point, the passing was crisp and thus the goals came.

Takumi Minamino has probably his best game in a red shirt. He was absolutely unplayable in that first half. He was first to every ball, his first touch was incredible, he popped up on the left, on the right and down the middle. The first is meat and drink for him, but the second is Filet Mignon and Pinot Noir. Have a bit of that.

There were others too. Ibrahima Konate continues to look so assured and brings the ball out of defence with ease. Kostas Tsimikas is a livewire up and down that left-hand side. Alex Oxlade-Chamberlain makes things happen and runs and runs. Divock Origi’s touch and general control of the ball and the forward play is great.

They are the stalwarts of The Reds’ second unit and they had come to play.

However, such was their control and grip on the game, they naturally shifted into cruise control. The dangerous thing about a side in cruise control is having to make changes that allow the players who have established that equilibrium to be rested.

Suddenly Liverpool ended up with new lads trying to figure out their place within the equilibrium and the lads around them had to figure out how to work them into it.

Harvey Elliott linked up well with Minamino on the right hand side, but the team lost some of the balance that Curtis Jones brought. The Jordan Henderson for Tyler Morton change was the real kicker, though.

At youth level Tyler I’ve mostly seen Tyler operate as either an eight or a 10, though he clearly has the attributes to operate anywhere in midfield. He’s performed admirably as a six at times, but has looked out of his depth on occasion.

As Norwich tried to claw back some of their pride tonight, the balance of that midfield suddenly started to become an issue for Liverpool. Elliott and Chamberlain found themselves behind the onrushing Norwich midfielders, leaving Morton exposed. And then, from out of nowhere, a goal came.

The cruise control suddenly looked like a car rolling with the handbrake off. Who knows where it ends up.

It ended up with yet another Liverpool win, though there were still one or two moments that were fraught with more tension than we’d have expected out of tonight’s game.

The Norwich fans seemed a good laugh from my spec on the complete opposite side of the ground, and fair play to those that made the trip up from Norfolk and head back home tonight. At least they got to see another goal at Anfield.

Tonight we got to see our League Cup winners. We got to see the lads that took us to Wembley in their pomp for 45. They fell away in the next 45, but this time and these moments still belong to them.

Who knows where it could leave us in May. It could be quite the celebration.