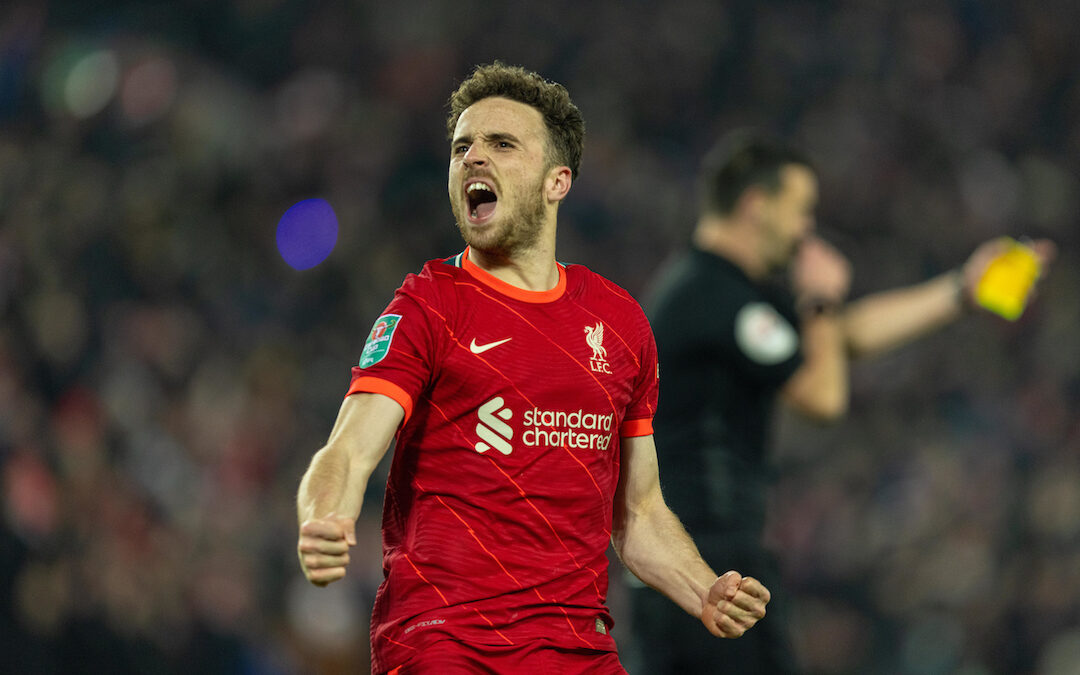 Match preview ahead of Liverpool v Leicester City in the Premier League at Anfield, with The Reds’ squad in rude health…

I CAN barely contain my excitement about The Reds at this time.

Having turned up to the Cardiff City game nursing a bad hangover and being subjected to a first half which felt like punishment for my overindulgence, a half-time pint and the events of the second half had me skipping out of Anfield.

My still slightly drunk senses felt overwhelmed by the noise and colour of the occasion in a way that is usually saved for a sunny final day game at home. Luckily, by the time Harvey Elliott and Luis Diaz entered the fray to a rapturous reception, my mind was on the mend and I could revel in the occasion as much as other Reds around me were.

It was just great though, wasn’t it? It felt like a cup tie full of excitement and hope for what comes next. Despite the chants of “we’re going to Wembley twice”, FA Cup success still feels a distance away from where we sit right now, but it’s reflective of the mood at the club at this moment that supporters are dreaming of what might be come May.

It made me even more excited to get into Anfield for a night under the lights against Leicester City. I’m casting no aspersions about Brendan Rodgers’ side being pushovers despite what the critics are suggesting going into this. I’m also struggling with the idea that their manager is suddenly clinging onto his job given all they’ve gone through this season.

Anyway, that’s all for another day. Because tonight needs to be all about these Reds and keeping the good feeling going.

With that in mind, Jurgen Klopp will be looking to go as strong as possible. However, having suddenly been blessed with a plethora of options, it’s hard to know exactly what that looks like.

It starts with Alisson Becker in goal, Trent Alexander-Arnold at right back, Virgil van Dijk at left centre back and Andy Robertson at left back. But what of the right centre-half spot? Joel Matip has been the number one option this season, but Ibrahima Konate continues to impress and Joe Gomez desperately needs minutes — as the manager himself attested to.

In midfield, a potential injury to Jordan Henderson will likely see at least one of Naby Keita and Curtis Jones expected to continue on the left side of midfield, with Harvey Elliott likely to be given his first start on the right — given Thiago Alcantara and Alex Oxlade-Chamberlain will be out of rhythm. Fabinho seems a shoo-in to return to the base of midfield.

Upfront is genuinely anybody’s guess. We can probably work off the basis that Diogo Jota and Bobby Firmino are the nailed on central and left-sided forwards of choice. That leaves the right-hand side open for either of the returning Mo Salah or new boy Luis Diaz, though it would be a different role than what he is used to from his Porto days.

Think about the lads who miss out there. Think about the strength of that bench. Imagine this Leicester side being resolute for over an hour and then turning to see any number of those lads readying themselves to come on and batter down the door. Heavy init?

Be heavy, Liverpool. Leave them heavy legged and breathed. Leave everything out there. Let’s show our strength in numbers now, on and off the pitch.

“It’s nice to talk about selection problems for Klopp. The amount of times the team has just picked itself and now you’ve got such depth in the squad.”