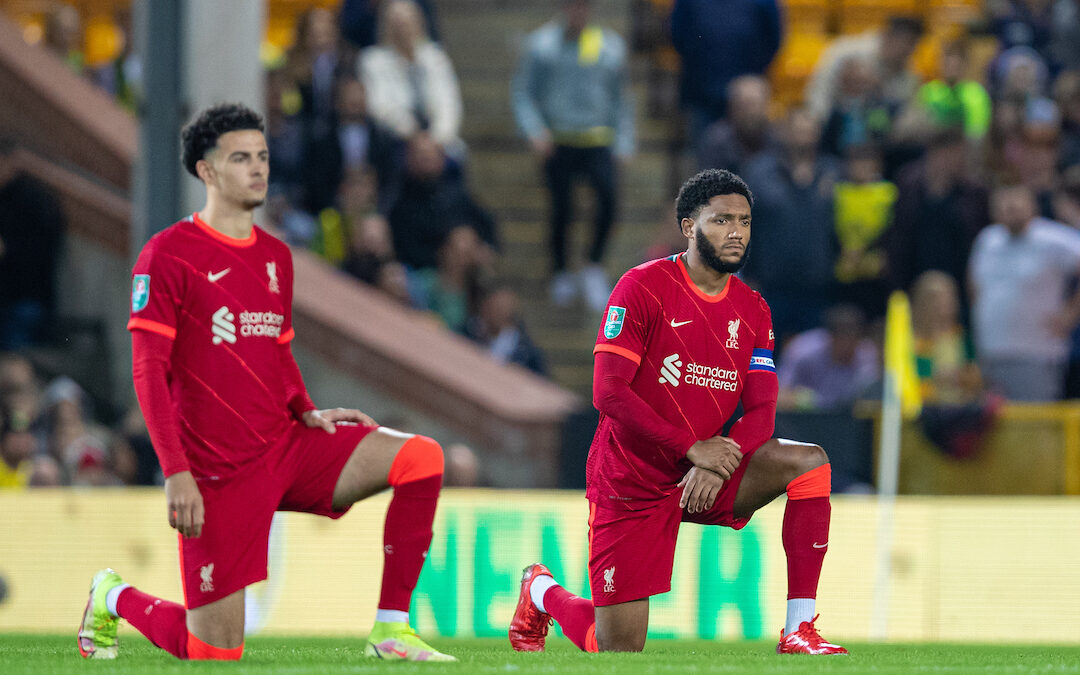 Match preview ahead of Liverpool v Cardiff City in the FA Cup fourth round at Anfield, ahead of a huge month for The Reds…

IT feels like an absolute age since Liverpool last played, and yet it feels like so much has happened.

There’s few things that spark social media into life quite like a surprise transfer, and the breaking news of Luis Diaz signing for The Reds, closely followed by the Fabio Carvalho movements, certainly did that.

The mood this season has been a strange one. I wonder whether there’s still some hangover from the highs of winning the league and the weirdness of the world that surrounded that event, followed by the crash back down to earth of last season.

Have a couple of transfer dealings done enough to rescue that mood? That remains to be seen, but it definitely brought some excitement back into the fan base in a way that only a few big wins have matched this season. Now it’s back over to the lads on the pitch, and there’s a huge run of fixtures coming up for this team.

February is a month in which the scale of Liverpool’s challenge on all four fronts will be brought into sharp focus. It starts with the FA Cup, and is followed swiftly by a run of winnable league games, the first leg of the Champions League last 16 and the League Cup final at Wembley. This time next month the mood could be flipped completely.

First, Cardiff City at Anfield in the FA Cup and there may be a few considerations Jurgen Klopp has to make around the mood within his squad.

Joe Gomez feels like a priority in this sense. While it’s not necessarily the manager’s job to keep individuals happy, it’s something he has still placed towards the top of his priority list. With that in mind, it feels like the right time to start ramping his minutes up. He should be given a start on Sunday to keep him hungry and happy for the challenges ahead.

Kostas Tsimikas is in a similar boat. Though the Greek has featured more this season than most would’ve expected, his minutes have dried up in recent times. It’s not that straightforward because Andy Robertson could end up lacking in rhythm ahead of the Leicester game, but there’s so many games to come that he may need to be kept on ice.

Trent Alexander-Arnold has a similar issue on the other side, but I’d be surprised to see Conor Bradley start this game — though the manager may yet throw us all for a Gomez at right back micky and give Ibrahima Konate a start at right centre half.

Fabinho’s time away with Brazil will mean he’s in rhythm and could do with the rest, so I expect to see Jordan Henderson start at the six alongside the returning Naby Keita and in-form Curtis Jones. Both of the latter have been talked up in recent weeks and will be keen to prove their quality and creative flair against lesser opponents.

Upfront, it wouldn’t be a surprise to see the triumvirate of Alex Oxlade-Chamberlain, Roberto Firmino and Diogo Jota given the chance to build on their recent record together. They’ve brought the goals in the absence of Mo Salah and Sadio Mane, and may see this as an opportunity for each of them to fight for the final shirt once our African giants return from their successful spells in Cameroon.

That would be a seriously strong lineup for an FA Cup fourth round tie, but The Reds could use a big win on Sunday as a springboard for the rest of February.

If the mood of this expectant fan base can be rescued, this month will be absolutely crucial in doing so.

It’s now or never, Liverpool. Let us have it.

“I think he might go Trent and Tsimikas at full back. I would be using this Cardiff game to get as many first team players back into rhythm.”