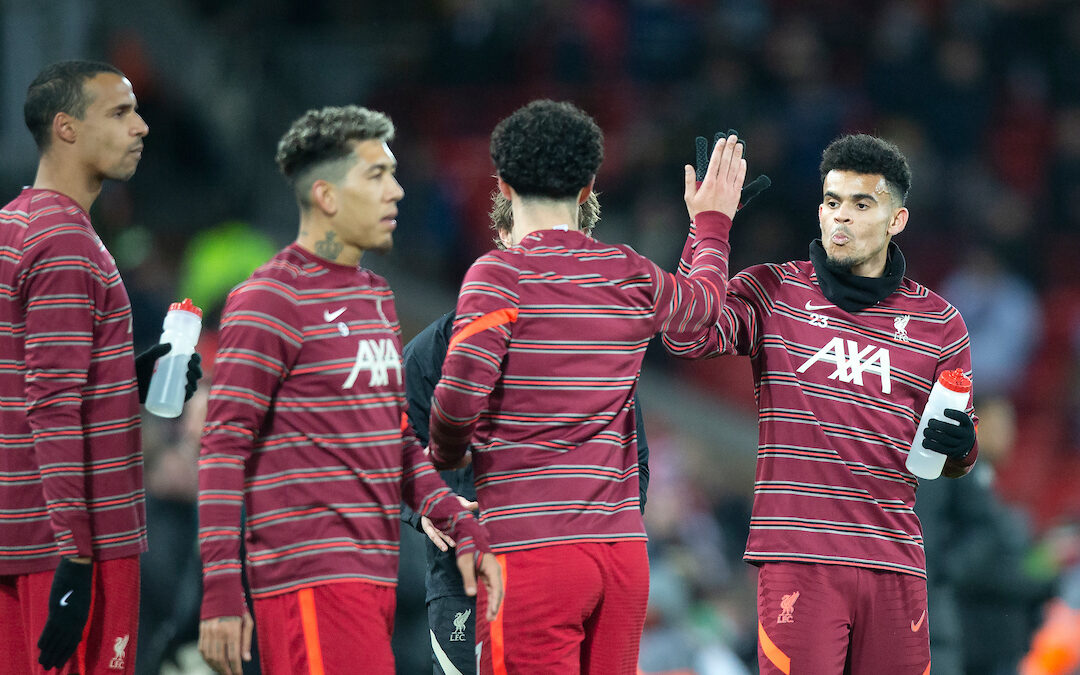 Match preview ahead of Burnley v Liverpool in the Premier League at Turf Moor, with The Reds’ feeling like the sky’s the limit…

GOOD lord, what about The Reds?

Have you seen that Luis Diaz, mate? Were you onto Mo Salah when he came on, there? Honestly, what about Thiago Alcantara?

I could go on but you’ll have long got the point by now. Anybody who watched the coming of the dawn that was Cardiff City in the FA Cup fourth round would’ve known this was in the post, but it was write large with victory against a relatively toothless Leicester City side at Anfield.

It’s not even really a slight on The Foxes, they still had some good moments and displayed nice flashes of buildup play, but ultimately they were thwarted before they could even threaten. Alisson Becker could legitimately fold his kit up and put it straight back in the drawers, such was the lack of action around his goal.

Seriously, to a man beyond The Reds’ own penalty box, there was barely a foot put wrong. Even some question marks over Curtis Jones’ performance were forgotten about by the impact of the substitutions. The games are coming thick and fast but so are the options, and that is making me want the games even thicker and even faster.

How much change do we anticipate against Burnley on Sunday afternoon? Not a great deal would be my prediction.

It’s likely to be the usual back five, save for the potential of seeing the slightly more physical Ibrahima Konate replace Joel Matip — who they’ll have an eye on for Inter Milan next midweek anyway. Wouldn’t mind a Joe Gomez diddle in either game, to be honest with you.

In midfield I’m practically bursting at the seams to see Thiago get another runout alongside his mates Fabinho and the returning Jordan Henderson. That way we’ll have Harvey Elliott to bring off the bench yet again, with the potential for cameos from any of Curtis Jones, Naby Keita and Alex Oxlade-Chamberlain.

Upfront, it feels like it just got even harder for Jurgen Klopp to look Mo Salah in the eyes and say he won’t be starting this one. He was a man possessed when he came on against Leicester, and he should be given a start alongside Roberto Firmino and Diogo Jota — with an eye to possibly getting both Luis Diaz and Sadio Mane on the bench and then starting against Inter.

The options are everywhere you look. The benches are getting stronger by the week. The best lads are being given chances to rest and recover, safe in the knowledge that what sits in reserve is strong enough to fill the void they leave.

The mood has been completely flipped on its head in a matter of days. Suddenly it feels like the sky’s the limit.

Don’t let us come down, Reds. We’re all having dreams that we don’t want to wake up from.

“I can’t remember the last time we had strength in depth like this, especially upfront… Diaz has come in and right away he’s an option, like he’s been here for years.”