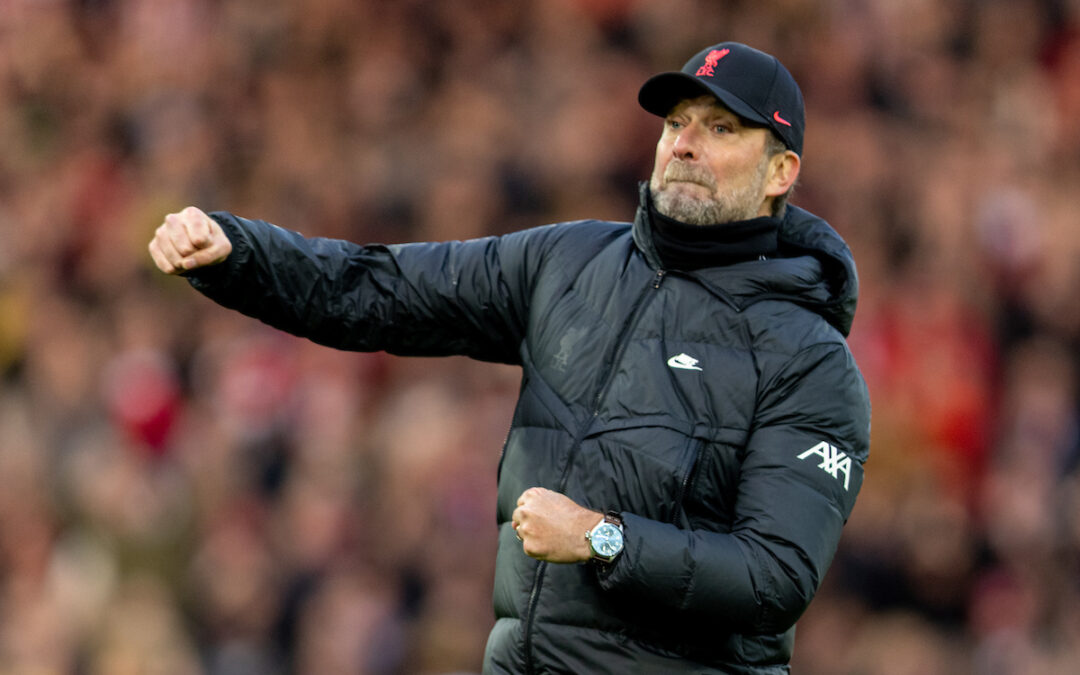 Neil Atkinson’s post-match review after Liverpool 3 Brentford 0 in the Premier League at Anfield, where The Reds just get the win…

YOU find yourself just needing. And you remember how much time matters.

The thing about matters falling into place is that it can seem mundane. The Reds have been too far from mundane. You haven’t been able to keep your eyes off them. They have been the only game in town.

Sadly, Liverpool haven’t been the same across this campaign. Today, though. Today was that. Today was them. They aren’t endlessly fascinating but they get the three points.

Liverpool got the three points.

It becomes a game without incident really. They had a setup. Liverpool had a plan. Both of these things clashed into one another until Liverpool got ahead and did the decent thing from there.

What we need to be aware of at Anfield from now until the end of the campaign is that this is us. All these games will work like this. Liverpool the better side. The opposition back pedalling. Hoping to hang on for dear life. The same problem over and over.

Alex Oxlade-Chamberlain shows everything you could ever dream of. He throws everything at 2-0 and Liverpool are delighted. They know it is done. At that moment, all over. Brentford know the same.

Making the pitch wide second half. Making the pitch too much for Brentford to bear. Over and over. And then there is the goal. When you look back, years, decades, generations, the goal you see often just appears. It isn’t from endless, immortal brilliance, but from keeping on. Liverpool keep on to keep keeping on. I wish I was talking about a wander downhill to a league title but I would be kidding us all.

League isn’t going to win itself. We may have to get silly and deadly serious.

“The goal could not have come at a better time, just before half-time. Fabinho’s emergence as a goal scoring midfielder, who could’ve seen it coming!.”