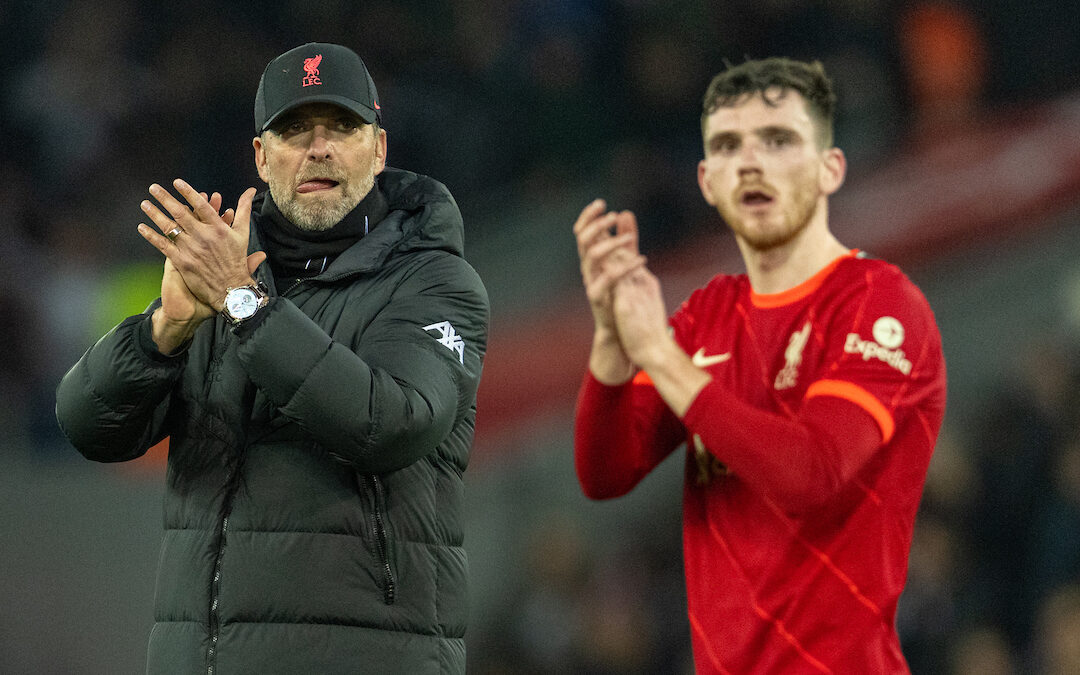 ANGRIEST you’ll have been all season, I suspect.

Mikel Arteta turns it into a training exercise and Liverpool fail the brief.

Arteta deserves credit for that. Going to 5-1-3 when down to 10 was smart. If Liverpool do a bit better it wouldn’t feel smart. But they don’t do better. And in comparison to when they were facing 11, they did worse.

It was the bluntest a good Liverpool side has looked since around the 2006-7 season, when Liverpool are good enough to make the Champions League final but more than capable of making you eat your own liver.

The goalkeeper aside, there wasn’t really a good performance on the pitch. Liverpool were sloppy when they weren’t slipshod. They were patient when they needed to be urgent, they were forcing the matter when they needed to keep it moving. They generated far too many goalkicks and nowhere near enough saves. They were second to every dropping ball when it seemed to drop their way and then, in the key moment, when the ball dropped, Takumi Minamino, in the Divock Origi position, blazed high over the bar when all he had to do was keep it down.

What an evening. I don’t mean that as a positive.

You saw performances erode. Jordan Henderson was very good till about 35. From there? The less said the better. Diogo Jota was good enough to elicit red cards till 55. From there? Don’t know. Don’t remember seeing him. Firmino friendless. Andy Robertson looked scared to death of Bukayo Saka second half which has to be the main concern going to their gaff.

You wanted more from all of them and you got less. Curtis Jones came on and was bright to start with but his mojo went the way of so many others. Had he come on earlier rather than the strange interregnum of waiting for him, could things have been different? Perhaps. Could Liverpool have introduced Gordon to make the pitch huge? Perhaps. You dance with the one that brung you, always you do, but tonight I’d have liked him to have gripped my hips and quickened it urgently.

(Though when don’t I want that?)

But the truth is this is Liverpool’s least important game of the next two, least important of the four if we are frank. Thursday offers specific redemption but Sunday comes fast and Liverpool need to be sharper. They need to give and go. They need to work their way to the edge of the box and back one another up. They need their edge and they need us to want it.

I want it. Because it hurts.

The solution to playing Liverpool can’t be “be passive till they go mad” for a second season in a row. Because if that is the case then I will go mad. We will go mad.

That’s what none of us need. Instead it is half time and it is 0-0. No more, no less. Let them try and drive us mad again if that is the way home they choose. But if they choose it, we need to rise above it and get it out of our way.

Tonight it felt like Liverpool chose to be made mad. We chose to become angry. Chose the wrong thing over and over.

Choose better Liverpool. I need you to. Because I can’t handle the opposite. Not now. If ever.

“I’m so disappointed because there was no real efforts on goal, we didn’t test that keeper enough. We have thrown away a first leg, a real missed opportunity.”