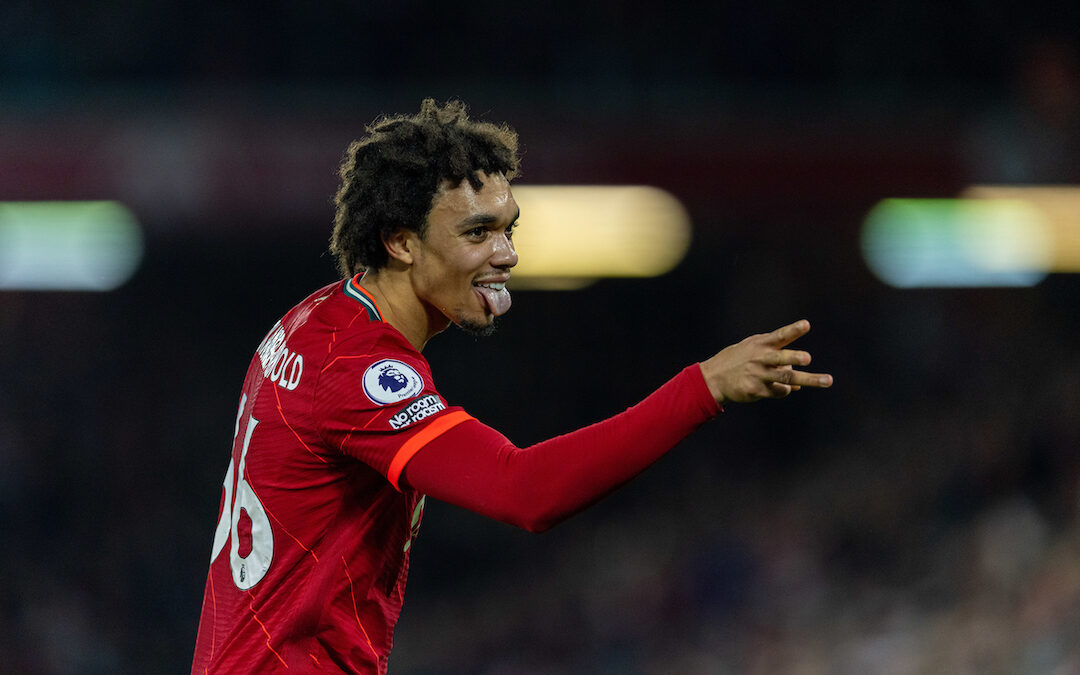 John Gibbons’ player ratings after Liverpool 3 Newcastle United 1 in the Premier League at Anfield, as Trent Alexander-Arnold stands out…

THAT was harder work than anyone wanted it to be.

Mostly our own fault and mostly, and I’m not a grass, because Thiago kept passing to them. But we got through it and we won 3-1 and we are still right in a Championship race. Here’s some scores

Had his Christmas party on Saturday and was back on it tonight. Big save at 1-1. Love you, lad. Come to ours for Christmas if you want. My sister’s a nightmare like, but my ma’s roasties are boss.

We were all getting a bit nervous and he kicked the ball right in the goal. He’s going to keep doing this for Liverpool for the next 10 years and that makes us the luckiest boys and girls on earth.

Looks a really nice player. We ask a lot of our centre halves but he seems sound with it. Happy with a one on one tussle. Like a gladiator. Should have done better with that header first half, though.

Mad how he’s become our ever present centre half, init? Let’s just keep quiet and see how long it lasts. Shhhhhhh.

Good and extra credit because it was a different position and one of his mates played like he’d been on the ale since Villa.

Hahahahahhahahah fucking hell. I remember being in a cricket team and assuming a game would be called off for rain so having a mad one only to get a text at 10am still up that the game was on. Most frightening experience of my life as some lad bowled bodyline at me as I tried to do anything possible to look like I knew what I was doing. Have blocked that memory out my life until tonight when I saw Thiago literally smacking his own head trying to come round tonight. Don’t worry la, it’s Christmas. No judgement here.

Wasn’t great to be honest but had fucking Shane MacGowan with a pint of Martini strolling round next to him so it was a tough gig really.

Scored one and wanted to score more but Jurgen took him off. Looked at Jurgen like he was the grinch who’d just charged him to wreck his house and pour juice all over his kid.

Scored eventually. Should have scored the first time really but was lucky all their defenders were on the floor so he got another go.

Enjoyed Sadio tonight. Him and Robbo back keeping the opposition guessing. It’s some sort of record drought now but you back him to rain goals soon.

Like a kid who goes back to school after summer holiday and has forgotten how to write. Was bouncing off him like the bumpers at the bowling alley.

A glorious mix of good and bad. Something for every Naby position. One great ball at least. One fucking shite shot, though.

“It was a world class strike from the best right back in the world. I wish Liverpool had got the goal earlier, but they found a way.”