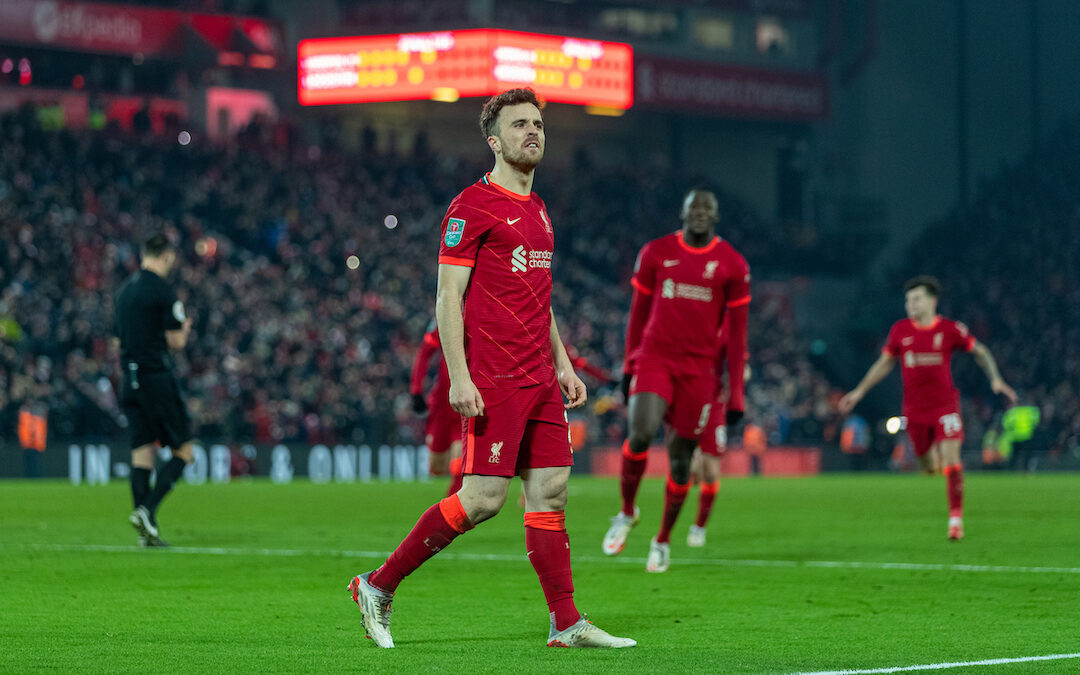 Match preview ahead of Leicester City v Liverpool in the Premier League at The King Power Stadium, with more memories to be made…

I FOUND myself in a moment of reflective awe last week.

Moments after Liverpool had secured their place in the League Cup semi final, I sat and stared at the pictures of the players celebrating with a smile beaming across my face.

Just when you thought this team, this squad, couldn’t find other ways to surprise you, produce other mad moments to write themselves into Liverpool Football Club folklore. Takumi Minamino, Caoimhin Kelleher, Diogo Jota, Leicester City dispatched just like that.

Jurgen Klopp’s now famous post-match interview was filled with emotion, the love for his players and this club literally pouring out of him. His smile beaming at you, your smile beaming back. Laughing like children, living like lovers.

It means more because it means everything. It meant more than it did 90+ minutes before. It might mean more to Owen Beck than it would to Mo Salah, but it meant everything to Diogo. It would mean an awful lot to beat them again tonight.

Beck probably won’t start even without Andy Robertson, because we have the best backup left back in the world at our disposal in Kostas Tsimikas. He might be one of the best left backs in the world full stop, to be honest. He’s really that good. 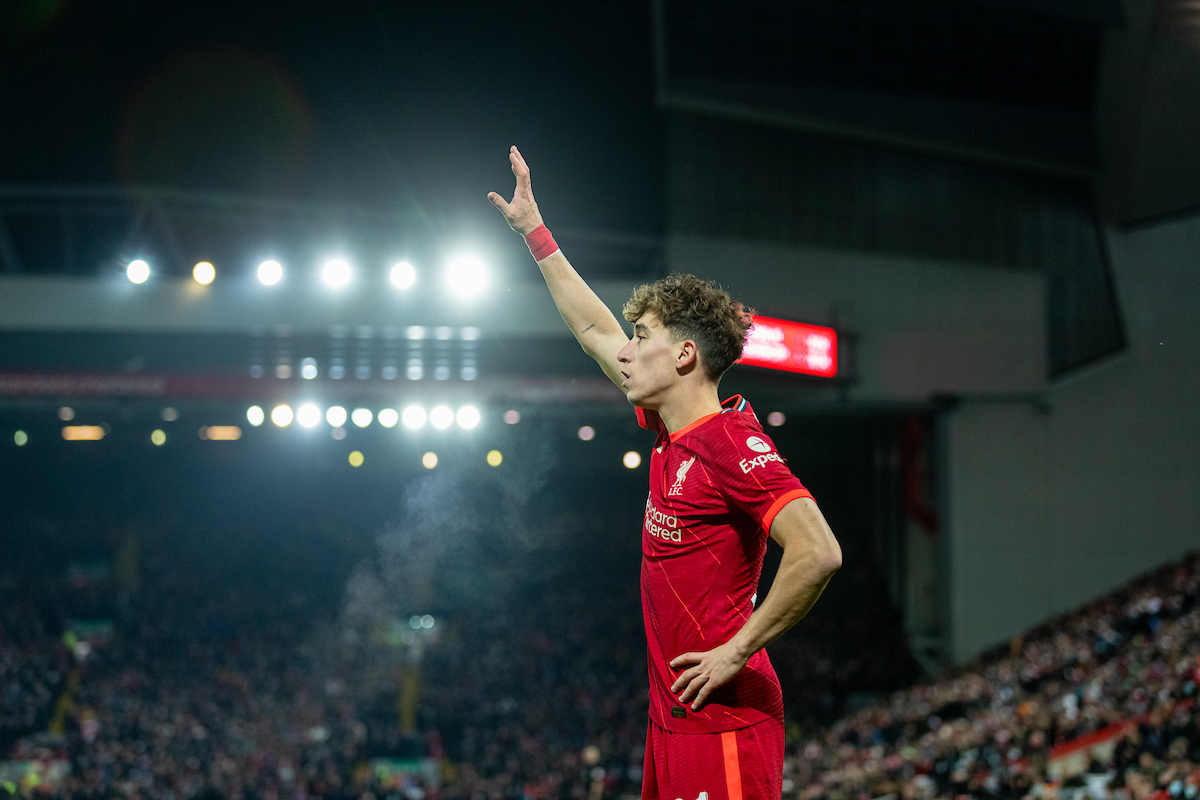 In midfield, it feels a little early for us to witness the return of the best midfield trio in the world, but we can settle for the second best with Naby Keita coming into the fray for the recently recovered Thiago Alcantara. Fabinho’s return comes at the perfect time, while captain Jordan Henderson will want to build on his hour in the League Cup.

Upfront, The Reds will boast the firepower of the best player in the world in Mo Salah, as well as two of the world’s most exciting and lethal attackers in Diogo Jota and Sadio Mane. They’ll have more excitement waiting in the wings with Thiago, Alex Oxlade-Chamberlain and Roberto Firmino, should they need it.

Last week they needed their bench to pull them back from the dead. They shouldn’t face the same problem this week, against a Leicester side who look to have lost a bit of their tough edge. This Liverpool side are all edge. They’ll want another piece of Leicester and want the same winning feeling the second string lads got at Anfield.

Into these, Liverpool. They stand in the way of more reflective awe.