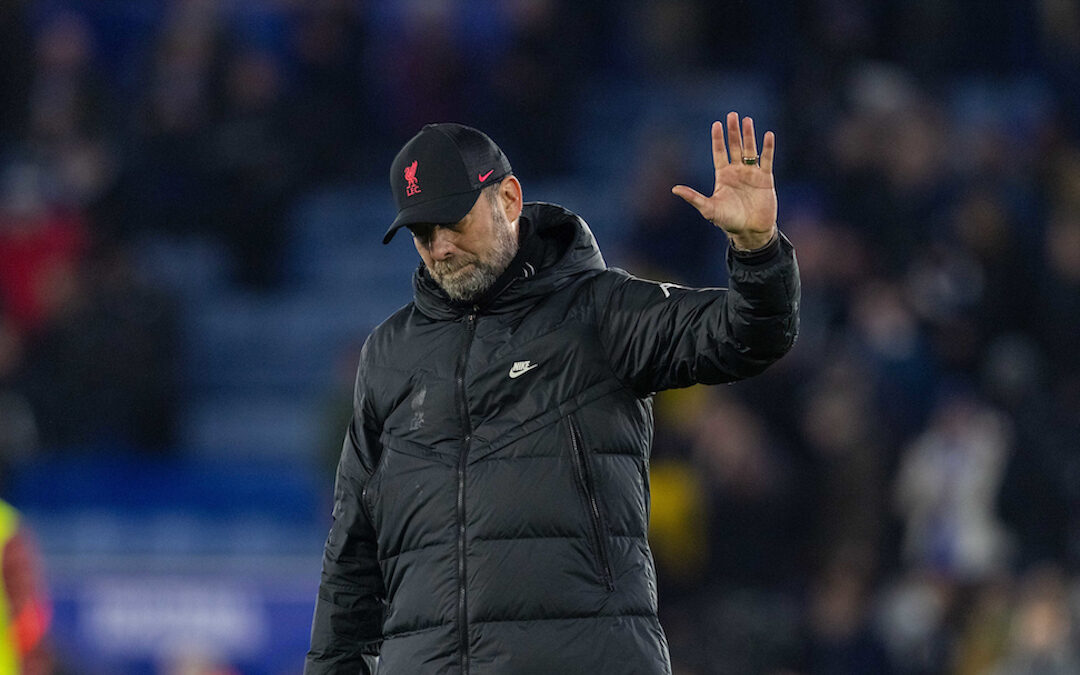 There are a variety of reasons why you should be pleased that I am not and will never ever be the Liverpool manager. But right now one reason is that I couldn’t pick them up tomorrow.

I will be barely able to pick myself up tomorrow.

And yet so it goes.

It’s three dropped. Liverpool hurt themselves over the course of the 90 minutes so deeply and repeatedly there is little left to do or say but just recount it.

I stormed out. I marched up the road. I wanted nothing to do with their gobshites but I heard them talking about the Liverpool misses and about their belief growing. I heard them chatting about speaking to their favourite steward and stating they had just thought “get to 60 and see”.

With five to go I just wanted an equaliser not for any wider reason but because they had been so fucking obnoxious as a crew. Food poverty and Hillsborough songs. Donnie, these men are cunts. For no clear reason.

This is what I mean when I say they got to believe. Liverpool offered belief and my god Leicester, a really rather good side, grabbed it.

The ball goes in off the rebound after the missed penalty and this is a different game. But it doesn’t and it isn’t.

It is a horrible game for Liverpool.

It is a shocker.

In the end this is three points we want and we don’t get. Horrible. Jurgen Klopp says it doesn’t look like us and he is right. We are usually about magic, we are usually able to be the most mundane. We are inverse in terms of magic. We aren’t Beyonce, we are The Stereophonics. Great slabs of shite making me question all of humanity.

We find ways, we dig them out. Tonight after Mo Salah misses the penalty and rebound — two clear chances he never normally would — this is 94 minutes in which Liverpool never find themselves.

Once that is clear, Leicester see this as their game to smash and grab points from a title contender with form they lack. Their goal is good. Schmeichel also gives a worthy account of himself. He loves it. He is joyous come the end.

Fuck it. Never again. Be better Liverpool but be better knowing you have made it so much steeper. I am not in this to frame Manchester City’s brilliance. I am in this to win a league. It feels like 72 dropped in that context.

Fuck it. Beat Chelsea and have a look. But my God everything hurts and I’d like to go out forever and not in a good way.

“I’m struggling to remember a Liverpool defeat I’ve been so vexxed by in a long time. They gifted three points to a side that had no hope at the start. That was gruesome, that.”

Subscribe now for all the reaction on audio and video from Leicester 👇https://t.co/8NRc2Aljnq pic.twitter.com/tlssXGNZgU