Jurgen Klopp Is Right To Not Just ‘Stick To Football’ 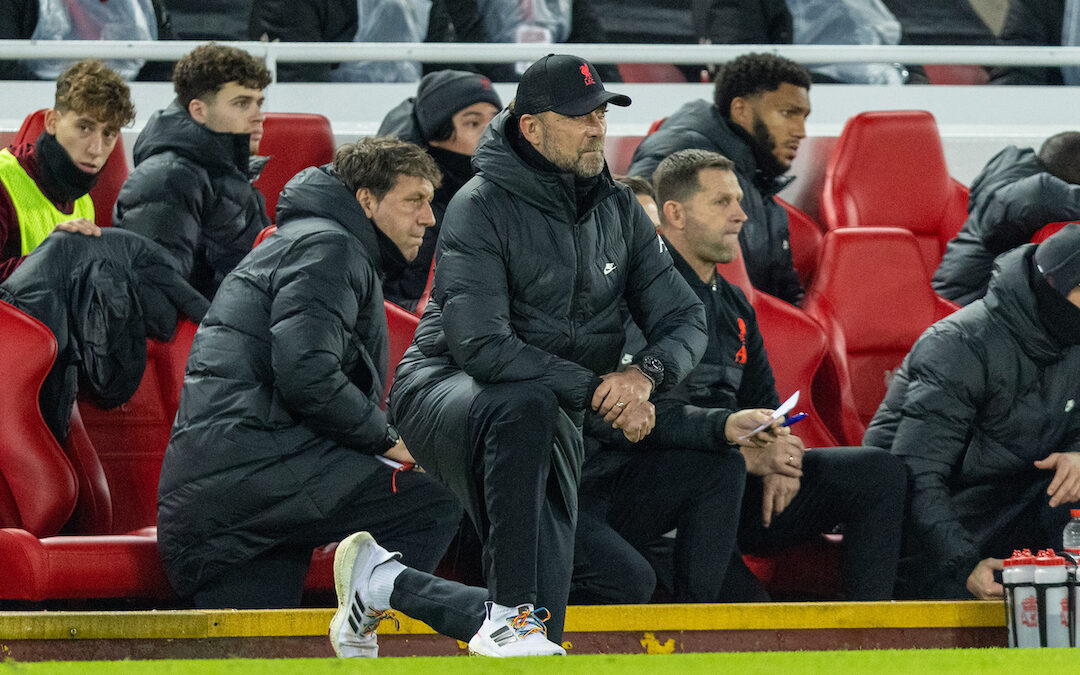 After speaking out about his vaccine beliefs Jurgen Klopp was told to stick to football, but the Liverpool manager is right to speak out…

“In 2019 the sun changed its north-south poles & does it every 9-11 years cycles & have a peak 70-year cycle, the next major factor is S02 released from Volcanic activities, we are in a influenza peak.”

There are things you’re fully aware you shouldn’t indulge: the last of the chocolates on Christmas Day, polling trends on any day or a 176 tweet reply to a very logical approach to a pandemic from the Liverpool manager.

But here we are, with eyes on the Ferrero Rocher, begging for some threat of strategy from the Labour party and knee-deep in scrolling people telling Klopp to “focus on managing a football team”.

Rather than channel Rafa Benitez versus Tom Hicks energy, Klopp prefers to be candid about his choice to “trust experts”, adding: “I follow the advice of smart, educated people who know their field because they’ve dedicated their lives to it and have studied it.”

The rhetoric often quickly becomes about sides. It’s often playground, childish and blustering in a manner which reflects those currently governing this country.

It’s a reminder that this thing of ours isn’t about feeling responsible for millions of people across the planet. We can’t control who comes through the gates or decides to support Liverpool in that sense, it’s to find a commonality of home. 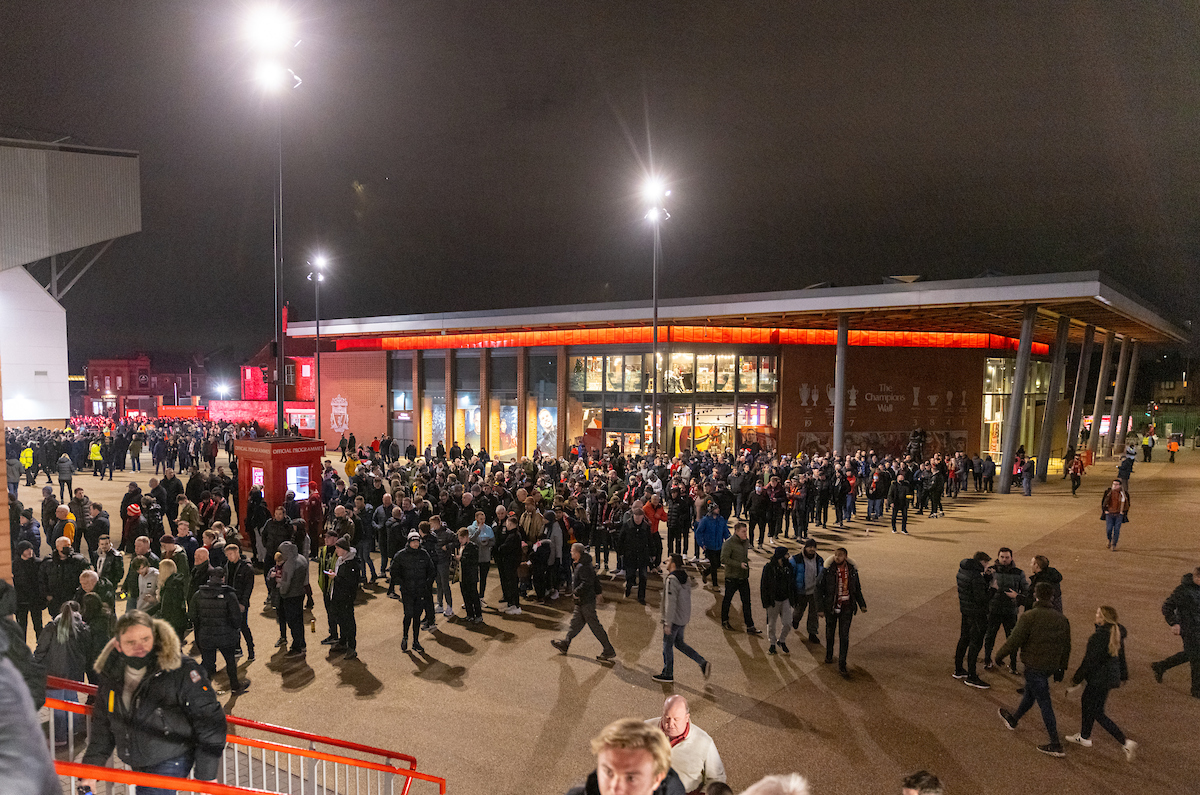 Liverpool always wants one more in that sense. It attaches values and behaviours into the mix that others, rightly or wrongly, can’t even begin to be arsed confronting.

We’re ultimately back at the point of disruption which doesn’t help anyone. People want their football to give them that sense of belonging. The players who’ve been in this environment from adolescence certainly need its sense of fulfilment to aid their own sacrifices.

Grotesquely, the Premier League and invested parties also need “satisfaction from the quality of the product on show”. All of this, along with a packed fixture schedule, shows why the desire to carry on playing the violin as water engulfs the deck of the ship becomes clearer.

Maybe then, the question shouldn’t be about the need for panic and whether to be vaccinated and more about how, overall, we’re left in a state of incognisant surprise once again when restrictions were only fully lifted in July?

If there’s one thing which will frustrate the Liverpool manager most it will be that lack of planning. Klopp doesn’t seemingly wish to engage in integrity chat on account of the fact he knows it won’t help matters in any way.

Instead, maybe what Klopp is emphasising best is the feeling of basic care for others? He doesn’t want to see his players or staff ill. His players don’t want to see their teammates or staff ill leading to a potentially battered morale in the manner Chelsea Women’s manager Emma Hayes candidly spoke of recently.

There is something in this which felt present among everyone inside Anfield last night. There was no winding down to Christmas, no “O Come, All Ye Faithful” or “Mane’s scoring”, only a quite heightened sense of trepidation on and off the pitch. 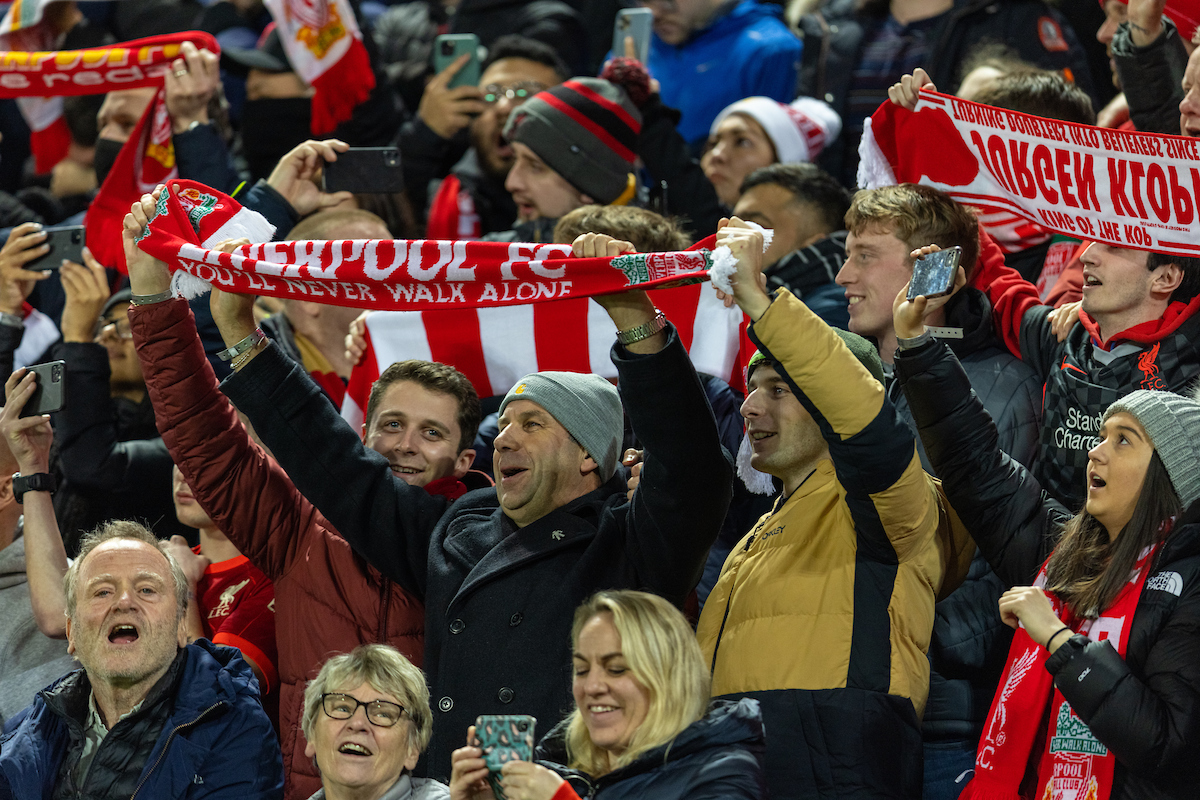 We don’t get to choose, here. We can’t decide a pandemic isn’t a pandemic or that we can live in bliss around it.

But we can choose what to do with our options to remain healthy in addition to the information we absorb and decide to believe in. That is our choice — the Liverpool staff and players included.

I decided to get the jab — next week I’ll get a booster. I will do so as someone who believes that scientific expertise across the world in developing medicines is a wonderful reflection of what humanity is capable of, rather than a cause to somehow praise a Conservative government or because I’ve been socially forced to do so.

I say this knowing full well there are people who enter the same turnstile as me, getting behind the same cause, who think completely differently.

Can we exist in the same world? It seems we already do. Rather than judge, I’ll be thankful that I seem to be on the same page as the wonderful man in charge of Liverpool Football Club. He is every inch the embodiment of this club I want and need.

Have a nice Christmas and try to relax in the knowledge this team will continue to give everything for us, in whatever circumstances it finds itself.

That much, at least, we can all agree on.

🗣Premier League v European Gulf: Midnight Caller@Knox_Harrington hosts @RorySmith, chief soccer correspondent at The New York Times, to look at the gulf between the Premier League and the rest of Europe…