How You Can Help Knowsley Food Bank This Christmas 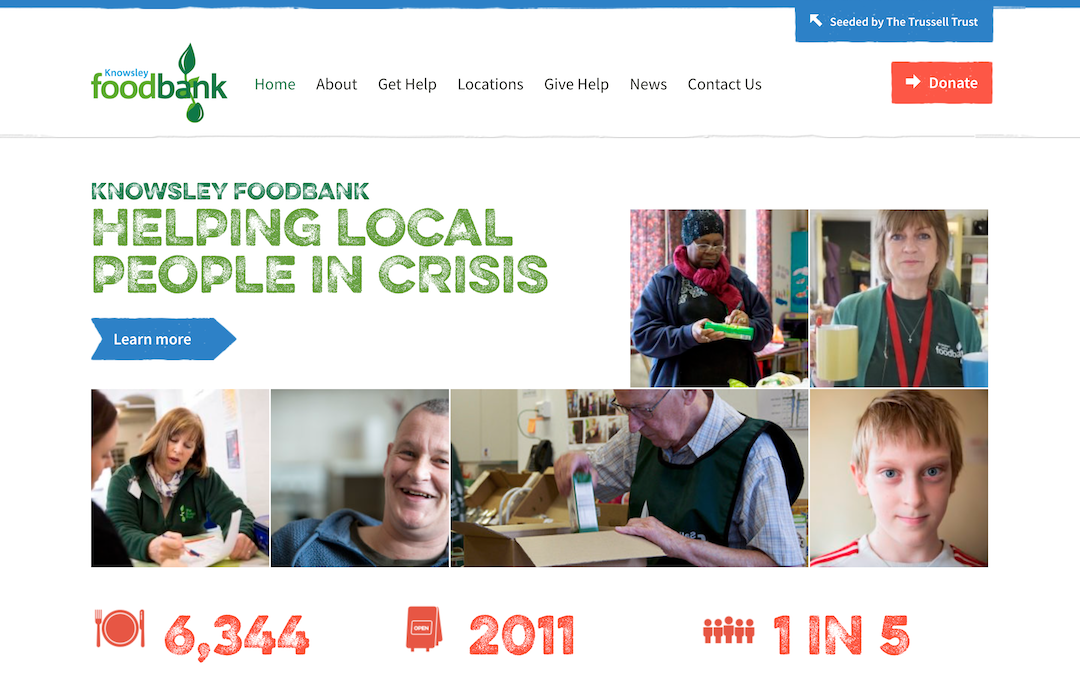 LESS than a month to go to the big day.

Have you got all your presents? Bought new clothes? Decided on those crucial food and drink choices for the festive feasts ahead of us?

Excuse the pun, but it’s easy to get wrapped up in it all. Meanwhile, people walking the same streets are making far tougher choices, like whether to heat the house or feed the family, or choosing which family members should be fed first.

I’m a Huyton lad, as you may know, and I’ve always been acutely aware of poverty (or deprivation as it’s often called) on the doorstep of where I grew up.

I can remember kids in the same school as me living in homes without carpets, surviving on a poor diet, and whose parents couldn’t afford to succumb to the peer pressure their children were under and provide the right trainers, clothes and coats to make sure their offspring would fit in. They were bullied accordingly. And what kind of start to life is that?

As a Guardian piece on the area once put it: “Knowsley is at the top and the bottom of every British economic and social league table whose top or bottom you would be anxious to avoid.”

I could go on. But you get the picture. For as long as I have been conscious enough to take it in, it’s been an area with issues. For some reason it’s often seen as the done thing not to talk about it.

That’s why The Anfield Wrap wanted to try to do something to help this Christmas, by encouraging you to help Knowsley Food Bank in the run-up to December 25.

While there has been a significant upturn in people in desperate need turning to food banks for help in recent times, there has also been a downturn in donations.

We can all take a good guess at the reasons for both of those facts. The cancellation of the £20 upturn in Universal Credit tipped many over a financial cliff.

Meanwhile, the price of shopping baskets has been on the rise, alongside petrol and energy. You can be sure wage packets haven’t headed the same way.

People feeling the pinch are less likely to donate to food banks. Meanwhile, as more are pushed into desperate situations more will turn to them for help. It’s a vicious circle.

I visited the Knowsley Food Bank depot in Huyton and it was uplifting and heartbreaking in equal measure. The commitment and caring nature of the staff shone through from the moment I stepped through the door. But sadness and frustration was also palpable.

On the wall, a whiteboard showed food items that were in short supply. It’s never truly rubbed away. The words change but the list remains. People needing help just keep on coming.

We inevitably think just of food when we hear about food banks. But this source of salvation has become much more than a provider of just meals.

Families unable to feed their young children, change their newborns, even clothe them and put them to sleep in a safe place are sadly commonplace.

And so there are nappies provided. Sanitary products. Cribs. The basics that so many of us take for granted and yet are out of reach for some, at what is already one of the most challenging times of life.

The stories and the reasons for the stories around every food bank are many and wide-ranging. Partners walking out. Domestic abuse. Redundancies. Health issues. Isolation. Debt. Depression. Delays in benefit. And more.

Christmas has to be among the worst times to struggle. Festive cheer all around, consumerism slapping you in the face, expectation from children at what should be a magical time of year for them. It’s all good if you’ve got the money to indulge. Sadly, many haven’t and truckloads of toys and treats just aren’t on the agenda.

The reception area of Avenue HQ, where The Anfield Wrap is based, at Mann Island, Liverpool is now a drop-off point for food donations for Knowsley Food Bank.

Current shortages are listed as:

Anything and everything non perishable is helpful, though.

If you are further afield, you can make cash donations to the food bank here.

If you can help out in any way, please do. Any donation makes a big difference.

Thank you and all the best.