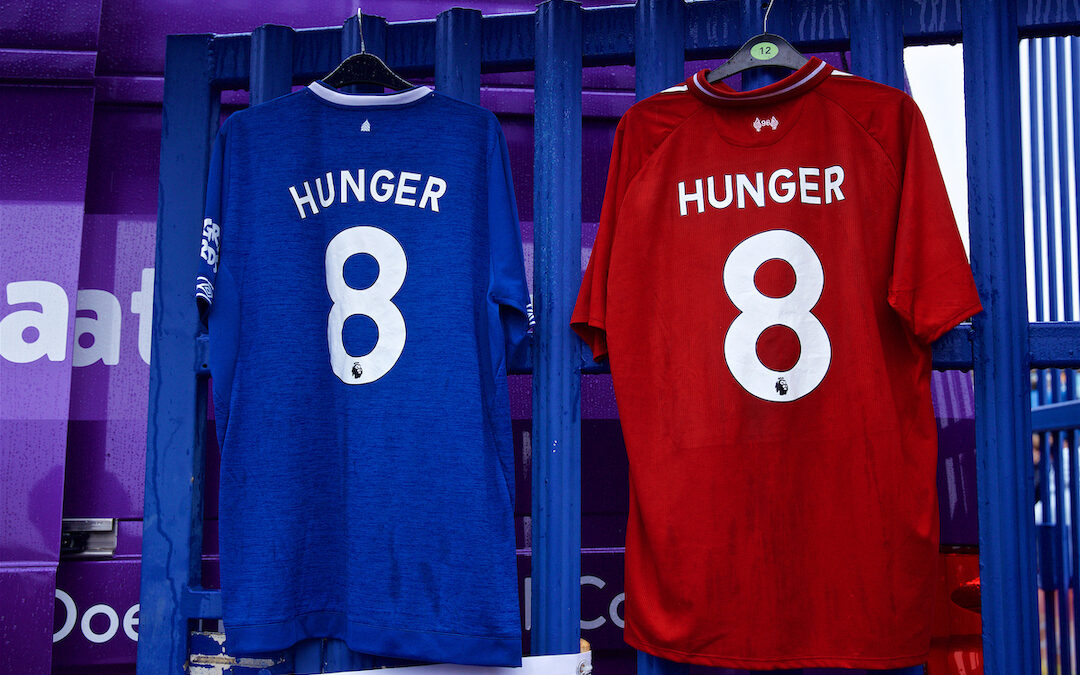 With ‘Feed The Scousers’ still prevalent in away ends at Anfield, football clearly still has more to do to accept its social responsibility…

FOLLOWING Liverpool over the years offers sobering insights into a very polarised country.

The first time you feel the geographical proximity yet cultural distance of Manchester and its football clubs.

The first time you see a Marco Pierre-White restaurant attached to a stand at Chelsea.

The first time someone from what is clearly a deprived area of the country calls you a thief, robber or drug dealer, and affixes poverty to talk down to you.

I remember my first time vividly coming from Middlesbrough — a place I’d gone a couple of times under Gerard Houllier. A place which never filled me with a sense of prosperity and life.

Commonality: the sharing of features and attributes.

Let’s establish a key point: Liverpool Football Club are often overwhelmingly more successful than most of their domestic opponents. They cannot arrive on a level playing field in that sense.

You have to acknowledge the scalp, because with the desire to scalp comes the unnecessary and the ignorance wherever in England you go.

They have to beat you in some way, right? If not on the pitch it will be through asserting superiority in whatever form they can.

It isn’t about how derelict and deprived Middlesbrough, Leicester, Lancashire or London are. The entire point of rallying against it is that you don’t judge.

There’s nothing about football in it. It’s only objective is to look to boost the egos of people who suffer the very male pride of their team losing a sporting event by pointing to poverty.

Liverpool and beyond continue to fight through with foodbank and clothing initiatives, which help because they’ve realised the problem isn’t their shame. It isn’t their doing. They’ve used football to harness a very worthy concept in that sense.

Community: a group of people living in the same place or having a particular characteristic in common.

Unfortunately, football hasn’t found a way to call its own Sunday truce of sorts. It has never agreed to leave certain things at the door.

You want rivalry and competition and this is just the “banter” that comes with it. That very word means this country is freefalling into a shitstorm so very severe, but everyone can choose to disengage because its Prime Minister has meme value.

Mud sticks. Boris Johnson and the Conservative government have flung enough in Liverpool’s direction for over five decades.

It wasn’t just Liverpool. Football in this country is still reeling from the putrid environment it became during Thatcherism.

The very worst of society was allowed to fester in its racism, misogyny and homophobia. Some things have been worked on, but it’s hard to think there is anything near collective responsibility to be socially decent.

I’m left, like many, asking what we can do about the Leicesters and Newcastles of the world? How they can be so disparate in thought and awareness.

But then I can’t pretend that I haven’t heard insinuations of things which make me uncomfortable in Liverpool away ends this season and before. I can’t be an ostrich (as an Evertonian once labelled me).

For the first time in my life, I’m questioning my place here. I love this team and manager. Their journey inspires me.

Off the pitch, it feels too hard to fix. I won’t pretend I’ve done anything remotely relevant to try. I’m only glad others do. They are far more conscious and better than I could ever pretend to be.

As we enter another Christmas decorated by the farcical, we once again must find our hope in all that we hold dear.

Liverpool is ours in every sense, I know each of you cherish it in your own way. Maybe we just have to accept that this thing isn’t ever going to be perfect.

Disengagement: the action or process of withdrawing from involvement in an activity, situation, or group.

I have some thinking to do.