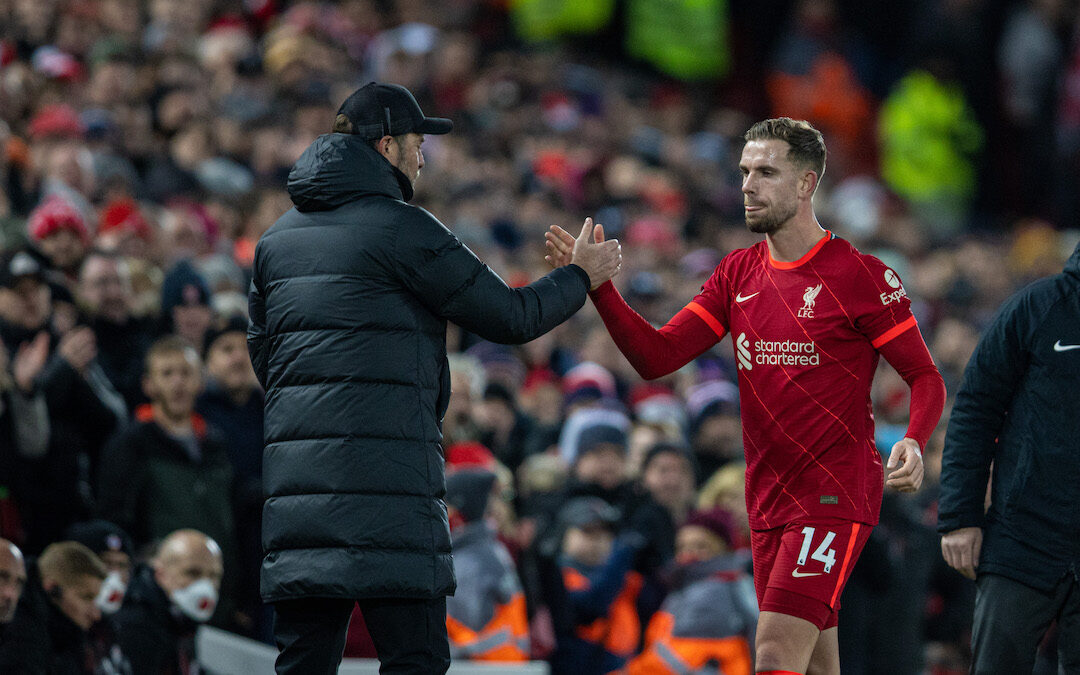 Neil Atkinson’s post-match review after Liverpool 4 Southampton 0 in the Premier League at Anfield, as The Reds eased to victory…

I WROTE the preview of this game yesterday.

If you have read it you’ll know I anticipated a far tougher game within that for Liverpool. But what you didn’t see was a text exchange between me and Josh. I asked him if he wanted me to name a predicted Southampton team as well as the Liverpool one.

Good job really. Because I didn’t see that coming. Nor did many whose full time occupation is Southampton, judging from the online reaction. Unlikely first Premier League start for a centre back and a full change of shape.

Managers make choices and unlike those of us who indulge in speculation, they get the results of their choices laid bare.

It is fair to say that Ralph Hassenhuttl’s choice was laid as bare as can be.

Throughout much of the first half it was staggering how much space Liverpool players had. Southampton want to be aggressive and press early, but in that second minute as Diogo Jota ran at themm, we could see a back three that didn’t know how to be a back three. A midfield two and a front three who both looked a man short.

And then the pressing just led to gaps, the gaps led to chances, the chances led to goals and Liverpool found themselves 3-0 up without having been especially spectacular, but while just purring beneath the surface.

There were lovely attacking moments — Sadio Mane’s ball to Andy Robertson in the build up to the first. Jordan Henderson and Mo Salah dovetailing for the second. Thiago Alcantara rolling his foot over the ball for the third. But this wasn’t truly relentless Liverpool. It didn’t need to be.

Indeed, the key moment in the first half, the most spectacular, world class moment could well be the response of the goalkeeper to Thiago’s misplaced pass at 1-0. The thing Liverpool don’t want to do is offer Southampton any encouragement, is let them get a sniff. But there was a massive, massive sniff all of a sudden.

James Ward-Prowse looked favourite right up until he very much didn’t. In three great strides and a sprawl the ball is all Alisson Becker’s. The sniff snuffed.

It was phenomenal goalkeeping. It was precisely the sort of goalkeeping you can’t quite conceive of any encumbent this century managing. You probably have to go back to Bruce Grobbelaar for the last Liverpool keeper who would be as aware, as bold and as alive to the game who full-bloodedly attempt it.

But there. That’s the difference. Possibly the difference between a frustrated first half ending 1-1 and the 3-0. And there, that’s the difficulty managers face – Hassenhuttl knows the quality of Liverpool’s players up to and including Alisson, but he can’t legislate for what it translates to.

Hassenhuttl changed it back to approximate normal at the break. But the damage had been done at one end and Alisson had helped Liverpool stand firm at the other.

The Liverpool fourth is the end of the contest in all relevant ways other than the hunt for goals. Mo Salah was frustrated with everyone and everything. Alex Oxlade-Chamberlain was brought on presumably in part to bag one to crown his recent performances. Jota was on a hat trick. Instead it was Sadio Mane who came closest, eliciting an excellent arcing save from Alex McCarthy.

Liverpool were able to have an eye on the Saturday-Wednesday-Saturday bounce, knowing that Wednesday is no normal Wednesday. Both Thiago and Henderson’s early rests suggest both could be in line to be retained. Andy Robertson should also be retained. His performance was full of scampering energy and excellent vision. Wednesday would love a lot of that.

For now, Liverpool have yet again scored more than two, have yet again created quality chances, have yet again ran between the sticks. It’s worth quietly observing that Diogo Jota takes both the opening goal and his big second half miss off the toe of Mo Salah. Liverpool’s forwards love arriving in the position of maximum opportunity at the moment.

One off the pace at least for this evening. Sleep well Messrs Carrick and Moyes. The Reds would love a favour as much as they got one from Hassenhuttl but they more than did their part.

“It’s getting to a point now that we are so superior, we are so dominant that I’m getting annoyed when Alisson has to do something. Southampton didn’t know what hit them today!”