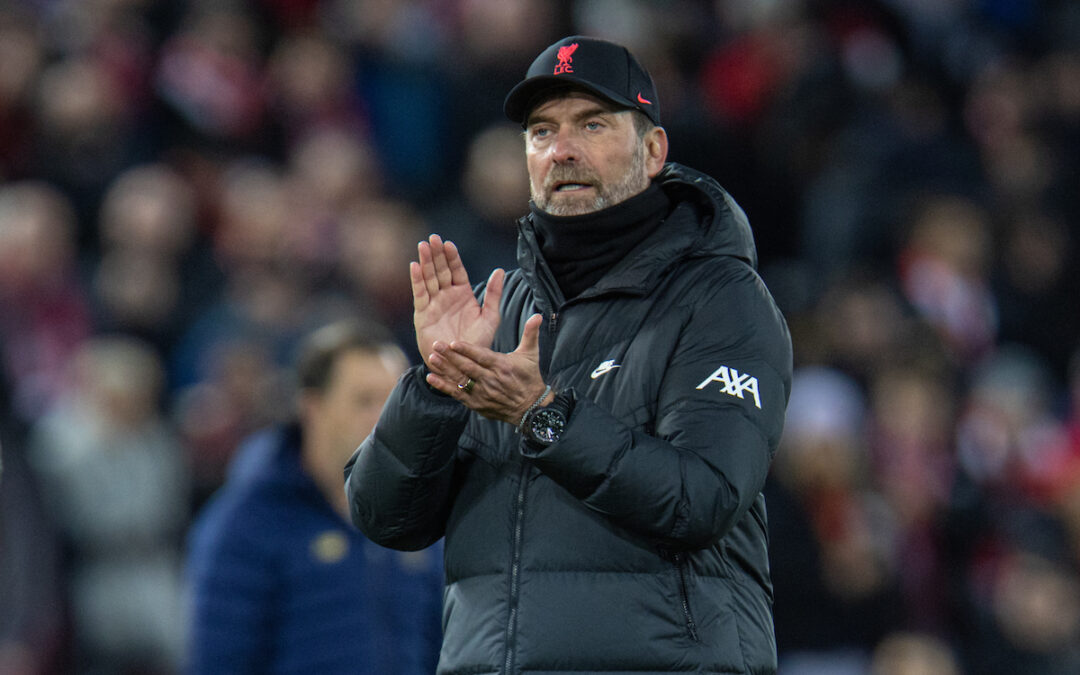 THERE are things you want to be in the ground for.

The thing you take for granted is they are magicians. At the end of our road we are able to watch some of the very best people in the world play the sport the world plays. Just there. I could walk from ours if I had to.
It’s something you can grow complacent about. Being in a supporters club on the other side of the world stops you from being complacent about it. Here are people “working from home” for an early afternoon kick off just to watch the magicians on television.
Every five minutes of watching Thiago Alcantara kick a ball is a joy. He is sumptuous in almost every movement. He makes you gasp at the banal. He rolls his foot and your purr. There truly is something sensual about the way he plays.
In the goal he checks his stride just ever so slightly and then he cuts loose, walloping so unerringly into the bottom corner. It going through the defender’s legs just adds to it. It is a goal to have seen and heard.
They are magicians. We are lucky to have them.
You can’t be sure until the legs are all counted back in, but the manager’s selection at least seemed vindicated. The players who needed minutes got them, the players who needed to be unscathed looked unscathed.
The players who need to learn got a bit of quality school time. Tyler Morton and Ibrahima Konate are at different points in their career and both play relatively well, but both come away with a video to watch of what needs to be different. It’s exciting to see Morton be on the fringe of a first team position; Liverpool’s ninth centre mid.
Liverpool’s other centre mids broadly emerged during the game. All three of Fabinho, James Milner and Jordan Henderson getting on acts as a reminder that injury crises can disappear as quickly as they can emerge. Last season was unique in general, and in particular for Liverpool for many reasons, but the crisis lasting for the majority of the season was as unique as any aspect.
Alex Oxlade-Chamberlain has another very good game. He’s as good off the ball as on it and that bodes well. He dovetails nicely through the whole game with everyone and should have an eye on Saturday. He’s been managed and has managed himself into becoming a genuine option for this Liverpool side for the rest of the season.
Mohamed Salah scores, Sadio Mane has hard lines and Liverpool equal Wolverhampton Wanderers of spring 1939 in terms of consecutive games scoring two or more goals. Liverpool are attacking brilliantly. They have never been more dangerous and what should concern rivals and opponents is they aren’t markedly overperforming their underlying numbers. They are broadly speaking scoring goals they should. It isn’t finishing, it’s constant creativity.
That said for Porto this evening it was finishing. Until Alcantara performs his most magical feat, they have chances and chances to create chances. There is both poor decision making and poor finishing from our opponents, and on another night Porto have a lead to defend by half time.
They will go into a last night shootout. Liverpool will head to Milan without James Milner who got himself booked with aplomb and knowing that everything is on the line for their opponents. Nothing on the line for Liverpool.
There was nothing on the line tonight but we got a reminder that we’re lucky to have these lads in this moment. It’s a privilege, it’s a pleasure.
These are the days my friend. This is the time. Savour it.