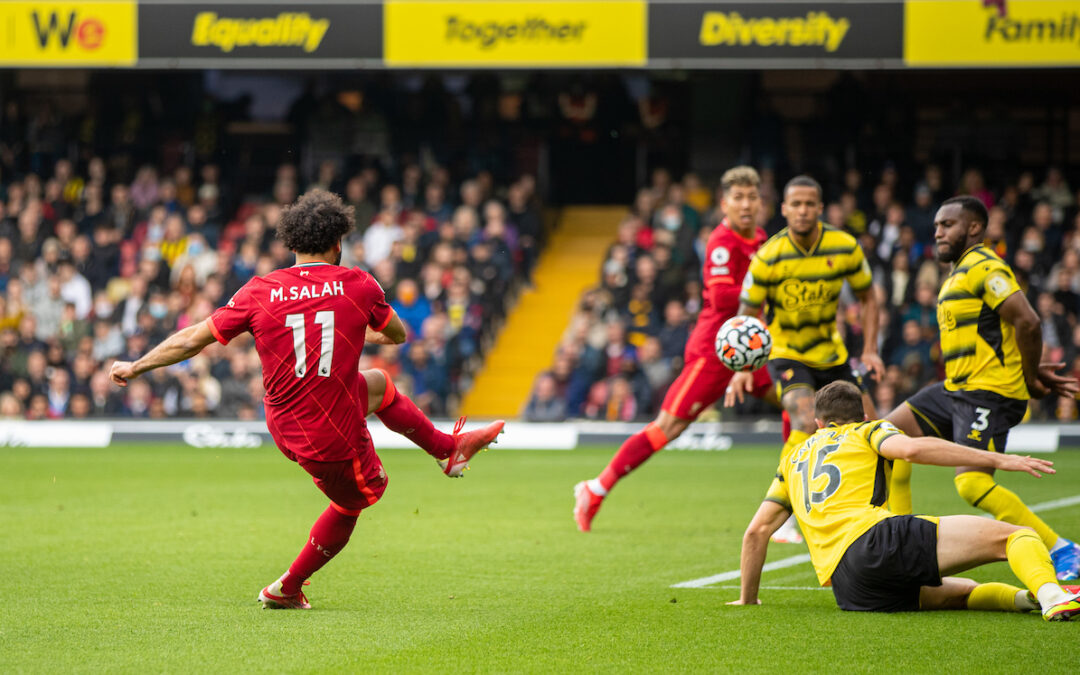 Neil Atkinson’s post-match review after Watford 0 Liverpool 5 in the Premier League at Vicarage Road, as the best player in the world stood out once again…

It can be hard to think that in the 20 years or so that preceded that date we never really, truly knew. That, for a variety of reasons it verged on unknowable, it was changeable, it was a discussion and a debate. Some players came to the party and then fell away.

In any given moment it is possible that any of the above own club men could just have been the best in the world. On a given day, with a fair breeze and with all the unknowables due to a lack of accessibility, due to the European Cup not being the Champions League, due to standard being strange and difficult to measure, any could just have been the main man.

Other clubs had their own men and prior to 2009 there could be arguments made for many a player across the planet. Ruud Gullit, Rivaldo, Kaka, Cristiano Ronaldo and Thierry Henry.

Oh Thierry Henry. What a footballer he was. He was full of grace and brains. A number 9, a number 10 and a wide player all in one. He was, for a few weeks, a few months, the best player in the world.

He was what Mo Salah is now. And Mo Salah can still get better.

Right now, the best footballer in the world plays for Liverpool. He is the best one. What he does today is absolutely irresistible. I’m talking here about the pass. The pass is Kenny in his pomp; creator supreme.

What he does for the goal is a whole new thing. He finds time that doesn’t exist. He is Keanu with the bullets. He is Simone Biles on the beam in control of body and mind. Then he is Beyonce with the baseball bat. He sees and knows and finds. You only truly inhabit that space when you know you are the one, when you know you embody the moment. When you are the moment.

What about the boys. Take Salah out of it, Roberto Firmino bangs a hat trick where he never has to bypass a goalkeeper. Take Roberto Firmino out of it and Sadio Mane secures a glorious first time finish for the second game in succession. Second game in succession he opens the scoring. Take Mane out of it as well and Jordan Henderson and Joel Matip are first to everything for the first hour, Trent Alexander-Arnold is the best passer of the ball in the league and Naby Keita just looks after space marvellously.

James Milner is again excellent. He bursts forward over and over, he’s laying it all on the line. Him and Andy Robertson work the left marvellously and then Alex Oxlade-Chamberlain comes on and he excels too.

To have the best player in the world is a luxury even we may not deserve. But we are where we are, you and I.

What a place to be.

Subscribe to The Anfield Wrap for instant reaction to all the Liverpool FC news and events that matter to you….