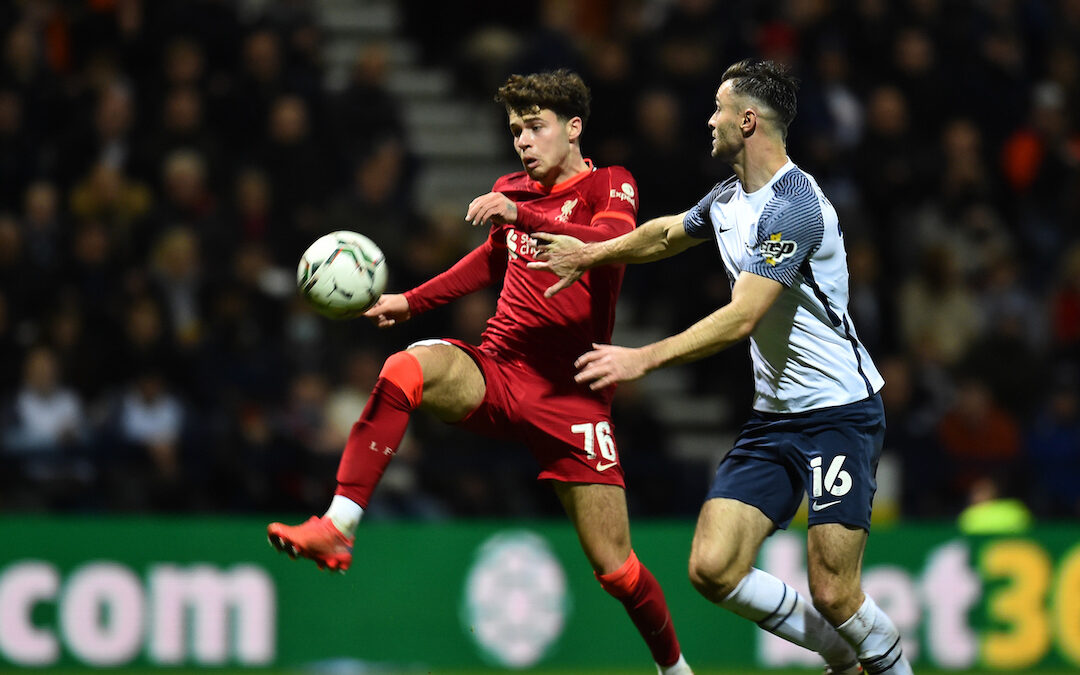 IT wasn’t a classic, was it?

The first half was a great inverted example of what the manager sometimes talks about — being brave on the ball. Liverpool refuse repeatedly to pass through the lines and, while I often think that is because a side is being clever around the lanes, I don’t think that is entirely the case this evening.

I think they just lacked a bit of confidence in one another, and in themselves, and that reduced their collective bravery.

It spreads, whatever it is, positive or negative, it’s one of the core aspects of being a team, any team, anywhere. It spreads. On this occasion it was negative, as it often is for Liverpool’s opponents.

Conversely a Preston side, a Preston crowd, which seemed exceptionally tame for 20 minutes grew in confidence. They began to believe they could hurt Liverpool. They seized some initiative, increasingly urged on by a crowd who ended their derby with Blackpool sick of them. It spreads.

Liverpool didn’t need half time but it helped. It gave the option of a reset and Liverpool took that option and were better second half.

The second half’s outstanding performer was Neco Williams who enjoyed being pushed up. He ended the game with two assists, one terrific and the other unorthodox, almost as unorthodox as Divock Origi’s finish. You just don’t get that many backflicked lobs these days.

Williams should get a third assist or a goal. First half he was on the goal line when Liverpool needed him after excellent work from Adrian.

Williams has, to this point, been sort of defined by what be isn’t. Essentially he isn’t Trent Alexander Arnold. Very, very, very few footballers are. What he may well be is a right back capable and willing to be very direct; an unconventional sledgehammer where Liverpool currently have the most exquisite scalpel. He leaves something to be pondered.

Elsewhere, until Williams moved forward, Liverpool looked most likely through Alex Oxlade-Chamberlain who looked able to pass players at will, to strike the ball brilliantly from 20 yards but who just couldn’t get his short passing in from the same distance. One poor ball to Tsimikas has him head bowed. It’ll come, he needs to know that.

Joe Gomez looked ponderous on and off it first half, but found himself imperious second. There wasn’t a lot to be imperious against during that second half, being fair, but he played what was in front of him. What had spread through Preston first half suddenly was nowhere to be found.

But nothing really hurt. It was a good workout for Liverpool and another win, another game unbeaten.

Nothing spreads like winning and right now The Reds have the knack.

“Just when you thought Divock Origi couldn’t score a madder goal, he goes and does that!”