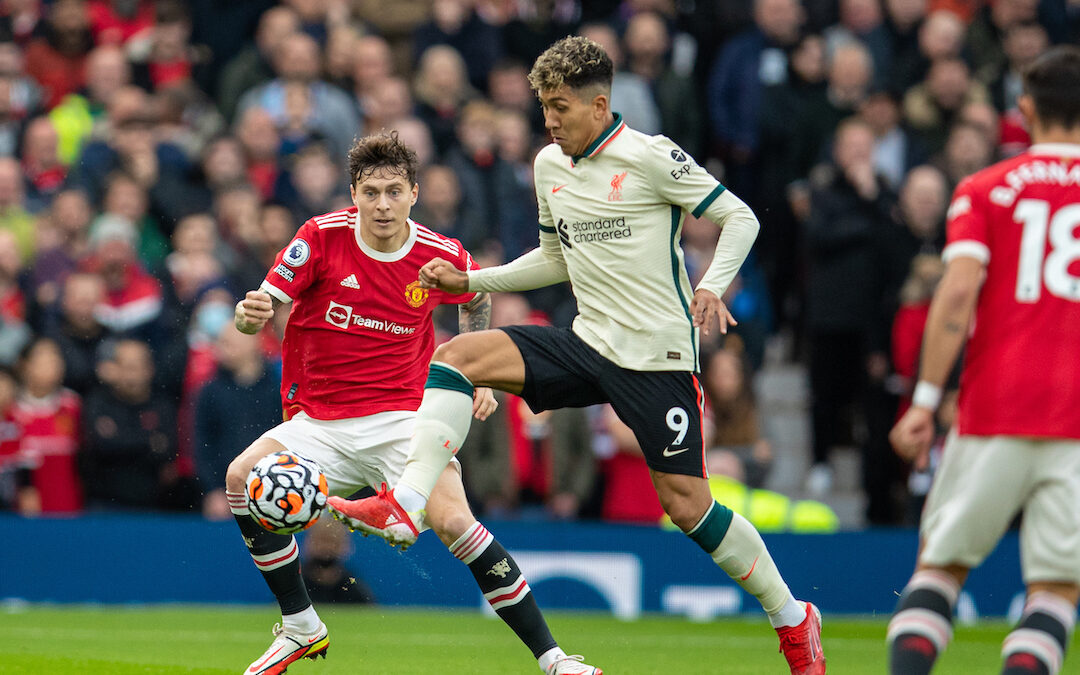 John Gibbons’ player ratings after Manchester United 0 Liverpool 5 in the Premier League at Old Trafford, and it’s 10s all round…

They might not have a real manager and they might be only half a football team compared to the boys in Red, but it’s still 5-0 at Old Trafford. It’s still a famous win at the largest ground on the biggest stage.

These boys are unreal. Liverpool took the piss on the pitch and we relentlessly took the piss in the away end and, honestly mates, I wish you could have all been there with me. But for now you’ll have to make do with this.

I reckon people just look at him and shit themselves and kick it over, you know. Eventually Cristiano Ronaldo managed to break the curse and kick it in the goal but it got disallowed and it was hardly funny at all.

So assured. His passing into midfield was exquisite and the way he carries the ball through the middle now has added a new dimension to his and our play. Lovely assist too. Love you lad x

Did little of note really but probably cause they wouldn’t run at him, the fucking cowards.

Strolled round Old Trafford like it was his back garden and he was playing with his kids. Every now and again he had to shove some kid to the ground, but he just laughed and got on with it. He’s heard rumours it’s hard at Old Trafford but he’s doubtful.

Best day out he’s had since Jurgen took him on The Big One. Heard he told the kit man not to bother washing his shirt and just hang it up for next week.

The ball for Salah’s third was so delicious it’s been given a Michelin Star. Generally just bossed it all day.

Fucking love him you know, mates. Just keeps turning up for big Liverpool wins. Reckon he enjoyed that nearly as much as us.

Ah, made up for him. Followed up a highly discussed midweek performance with an opening goal and a performance so bright the government recommend you wear glasses to watch it. His afternoon cruelly cut short by a yard dog with good marketing.

Spent the whole way home signing Mo Salah songs. OK, Mo Salah and Paul Scholes songs. But Mo Salah has no scored in 10 games in a row and he might just be the greatest ever ever seen.

Scored a lovely goal and is generally a lovely player and a lovely man and I’m almost cross he played for someone else for a bit.

Just listen to the manager talk about him after the game he speaks far better on everything than I ever could especially our number nine. An all time Liverpool legend.

Came on at a tricky time and fucking Hugo Bossed it. The way he carries the ball and releases at the perfect game is becoming a hallmark of his game. It’s a gift.

Both came on but we’d packed in by then and we were all singing about Ole being at the wheel.