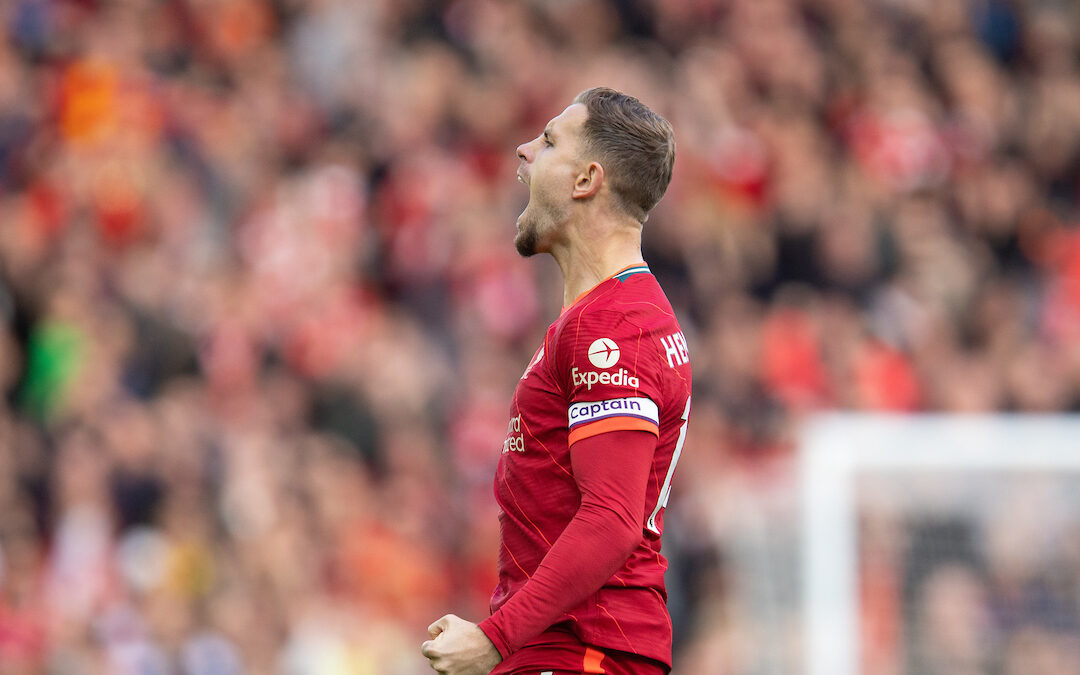 John Gibbons’ player ratings after Liverpool 2 Brighton & Hove Albion 2 in the Premier League at Anfield, and it was just a mess wasn’t it?

AH that was annoying.

Then the VAR fella ruled you couldn’t punch it in and they got one back. Then in the second half I don’t know what we were doing, to be honest, but it wasn’t very smart. Anyway. Scores.

Without watching it back I don’t feel there was much he could do with either goal. I’d like it if he could pull a worldie out in one of these high score draws, but then he feels pretty low down the list of what was wrong today.

Just didn’t feel at his dynamic best today. It’s not easy when you are expected to be an attacking outlet and hare back every time we lose possession, but he’s set himself very high standards and wasn’t able to meet them today.

Felt you got the most fight from Robbo and won some good tackles when we needed him to. Wish his free kick at the end hadn’t gone straight in the keeper’s arms, though.

Thought it was going to land right on his head at the end there. Looks a touch slow on the turn which is concerning, although understandable given the size of him. Probably expected to be three on two at the back a bit less though, to be fair.

Not quite there in terms of his ability to dig us out of situations where they look certain to score, but still managed to do it once or twice. Just looks a bit more human at the moment so maybe we can react to that instead of just thinking “we’ll all run where we want and Virgil will sort it”.

I don’t know where I am with Jordan after that really. He’s probably just about man of the match for his goal and how often he won the ball in good areas. I also think he’d like just about anyone else playing with him if he’s got to be number six. But then the midfield was a mess and he was in it and, oh god, I just don’t know.

Not a good day for Curt at all. I think he read this morning that all good midfielders look like they have time on the ball and read it as ‘take as long as you want and everyone will think you are great’. We struggled as a team with Brighton but Curtis struggled with what they were doing the most.

Ah mate. Does this effect his mad win percentage? It probably does. Went on the pitch when clearly not ready and deserves credit for that if we are going to slag him off for not standing up when it matters

Really should have scored when Mo put him through. That would have put us up 2-0 so early Naby Keita was still on the pitch. Was surprised he got so long as it wasn’t happening for him after that.

Far from his scintillating best but still our most creative force. Eleven in a row didn’t scan anyway.

Brilliant assist but not enough second half. But, again, wouldn’t have picked that midfield or even the side of the pitch. All a mess, wasn’t it?

Should have got 15 minutes more.

Mad how he came on for five minutes and played centre half.

“I understand why the second-half went like that, because we were goosed. But we need midfielders back and quickly.”

Subscribe now to watch the full On The Whistle video with reaction from Reds at Anfield 👇https://t.co/8NRc2Aljnq pic.twitter.com/p5wLVNodMC