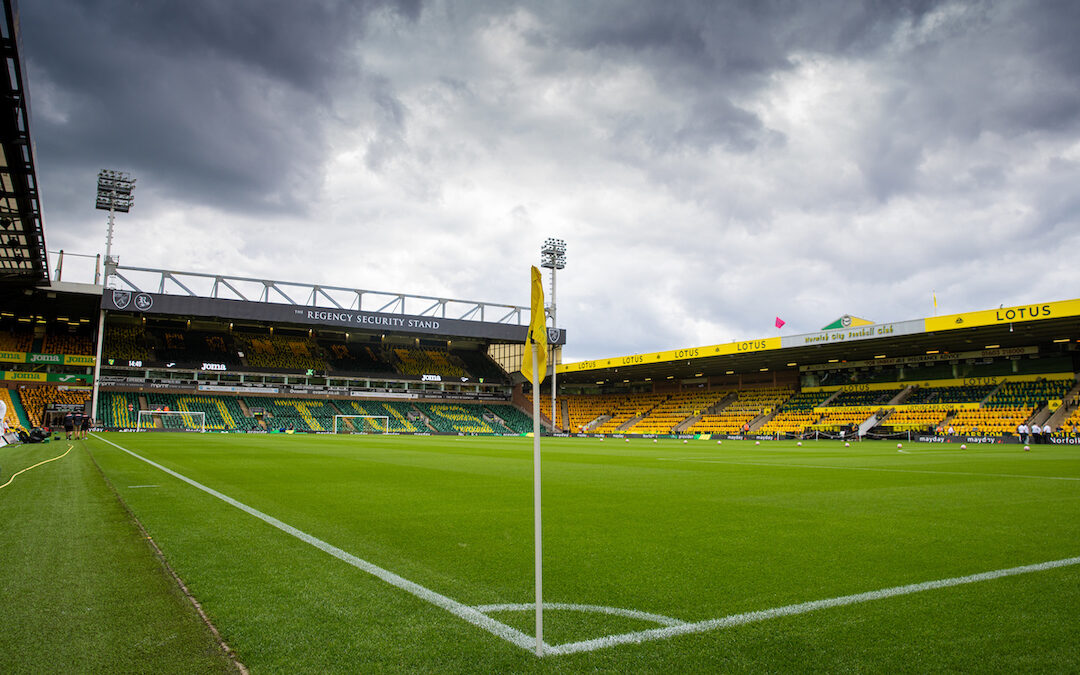 Paul Connor’s preview ahead of Norwich City v Liverpool in the League Cup third round at Carrow Road, with some confirmed already starters…

AS our trip to East Anglia to face Norwich beckons, I had a thought. A nice thought. An important thought.

And that thought turned into a question, conveniently one to the reader – how often does your mind wander back to the League Cup loss of 2016?

The 2015-16 season and its various cup runs was one of exceptional highs and deep-seated lows, but there was one thing we retrieved from it – hope. That we were in the safe, reassuring arms of Jurgen Norbert Klopp, and good things were appearing over the horizon.

That season was personally a very precious season, as my 10-year-old self got to experience just what these said highs and lows were like in the flesh, and I properly unearthed just what a special team I was following.

And I enjoyed every single minute of it. From a penalty shootout against Carlisle in the third round right up until Yaya Toure’s penalty beneath that looming Wembley arch, I was there.

It all started at home against Carlisle, a 1-1 stalemate, just about triumphant on penalties. A bad omen. Or so it looked. 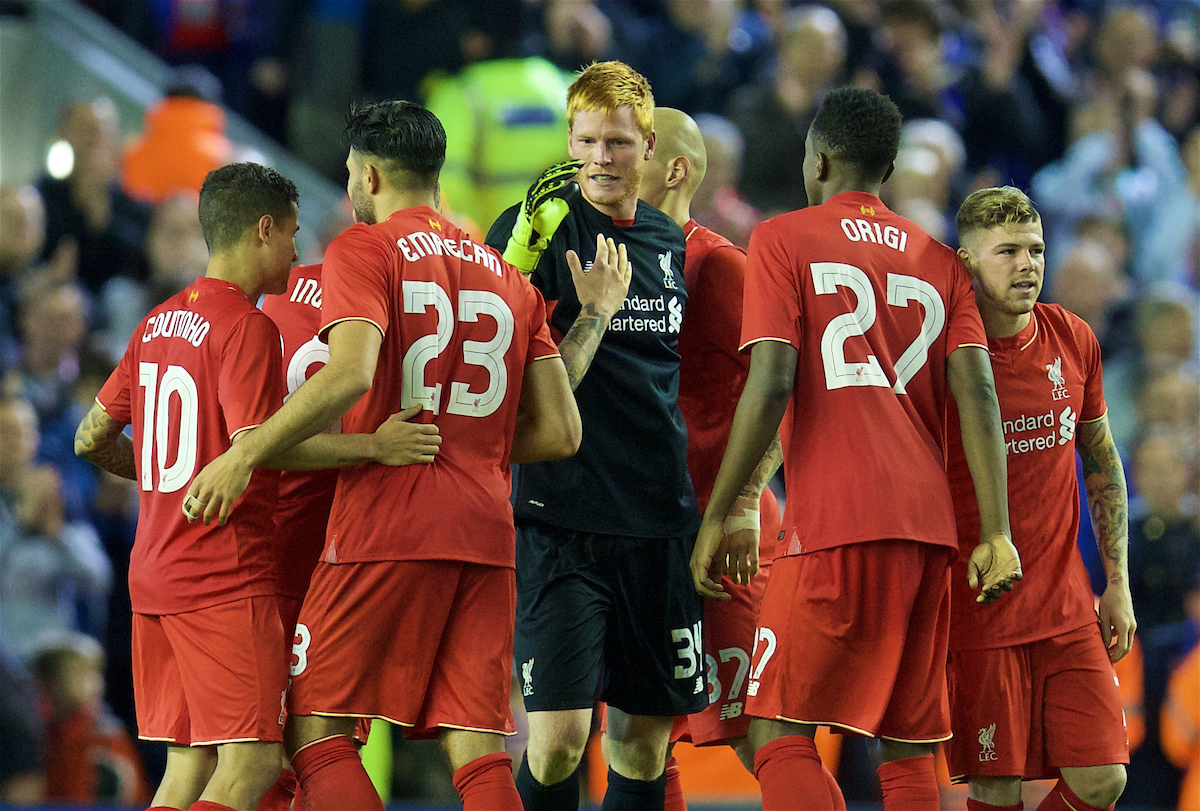 Another slender win came against Bournemouth, beaten 1-0, before a memorable demolition of Southampton in their backyard (of which, recently, doesn’t seem so special) as we swept them aside six goals to one – a certain Sadio Mane with the lone goal for the Saints.

Then came the semis. A cold night at Stoke before the return leg at Anfield. Another slim 1-0 win was recorded alongside a bitter-sweet 1-0 loss at Anfield, which was won on penalties thanks to two Mignolet stops. Liverpool were through.

We were going to Wembley. We were on the march with Jurgen’s army.

Looking back, it may not have been the most spectacular run to the final, but what mattered is that we were there. And we had big bad Manchester City to duel – which is where my story links in, trekking down to Anfield South for my first ever final – and who did we bump into? John ‘Aldo’ Aldridge himself.

Not the perfect result, but a day held close in memory.

It unraveled a hard-fought final, a draining battle – one of many chances, shots, saves. A Fernandinho goal early in the second half eventually opened the scoring, which just slipped through the body of Simon Mignolet. 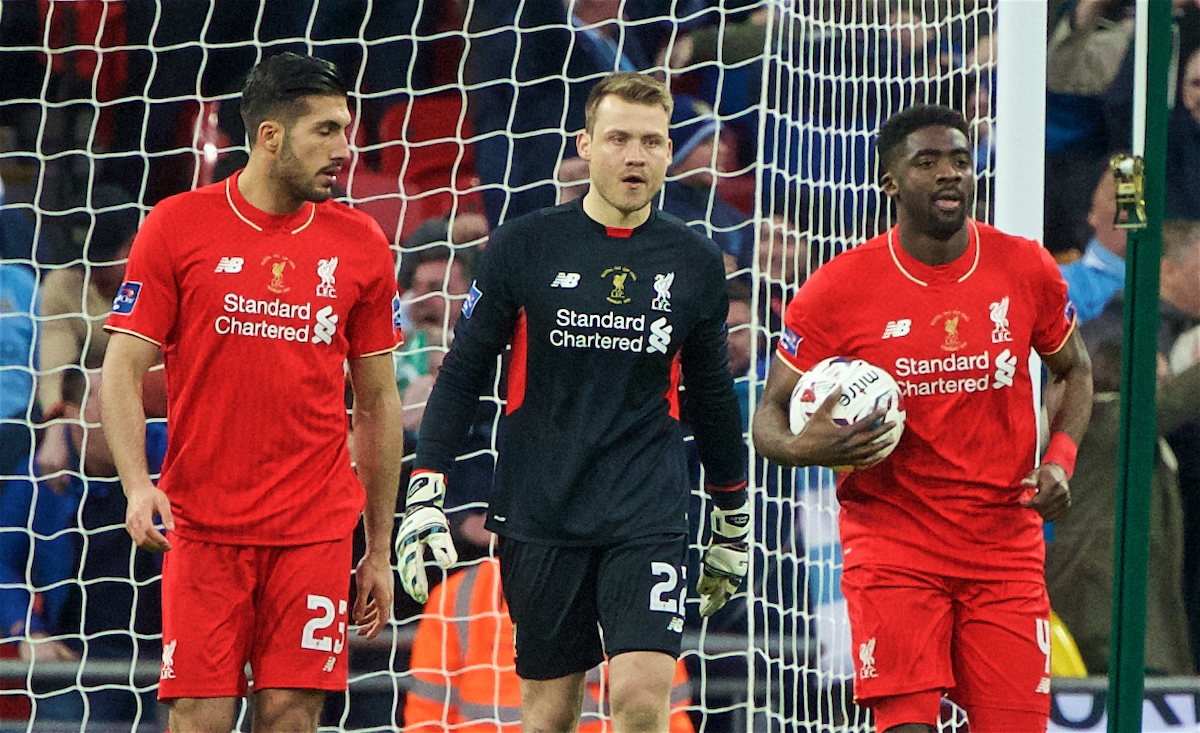 City were threatening Liverpool, but Liverpool held them at bay. Then, in the 83rd minute, comes a precious Liverpool goal, struck by none other than the magician that was Philippe Coutinho.

Extra time ensued, albeit not enough in the end, as a tired but dignified Liverpool side fell to Willy Caballero and his penalty heroics, as Manchester City lifted their fourth League Cup, and Liverpool went north-west empty handed.

However, that disappointing defeat in London alongside the Europa League final defeat to Sevilla in Basel, were not failures – no matter what the score says – they were milestones. Mere hurdles, hurdles on the way to greatness, even if many players moved on before that time of greatness – they were there in 2016.

Simon Mignolet, Lucas Leiva, Daniel Sturridge, Mamadou Sakho, Nathaniel Clyne, Philippe Coutinho, Emre Can and many more all put their efforts into putting Liverpool back into their rightful place as the greatest team in Europe and the World.

They were part of it. And the boys starting tonight can write that next chapter.

Pep Lijnders confirmed that Caoimhin Kelleher and Curtis Jones are set to start, while Conor Bradley and Kaide Gordon also look likely to be involved after being left out of the U23s squad against Leeds United on Sunday. Thiago Alcantara, Trent Alexander-Arnold, Roberto Firmino and Neco Williams will not be a part of the squad.