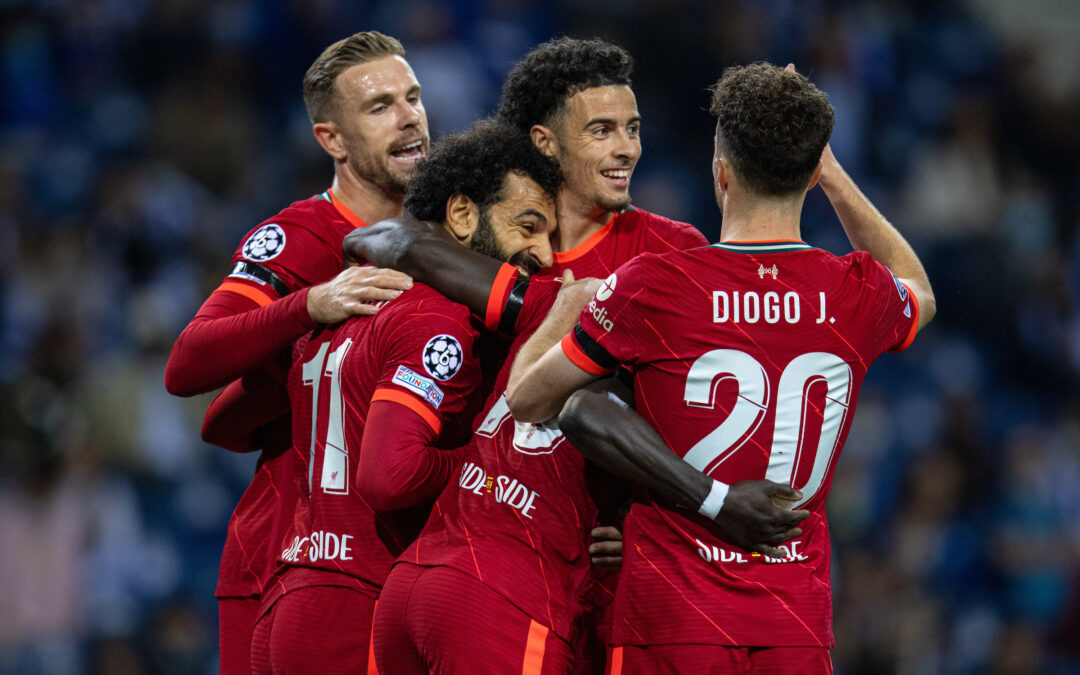 LIVERPOOL were outstanding at Porto.

Curtis Jones was outstanding at Porto.

Last season Jones was excellent home and away against Ajax, getting a key goal at Anfield. But tonight was stuff from another level. No matter how or why or what he is integral to all five goals Liverpool score. Some of it was sumptuous, some of it was bludgeoning and you know what, you need a load of both.

In a sense this is the midfielder Liverpool have grown across the last three or four years. Prior to him breaking into the first team he was capable of banging in hat-tricks at youth level. Last season so much of what he did was about being reasonable, responsible, part of the unit. Tonight was a combination of the two, the best bits of both. He lived his life on the half turn, the ball moving across his body when required, his touch certain whenever needed.

He kept it ticking. He broke into areas. He beat men. He played killer passes. He shot from distance. Whatever he did, it made an impact. The game belonged to him in a way which a butterfly collector pins the quarry to the page. Beautiful. Certain.

Elsewhere Liverpool’s fourth was amongst my favourite goals in an age. I love a slow goal. I love a chase. I love a fruitless chase as Liverpool score a slow goal. Roberto Firmino’s finish was your horse leading and being chased down but still just winning by a nose on the photograph. It was a visceral pleasure.

Mo Salah scored two, one more than his regulation one this season. He is playing so well, loving his work and constantly impressing.

In a lot of ways this also proved to be Diogo Jota’s best game for Liverpool without a goal. He was constantly involved and he’d have hard lines not to start on Sunday.

James Milner may have to but we know he will think it through and sort it out. He’s a remarkable footballer. Tenacious, yes. Unbelievably fit for his age? Tick that box. But his brain purrs its way through a match. He solves problems and will use any tool in his toolbox to do it.

Andy Robertson gave the sort of performance which under normal circumstances would have us all overjoyed. Sadio Mane gets his goal, shows his touch and carries the piano while playing it beautifully.

Jordan Henderson spends the whole of the first half being dangerous and Fabinho is first to everything.

But the night truly is Curtis Jones’s. Everywhere you looked there was the player of the game, but there was only one man of the match.