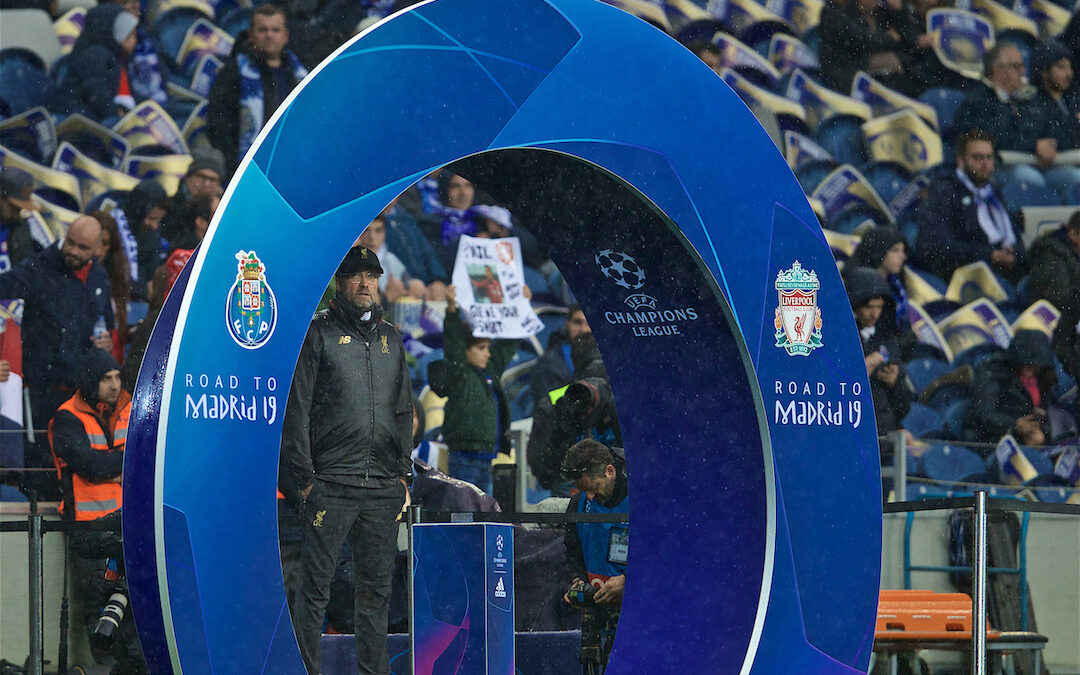 ITV have very kindly been screening the Rocky films the last few weeks of a Friday night and it reminded me this week that the boss man is a big fan.

Jurgen Klopp of course famously did an impromptu impression of the Italian Stallion on the pitch post match after The Reds beat Chelsea on penalties to win The Super Cup in 2019.

And he had previously revealed his love for Rocky films, detailing how he used scenes from Rocky IV to try to motivate his Dortmund players before a big match with Bayern Munich.

“It should be like learning the alphabet. If you watch these movies and you don’t want to climb to the top of a mountain, then I think something is wrong with you.”

What Rocky lines might the manager be using on his players right now? Because it might just be that what he has to say is more important than what they can work on at the practice pitches right now.

Klopp talked in his pre-match press conference of the difficulties this relentless period offers Liverpool, with only limited time on the training pitch to work on things.

The game at Porto is Liverpool’s sixth in just 16 days – with Manchester City to come at Anfield on Sunday.

When that’s the case, we’re back to the other side of the sport – motivation, spirit, will to win, drive, desire; the mental side of it all.

It’s this that will surely see Liverpool through. If there’s one thing we know this manager, and his team, are world class at, it’s getting his players to run through walls time and again.

“Every champion was once a contender that refused to give up,” is one of the many wise words from the Rocky films.

And it should be a comfort to us. Once upon a time not so long ago, Reds would look at the squad and ask a very simple question: “How many of them know what it takes to win things? How many of them won a league, or a Champions League?”

Then, there were not many. Now it is the vast majority.

Football being what football is, even a draw away from home is now cast as a crisis and – as ever – there has been the usual trudge through knee-deep reactive bullshit online following the draw with Brentford.

Klopp, though, is a master at creating a reaction to any adversity.

It’s easy to assume Porto shouldn’t be too tough a test based on recent history – Liverpool have faced them eight times in European competition and are yet to taste defeat.

Yet, as the manager was keen to stress pre-game, they are no mugs. Like Liverpool, they are unbeaten this season so far.

And Porto could and should have beaten Atletico Madrid in the first round of Champions League matches, carving out the better chances and having a goal ruled out for handball.

They also held Manchester City to a 0-0 draw and claimed a 2-1 win over Juventus at the Estadio do Dragao last term, which suggests more grit and game than previous incarnations of Porto.

The Reds, though, can say the same. This a team full of winners. A team of class. And a team that got off to a flyer with the 3-2 win at Anfield over AC Milan.

Klopp will undoubtedly rotate the starting line up once again with the question being how many changes he makes not whether he makes any changes at all.

Joel Matip has been the form defender for Liverpool so far this season and will likely be rested for Sunday’s Premier League showdown with City, offering a chance for Ibrahima Konate or Joe Gomez.

Kostas Tsimikas could get the nod on the left with Trent Alexander-Arnold likely asked to go again on the other side with Neco Williams only just back in training and James Milner only a break-glass option in that position despite the quality of his performance against Crystal Palace.

In midfield fit-again Naby Keita and Milner will come into contention with Jordan Henderson maybe having his legs saved for the weekend, while Bobby Firmino, Divock Origi and Takumi Minamino, who did his chances of a start no harm at Norwich, will vy to break up Saturday’s starting front three.

From that same interview referenced above, Klopp said: “I think 98 per cent of football is about dealing with failure and still being able to smile and find joy in the game the next day.”

On Saturday, he was disappointed. He was unhappy with the defending. He will expect a reaction. He won’t want that feeling again. Porto, you have been warned.

“Big arms can move rocks. But words can move mountains.”

Is right, Rocky (and thanks again, ITV).