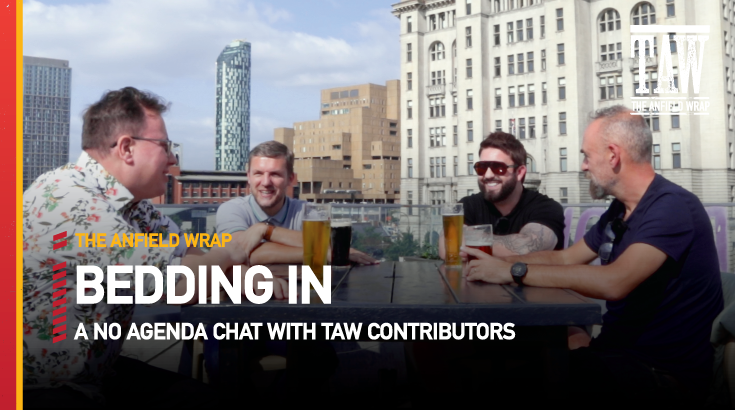 Bedding in at the pub for a wide-ranging chat, with waterfront bar Matou the setting to talk Liverpool, AC Milan and the Champions League. Neil Atkinson hosts Gareth Roberts, Rob Gutmann and Ian Ryan.

Last season Milan finished second in manager Stefano Pioli’s first full season, 11 points behind their neighbours Inter who were crowned champions with four games to spare. Their top goal scorer was Zlatan Ibrahimovic with 15 goals, while their other noteworthy performers were Sandro Tonali, Franck Kessie, Theo Hernandez and Gianluigi Donnarumma.

This summer, however, Donnarumma left the club to join PSG on a free, Hakan Calhanoglu signed for rivals Inter, and Mario Mandzukic retired from football. They have made quite a few noteworthy signings including Fikayo Tomori and Olivier Giroud from Chelsea.

Liverpool and AC Milan have only met in a competitive game in the 2005 and 2007 Champions League finals – with the famous final in Istanbul and The Reds’ subsequent 2-1 loss in Athens. This means Liverpool have yet to actually meet the Rossoneri in a game which wasn’t a final, although there were recent meetings between the two sides in the pre-season tours of 2014 and 2016.