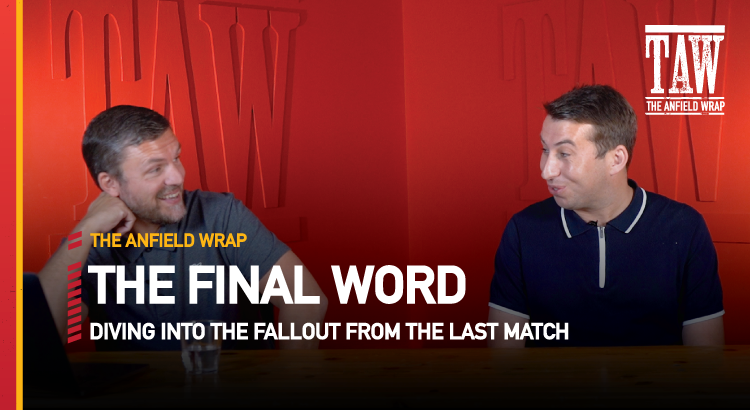 For the final word on Leeds United 0 Liverpool 3 in the Premier League at Elland Road, including Trent Alexander-Arnold, Mo Salah and more. Gareth Roberts is joined by Shaun O’Donnell…

They also talk about Mo Salah, who has snuck into the Premier League’s top chances created list with 13, four of which were yesterday against Leeds. And of course he scored his third league goal of the season and his 100th overall in the top flight. He’s the fifth fastest to that landmark in the Premier League, behind only Alan Shearer, Harry Kane, Sergio Aguero and Thierry Henry.

The lads discuss just how good Trent Alexander-Arnold was during yesterday’s match, highlighting his stats from the game and from his already impressive career, as well as the idea that Trent may be far to underrated by Gareth Southgate and football fans in general, as Leeds fans, in their wisdom, labeled him “just a shit Kyle Walker”.

Also on the agenda was the midfield, as both Thiago Alcantara and Fabinho put in performances to be proud of. In his first start of the season, Thiago made as many tackles as the rest of the Liverpool team combined and maintained 90 per cent pass accuracy according to Squawka. Fabinho’s numbers were as impressive with 100 per cent of his aerial duels won, 55 touches, five interceptions, three shots, two clearances and one goal.