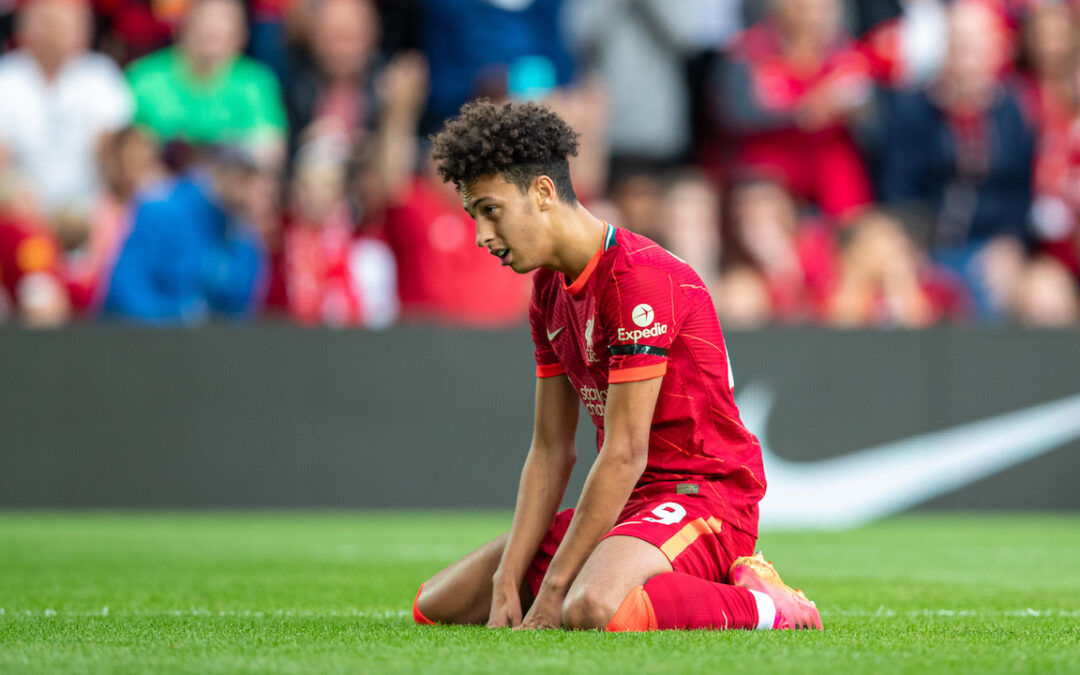 With Jurgen Klopp giving youth a chance again in pre-season, Josh Sexton highlights the Liverpool FC Academy graduates who stood out most…

PRE-SEASON is always an exciting time.

There’s something great about seeing The Reds return to action, even if it’s in a far foreign land and even if, as with this year, it’s behind closed doors.

Of course we’d all much prefer the return of the tours, where hundreds of thousands of Kopites all around the world get the chance to see our lads in action, before they come back home to set the wheels in motion to win all the trophies.

But it’s still nice, particularly given all the shite we’ve been served for the last 18 months, to see our lads back together again, in their bright new kits, in bright sunny climates, with their bright teeth and tans, getting themselves up to speed for the new season.

There were still a lucky few of us who got to see them live this time around, and the sense of occasion didn’t seem lost on many.

Well, just imagine what it meant to the young lads who were given the opportunity to play in front of those 40,000 lucky Liverpudlians inside Anfield. 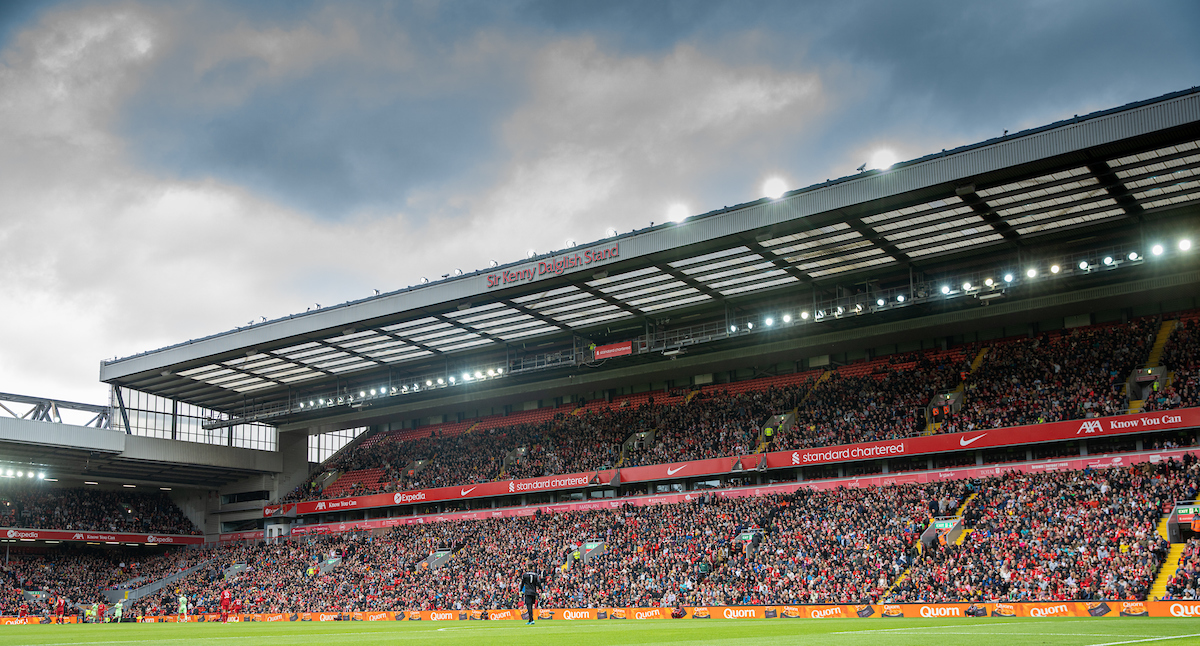 And they all deserved it. Over the course of the pre-season we’ve seen many different combinations of teams, which has afforded lots of the younger lads the chance to get senior minutes under their belts, and you’d be hard pressed to find any of them who haven’t shown at least a glimpse of good things to come.

Harvey Elliott has of course been the biggest revelation, but we already knew from what we saw of his first-team appearances in 2019-20 and the good noises coming out of Blackburn Rovers about his time there, that this summer was likely to be a big one.

Though he only joined the club in the summer of 2019, he did spend much of his first season with the U23s at Premier League 2 level and U19s UEFA Youth League level alongside Curtis Jones and Neco Williams before the season was cut short by the pandemic.

Curtis and Neco are two lads who we know much more about from their time with the senior side so far, and both have shown flashes of what they can continue to bring to this team in the future – barring any injury issues with the former and transfer dealings with the latter.

One man whose place in the squad seems to be certain is Caoimhin Kelleher, who has similarly shown his stripes at high levels for Liverpool, but he’ll be filled with confidence by the way he’s been used and what he’s shown during these past three weeks in particular.

All four of them will be considered fully fledged members of the first team this season, but what about the lads that are likely to be lesser spotted that side of Kirkby?

Leighton Clarkson had been training with Jurgen Klopp and co for much of last season in fairness and, though a loan move looks likely to be on his horizon, he should be full of confidence about how he’s performed this summer and will hope he can carry that on into this season, wherever he spends it. 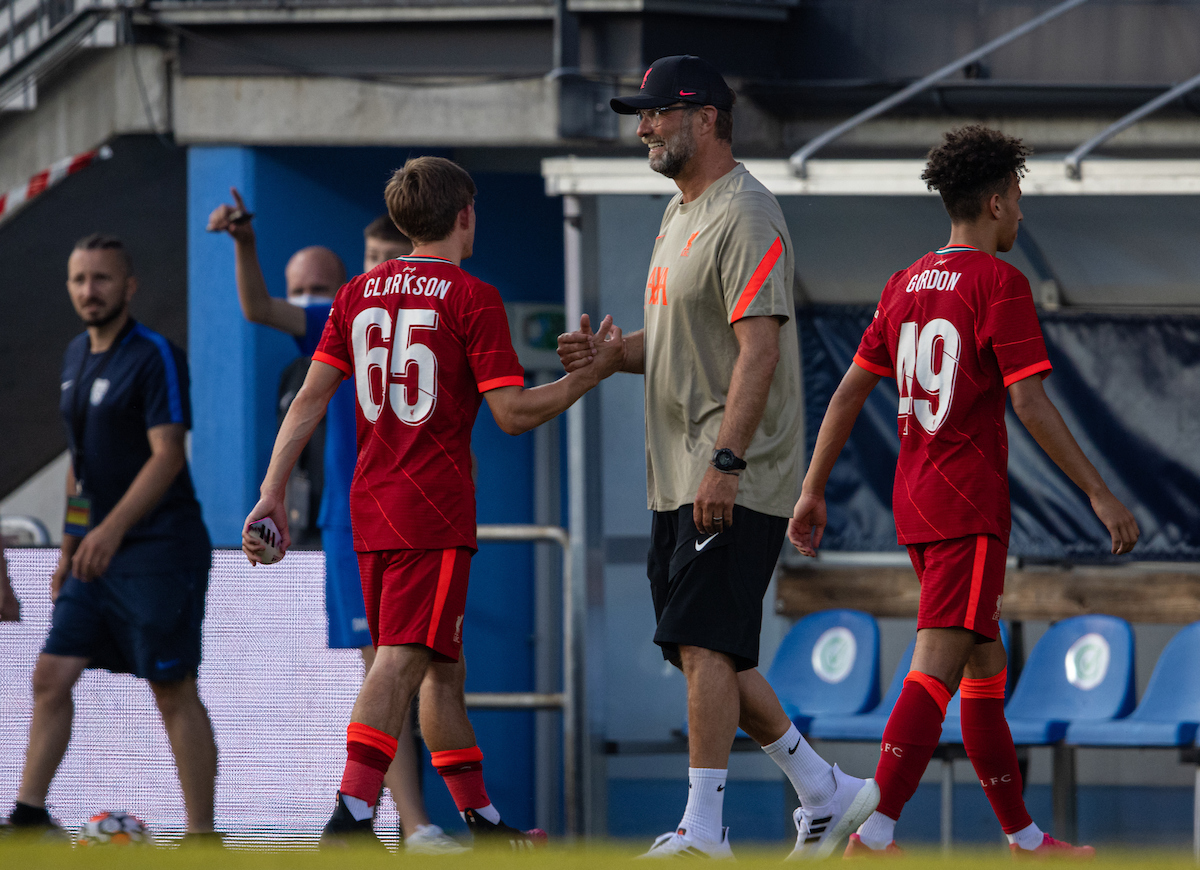 What Clarkson lacks in physical stature he more than makes up for in vision and technique, and his playmaking efforts have been a crucial part of his game as he has risen through the ranks at the club to eventually catch the eye of Klopp.

Ben Woodburn is another name the manager will be absolutely no stranger to, though he has had a turbulent few years away from the squad with mixed loan spells and injury issues, but he has impressed this pre-season and, despite interest from clubs around Europe, might have done enough to play his way into the plans.

Woodburn’s game has evolved from the days where he looked little more than a wide forward option, becoming more well rounded as a player and as a person, demonstrated in particular during his time captaining the U23s last season as he took on the responsibility of looking after some of the younger lads.

Woodburn remains the club’s youngest ever goal scorer at 17 years and 45 days old, but it would be no surprise if Kaide Gorden was given the opportunity to break that record this season.

The 16-year-old signed from Derby in February and impressed at U18s level in his first few months, but few could’ve predicted the impact he’d make among the stars this summer, and he’s been rewarded with big minutes by Klopp while doing his chances of more senior minutes this season absolutely no harm.

The club will no doubt be cautious around Kaide and have no need to rush him with the forward options already at their disposal, he’ll be confident he can rise through the ranks rapidly with the solid platform he’s built.

While attackers are in no short supply at Anfield, Liverpool have suffered some loss in the left back with injury to Andy Robertson, which may see Owen Beck rewarded with some time around the first team until the Scot makes a full recovery. 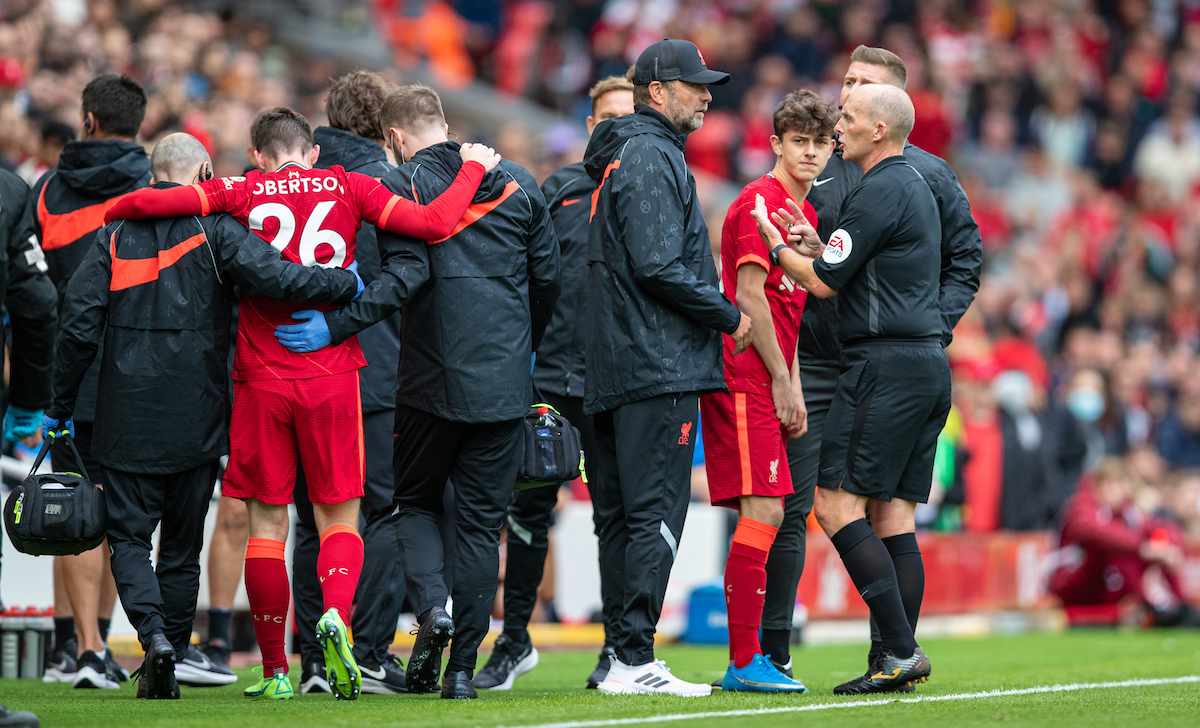 Beck is the great nephew of record goalscorer Ian Rush but hasn’t let any potential pressure from that weigh on him with his performances in pre-season, and he’s looked every bit like he’s been built in the mould of an ideal full-back option for Klopp.

Beck stepped up from the 18s to 23s last season and didn’t disappoint, much like his teammate Tyler Morton who has been tipped to have a big future in the game, and his handful of pre-season performances have indicated that could well lie at Liverpool.

Morton has operated mostly as an advanced midfielder and has shown he has more than an eye for goal with some sensational strikes at youth level, which will have no doubt aided his cause of being involved in the first-team setup this summer and he hasn’t disappointed.

While most of the other lads have only played in patches here and there, few will have done their stock any harm in the eyes of Klopp’s staff and each of them are a testament to the good work being done at The Academy.

While their minutes with the senior side will still depend on domestic cup competitions this campaign and potential loan deals before the window shuts, all should feel they have fine futures ahead of them.

The future is bright, the kids are alright, whichever way you put it, this pre-season has been a delight.

“What a perfect start! Incredible to be back walking into Anfield under light blue skies; and for the Reds to do the business.”