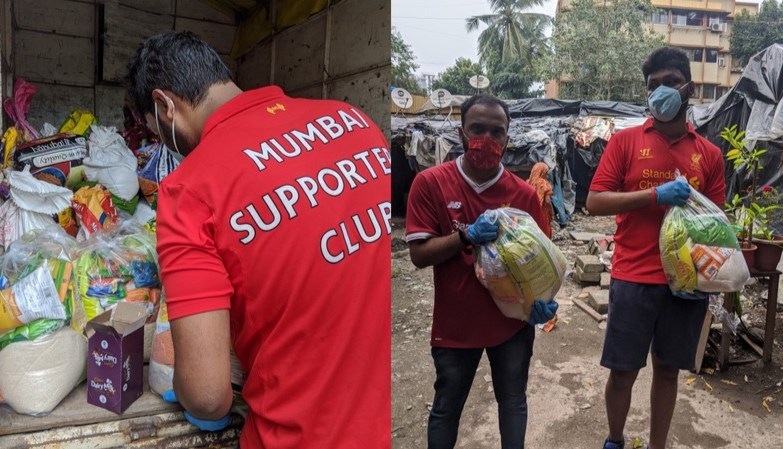 ON Saturday we have chosen to walk a very long way.

Almost 24 miles in total, taking in five football grounds and finishing at Anfield.

The journey to how we have decided to do this journey is a fairly long journey in itself, but it is basically because of the football team we all love, so it is fitting it finishes there.

At the place that unites us all, despite our many differences. Be they race, gender, age, geographical location or just about anything else you can think of. We’re all Reds here.

The slightly longer story is that over the years of travelling with The Reds and doing the podcasts we’ve got to know lots of LFC supporters clubs. To be honest, I have become slightly obsessed with them and the people who run them.

I love the healthy rivalry between them. I love how they combine their local culture with the ingrained identity and values of the football club. I love how they all sing and dance and cheer even though no one can hear or see them do it. I love that they choose to watch together instead of apart. The togetherness is my favourite.

People put extraordinary efforts into running these Supporters Clubs on top of the ridiculous amount of time we all spend dedicated to this football club anyway, and then on top of that so many of them do unbelievable things for charities both locally to them and locally to the team. See the recent This Means More Challenge Weekend as a great example of this.

I love the idea that a refugee centre in Myanmar or a female hygiene programme in Kenya have received donations and support because a group of people in those countries decided they would rather watch Liverpool Football Club with strangers in a bar rather than at home on their own.

I also love how confusing it must be for anyone in those places trying to explain where the donations have come from. “Yeah these lunatics all watch Liverpool together at 2am and now we’ve got all this stuff. No I don’t know either, but it’s great isn’t it?”

I’m not allowed favourites amongst the supporters clubs but if I was allowed a favourite it would be Mumbai. When they get together they sing the songs from The Kop but they also make up their own to Bollywood tunes that are frankly well better. They have a brilliant time and absolutely Up The Reds.

Neil from the supporters club has been on and when he does his passion for the team and his supporters club bursts out of him. When the club does anything out in that part of the world it goes mad. But they also do an unbelievable amount of good work together for local charities. And that was before COVID hit.

Everyone will have seen how badly India and Mumbai have been hit by the COVID-19 crisis. OLSC Mumbai have been working throughout to support their members and those living in extreme poverty in the area who have been most affected by the pandemic.

When they announced they were fundraising to support the Community Kitchen Project, an initiative by Khaana Chahiye Foundation (A local food bank and non-governmental organisation) to combat extreme hunger during the COVID-19 crisis in Mumbai we knew we wanted to help them.

We donated some money and sent them a signed Jamie Carragher shirt but it didn’t feel like enough, so we had a chat and ended up all agreeing to do a big mad walk.

Southport FC to Anfield, via Marine, Bootle FC and Goodison Park. Imagine the pint at the end. At first it was the other way round but we realised we knew where to get a pint around Anfield much better. We’ll be in Taggy’s five minutes after we finish.

We’d love you to donate. I know so many of you already have. We are setting ourselves a target of boosting the amount by £1,000 on the day. We’ll be doing loads of social media to push it so look out for us as we gradually get more tired and more hot. The link to donate is here.

Thanks very much. Up The Reds.