Eriksen, BLM & The ESL: We Must Support The Players 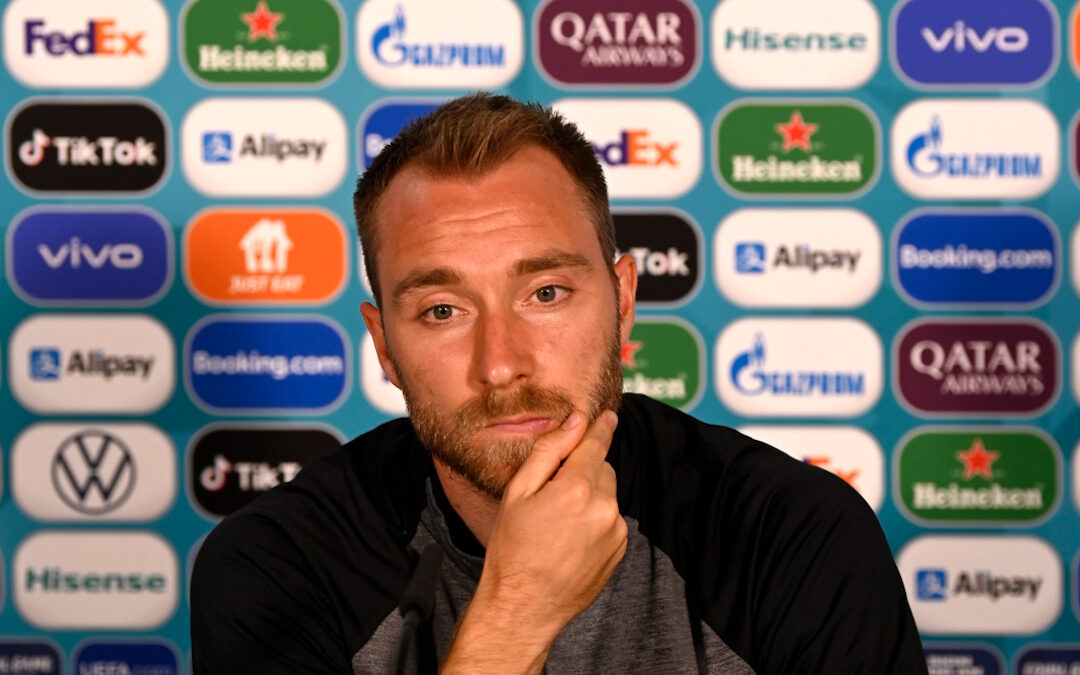 After seeing Christian Eriksen collapse on the pitch, Josh Sexton raises questions about the importance of player welfare in sport today…

HELPLESSNESS has been a theme for much of the last year and a half.

Rarely has that feeling of helplessness been brought into such stark focus as it was on Saturday afternoon, when Christian Eriksen collapsed on the pitch.

The universal reaction was one of complete shock and led to a taking of stock of what was truly important. Football became the lowest priority in that moment. The main thing was that Eriksen was OK.

Beyond that moment all sorts of questions were and will continue to be raised. Questions about the broadcasters and camera operators, who focused their attention on a man lying prone on the ground as his very young and visibly emotional teammates surrounded him.

Questions about the rigours these very young men are forced to go through for our entertainment, a question which may become more prominent as more information comes out about Eriksen’s condition. For now he seems to be stable which is a huge relief.

Those questions are ones that Jurgen Klopp and some other managers at top clubs have raised about the welfare of their players, as the powers that be continue to throw more games and less rest their way. (Snuck that new Champions League format in, didn’t they?)

This season felt like a slog too far for most and it was particularly apparent in the number of injuries to top players, yet there were managers in the Premier League who selfishly chose not to lessen the burden by introducing five substitutions like most other leagues around the world.

A fascinating interview between Jurgen Klopp and @TheDesKelly discussing Liverpool’s draw with Brighton, the Reds’ injuries and fixture schedule. pic.twitter.com/s0BhahlUsP

But of course they weren’t the only ones. With the later start to the season and the effort to get it wrapped up in relatively normal time to allow for this summer’s international tournaments, the different football associations decided that the amount of fixtures should stay at the normal level despite the fact there was even less time to cram them all in.

In fact, they may have even snuck a few extra ones in there for good measure.

I’ve always been a big believer in looking after the players’ welfare first and foremost. A big believer in acknowledging that they too are human beings, for the most part young men and women who just so happen to be very good at what they do, and should be treated as such.

And, in many ways, that sense has been heightened further with the events of this season, and I’m not just referring to football fixtures at this stage.

For those who follow NBA basketball you’ll likely know that there have been a number of fan v player incidents since fans returned to arenas as pandemic restrictions ease worldwide. The three most high-profile incidents involved a ‘fan’ trying to run onto the court, a ‘fan’ throwing a water bottle at a player and a ‘fan’ spitting at a player.

Kyrie Irving of the Brooklyn Nets was the player who had the water bottle thrown at him. Kyrie is seen as quite an inflammatory player around the league due to his strong opinions and the way in which he has personally handled certain incidents over the past few years. He’s something of a non-conformist and, being honest, it’s absolutely refreshing to see.

After the altercation he said: “You’re seeing a lot of old ways come up. It has been that way in history in terms of entertainment, performers and sports for a long period of time and just underlying racism and just treating people like they’re in a human zoo.”

Of course the angry white men came out in force at the mere mention of racism, all but defending the actions of the fan as ‘part of sport’ because Kyrie had upset the Boston crowd by appearing to wipe his feet on the Celtics logo in the centre of court.

A fan appears to throw a water bottle at Kyrie as he heads into the locker room after the Nets-Celtics game. pic.twitter.com/SCGaWyStht

Since when did running on court, throwing bottles and spitting become ‘part of sport’?

And why can’t we just listen to the players and how they feel about all this? We constantly say football without fans is nothing, but where do we think we’d be without the lads who are literally scoring the goals and baskets that create such great, dramatic storylines for us?

It brings to mind the England players and how they’ve avidly stood behind taking the knee in solidarity with the Black Lives Matter movement, despite facing boos from their home fans while the prick who supposedly represents those pricks tells the players they haven’t been clear enough about what taking the knee means.

Screaming ‘keep politics out of football,’ as though wanting to bring an end to innocent black people being killed by police, or even just kneeling in the hope of stopping them being judged differently because of the colour of their skin, has any political motivation.

But, as Kyrie said, it is a lot of old ways coming up. Unfortunately Kyrie slightly underplays the current state of affairs by referring to it as “underlying racism”, because these days it seems there’s nothing “underlying” about it.

It is racist whether or not it feels racist.

We must always ensure that the players are supported on this issue and any other issues which threaten their welfare. They’d do, and have done, the same for us.

Think back to the European Super League debacle and how players from different clubs lobbied to ensure the owners of the top six clubs couldn’t tear the heart out of the sport that we all hold so dear. Without their voices, their platforms and their influence we might be in a totally different place right now.

They stood firm alongside their fans and challenged their bosses and together we made a difference.

Players can be entitled, and it never goes unmentioned that they are heavily compensated, but so can supporters and one of the most prominent incidents in my mind from recent years involved Neymar and a fan back in 2019.

The fan was goading a frustrated Neymar as he went to collect his runner-up medal after PSG disappointingly lost the French Cup final. So how did Neymar respond? He had a pop at the fan and then threw a hand in their direction.

If these so-called fans want to make it a “human zoo” then expect the players to bite back.

We might have made a start this year, but recent evidence suggests we’ve still got a long, long way to go.