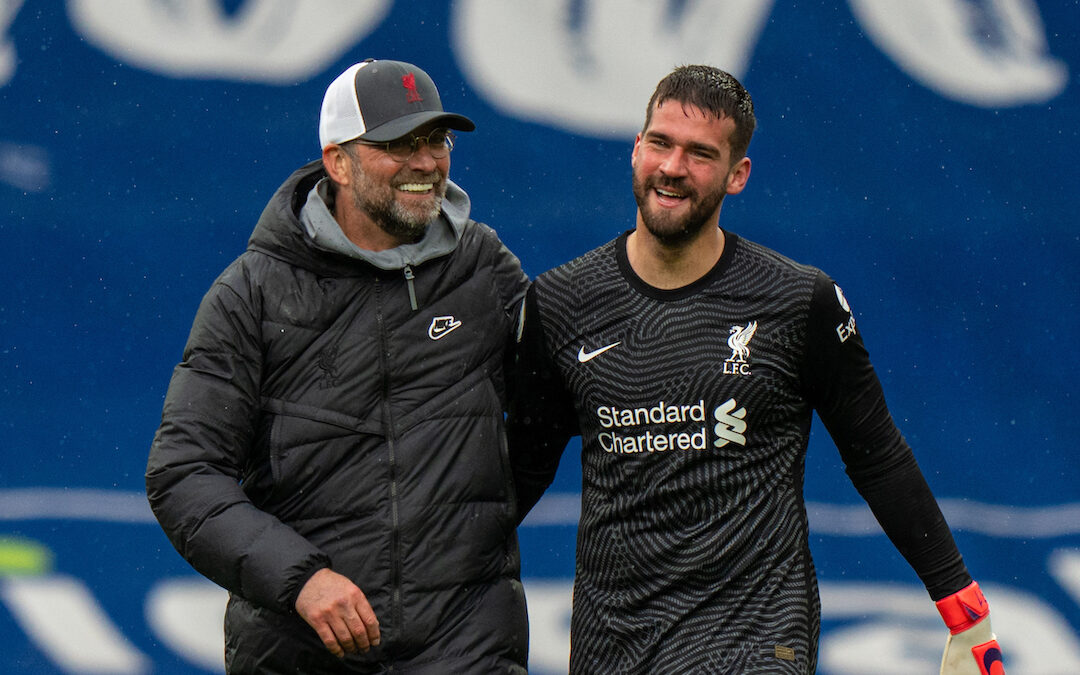 The duality of it, once you have seen his interview, is absolutely staggering. The ball thundering into the net from his head is probably the most singularly incredible moment supporting Liverpool since Divock Origi against Tottenham. What they can give us, what they give, is the most incredible amount of joy, of disbelief, of pride. Of hope for more joy to come.

Then he speaks and you see what he has lost. What he is still going through, what he has had to battle with, and you remember what we take. Because we do take. We have to. It’s the nature of the beast. What have you done for me lately?

What have you done for me lately. Liverpool’s lately has been the toil and the graft, it has been patchwork, been spit and string. Lately, it hasn’t been what we expected back in September, what we hoped for after three wins. We felt we deserved everything forever, a dynasty, something which cannot be shifted or altered for years.

What we see today is that one thing that cannot be altered, that should not be altered is the mindset. Doing the HotMic you say things at times that show where your brain is and on 93:45 I said “I weirdly still just fancy us”. At times this season, perhaps too many times from a punchdrunk Liverpool, that hasn’t been accurate to say or think but today it was.

We forgot the sheer joy was in the absolute grind, was in the realisation of the impossible. We forgot where the release was. We forgot that watching footballers find their way is the awfully biggest adventure of them all.

Thiago Alcantara has found his way. He has demonstrated what he is capable of through his career but it hasn’t quite been right for Liverpool. Today it was right. Today it was spectacularly right. He was excellent and will only get better and more useful for Liverpool from here, when players appreciate he has all the angles. It will be him who rules the roost next season.

Mohamed Salah – as ever – is everything. The absolute business throughout. Trent Alexander-Arnold picked up where he had left off.

But everything fades into the background when one man dressed head to foot in black comes forward and heads unerringly, emphatically into the back of the net and then is surrounded by his teammates and then by the subs and then by the backroom staff and finally finds the arms of the manager and collapses, unable to keep his emotions in check.

Everything is less important than that feeling when the ball hits the net, when you feel you and your friends and those people pulled it out from the fire yet again in the most outrageous circumstances.

Everything in your life gets to be background noise for the first time in 15 months and that is the case for them. Today was their last match in echoey arenas but today one man made his teammates his supporters, made the crowd out of all of us and we could all conjure it, all taste it, all remember what it was and what it was always meant to be.

The feeling is all too much and is just perfect.

“It’s the maddest end to a football match ever. Liverpool in one week have scored four at Old Trafford and then the goalie scored the winner away!”