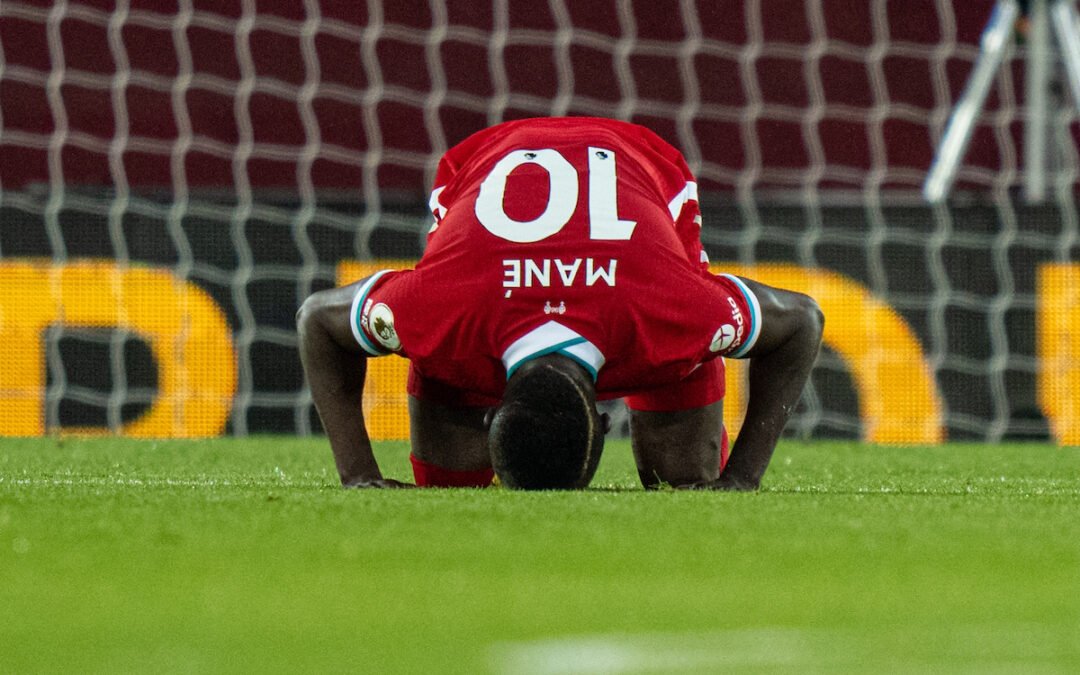 LAST WEEKEND, seeing everyone at Circus, having been out on Friday myself, having been the snooker at The Crucible, was marvellous.

Genuinely marvellous. Genuinely felt like normality was on its way. Do you know I got vaccinated at Anfield last Saturday? You should have seen the logistics. I was in awe. Fabulous stuff. It was in the Shankly suite in the Lower Centenary Stand. Walking out of the suite I saw some quotes, “Son, you’ll do well here as long as you remember two things. Don’t over-eat and don’t lose your accent.”

Well, Bill, I thought, one out of two isn’t bad.

Then Sunday happened. When things like last Sunday happen they make life feel hyper-real in a sense. There’s an acceleration of things all of a sudden to deal with. There’s us being us and making sure that we manage that and then there is all the media that goes around it. It is abnormal.

It’s disconcerting. That isn’t a comment on the protest in and of itself, just me being honest. You know my feelings – or you should – around supporters making clear their feelings. These things rupture, they rupture normality. They made the day to day difficult.

The team-sheet was berserk. The idea that Nat Phillips and Rhys Williams will be Liverpool’s central defensive partnership in a must-win game at Anfield in May is absolutely out of control. Liverpool with 10 injuries. It’s a maddening list. And Liverpool with no idea where to put the line.

Phillips and Williams will have been so far from the manager’s thoughts in the first week of September it is difficult to conceive of, but then September itself feels like an absolute age ago. On top of that he added two centre backs in January. One we haven’t seen but one we have. Neither near it tonight. Both injured. 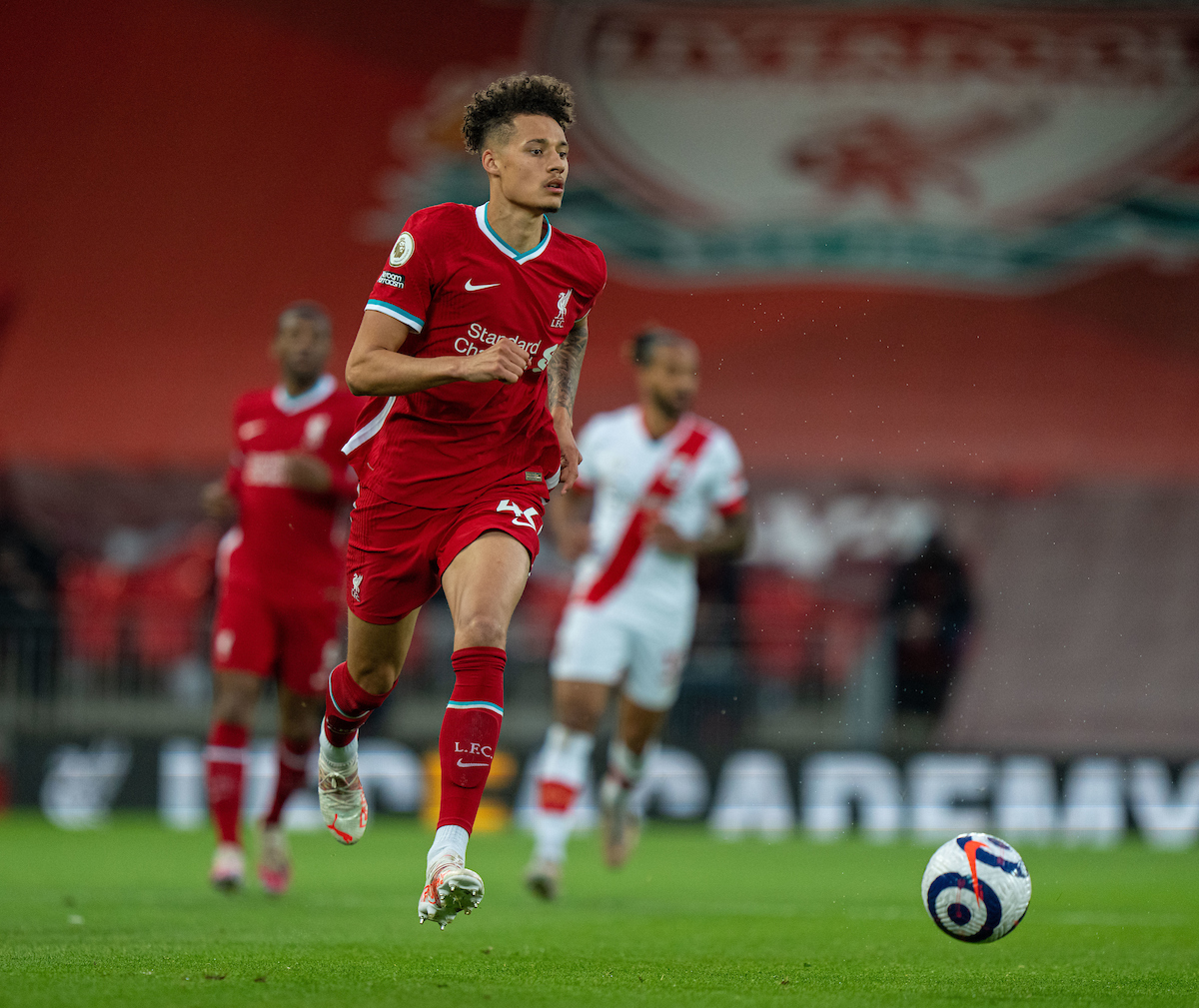 This Liverpool side has been in so many wars it is ridiculous to think they could still finish in the top four. I don’t think of it, not now, not again. My position is to simply see where we are before we play Crystal Palace.

Tonight we hang in because of a frankly phenomenal goalkeeping performance. He is, bar one error, the essence of keeper in and out and he nails it perfectly. He has two central defenders who basically can’t turn round. He has a side that needs to play a high line and he passes the ball forward with certainty.

Throughout this season Alisson Becker hasn’t been the best version of himself and we know that, he knows that and we all know there are mitigating circumstances but tonight he was just magnificent. He was the twelfth man by virtue of being so ingrained in being the eleventh. Liverpool played with three centre halves. He was heroic.

Phillips was excellent in terms of his penalty-box defending. Williams did well at keeping opposite numbers just about off balance. It’s strange with the pair of them. I don’t want to see either of them play for Liverpool in an ideal world if I am being honest. Simultaneously, I couldn’t be more proud or more impressed with either.

This, right here, is what being part of a football team actually is. What loving a football team is. You accept and acknowledge one another’s flaws and you never stop grafting to offset them. Tonight Alisson Becker gave both the platform to be the best version of themselves under the circumstances.

There are positives in everything. This season has been so difficult, so trying. But I’ll never forget, whatever happens with either, Phillips or Williams this season. I’ll never forget how they have made the best of themselves, how they have devoted themselves minute by minute to the cause that is in front of them. They’ve given Liverpool everything and haven’t hidden, haven’t pointed fingers. That’s quite something.

Liverpool should probably go 0-1 down but Becker ensures they don’t and then Sadio Mane wins a glorious header from a glorious Mohamed Salah ball and then the latter should really make it 2-0. As ever Liverpool have other chances and have other chances to create chances but they never make the most of what they carve out. They never entirely settle.

1 – Mohamed Salah's assist for Sadio Mané's header was the first time the duo have combined for a goal in the Premier League this season, last doing so vs Crystal Palace in June 2020. Friends. #LIVSOU

The unease spreads and in the second half Liverpool grow sloppier. They are taking too much care, taking a touch too many. They still believe that fourth is at stake and while they may be correct it is hard to escape the feeling they’d be better off taking my approach and just waiting for the day of the Crystal Palace game.

But they can’t do that. Scoreboard pressure becomes clock pressure but Liverpool are actually good if agricultural between 75 and 90. They push Southampton back and keep them penned in by hook and by crook. They aren’t majestic, far from it, but they are effective. They make getting out tricky while never looking like putting the game beyond doubt.

The ball then breaks once, breaks twice and suddenly Thiago Alcantara is 20 yards from goal and he strokes it home and the relief is palpable. Alcantara has started to get some grief and if one looks at the game with the most cursory glance then the rationale for that is clear. If you are paying attention you know you may still be watching the footballer of the year 2021/22. Let’s see how that one goes. I’ll plant my flag though and it is planted firmly on the side of the lad who scores the winner for Liverpool in real terms. The goal that kills the game. He is the one for me.

Liverpool are now unbeaten in six league games and with four remaining what matters to me more than Champions League qualification in a sense is that they finish the season unbeaten. Getting beat is shit. It really is, I’ve hated it. But Liverpool bouncing into next season not having been beaten in a league game since March 7 would matter. It would be the pathway back to where we need to be.

And let The Reds come back. Chasing dreams. Chasing broken dreams. I miss you and you know that but tonight could be the last Liverpool game an empty Anfield ever sees. Sit me down, shut me up. I’ll calm down and I’ll get along with you, yeah.