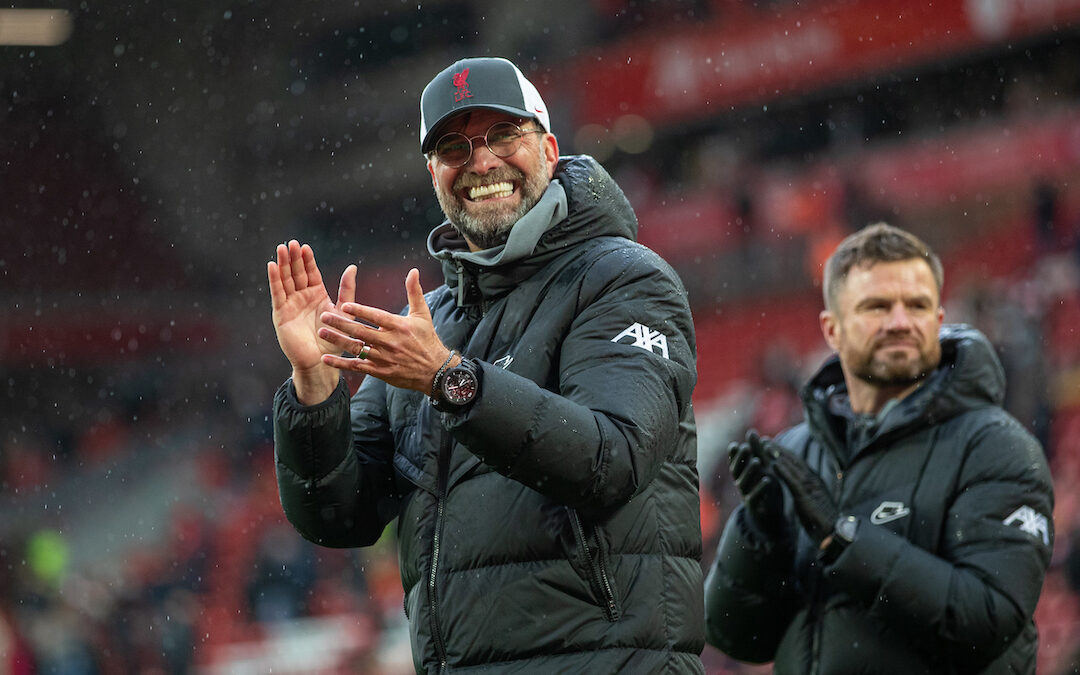 Neil Atkinson’s post-match review after Liverpool 2 Crystal Palace 0 in the Premier League at Anfield in front of 10,000 supporters…

AND there we are.

Imagine their coaching. Imagine the conversations. Imagine what they get told and how that becomes part of the way they look at the game. There could have been no better education than what the last few weeks has been.

Gini Wijnaldum turns out to be the world’s best man. A very great player and a wonderful man who commits himself to this side. He’s been the very best of us. He’s done the day to day job over and over. When he was need to be what was required he was there. His goals to big games ratio is astonishing. Certainly in comparison to most.

There have been few footballers who have ever stood up to be counted for Liverpool Football Club as Gini Wijnaldum. He’s the very best of us. The very best full stop.

The game ends up very mundane full stop. The better side wins 2-0. Mohamed Salah is clearly the best player on the pitch. There are no surprises. Liverpool push Crystal Palace outside of their comfort zones. They make it unbearable. They are the better side. It’s Liverpool’s game.

As a year goes this has been absolutely exhausting. As our lives go nothing could have been harder. I, personally, can’t think of anything kinder than all the ways you have treated me and these words. We have been into all of this together. I know what we all wanted. But we wanted the essential things over and over. We wanted the blood and bone and in a way Liverpool offered that.

I’ve been cross this year and I apologise. Unresolved anger through football is not an answer. It’s a terrible sentence. I want more for us.

The more is coming. Liverpool will have European Champions League football and there we are.

There is a job to be done. Being the best team in England and Europe.

And there we are. Your paint’s in mine. Seasons change. I tried hard just to soften you. As it breaks. The summer will wake.

Nothing will win itself. But Liverpool can win everything. So into these.

Have a lovely summer. Trophies to win.

“GETTTTTTT INNNNNNNNN! The fucking Reds are in the Champions League! They didn’t even make hard work of it!”

The post-match pint is recording as we speak, subscribe now to watch in full 👇https://t.co/oaOWcUzrlr pic.twitter.com/xTjlmKKhnC