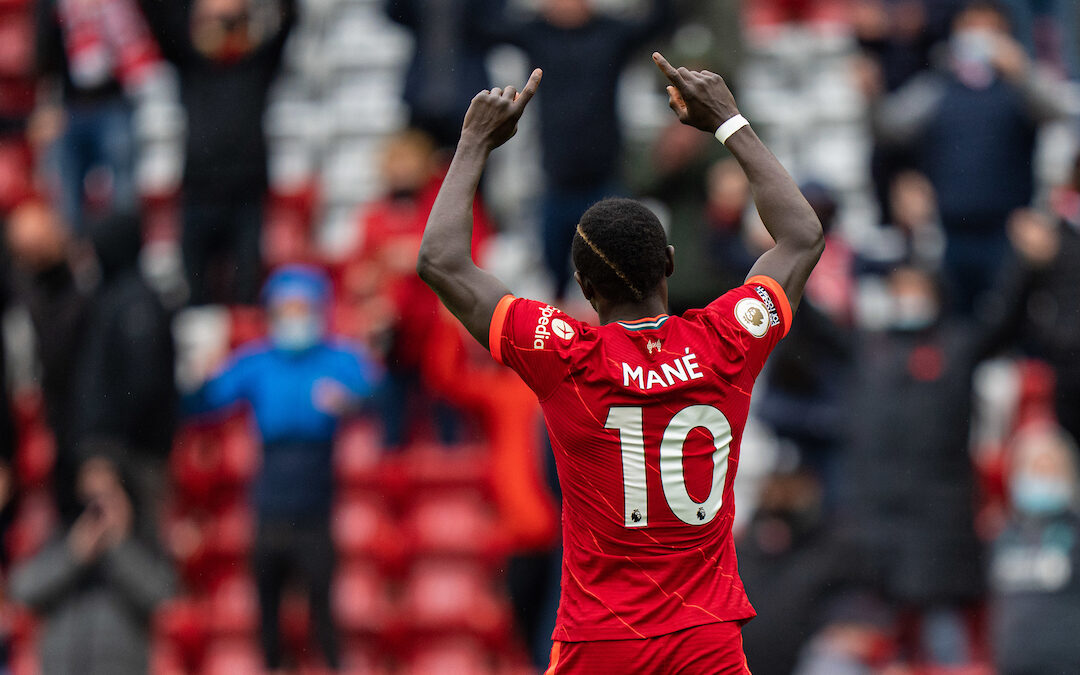 Martin Fitzgerald offers up his player ratings after Liverpool 2 Crystal Palace 0 in the Premier League, with Anfield welcoming back fans…

It’s been a weird old season – Papillon in Stockley Park, Father John Misty in defence, that couple of hours when we were in the Super League – but we got through it together via the medium of “giving people marks out of 10”.

Thanks to The Anfield Wrap for having me and thanks to everyone that read them.

Here then, for the last time, are my match ratings…

Makes a decent save from Townsend early on and wore a new kit that made him look a bit like a beat poet.

Haven’t seen someone given that much space by the Palace since Emily Maitlis interviewed Prince Andrew.

Nothing fazes him, even meeting Josh Sexton.

A real threat at corners and, despite missing a sitter, is instrumental in making the first goal happen.

Must be made up with how he’s ended the season.

Apart from that bit when he forgot how his legs worked, I thought he was excellent. Linked up with Mane really well – not something I’ve said a lot this season.

Did us a solid at centre back in the dark days but back where he belongs. Makes everything work around him.

Will forever be remembered for his work rate, his semi-final goals, and the lack of material he gives to whoever is doing the match ratings.

At some point, Ben and I will have a quiet pint somewhere and share Gini war stories.

“I never knew what to say about him.”

“Nor me. I gave him a 6 once and a Gini fan account from Norwich called me a cunt.”

“I gave him a 10 once and the Gini fan account in Norwich called me a cunt.”

Been as responsible as anyone for our late season form and finally got to hear his song sung by actual people rather that video where his head is on some woman’s body.

His best performance for ages and his first goal, in particular, was the sort of chance he’d forgotten how to score from.

Barely in the game as all the space was out wide but showed a few nice touches and seemed to have a laugh.

Unlucky not to score today but the assist for Mane’s second is great and, overall, looked really sharp.

Our player of the year.

Came on to give Gini a well deserved ovation and break up play. Did both well.

Gave it his best. Bit of a cunt at times.

“Liverpool fucking nailed it today. They did exactly what they needed to do, and now it’s about going and winning that Champions League next season.”

Subscribe for the all the reaction and laughs on the podcasts and videos now 👇https://t.co/oaOWcUzrlr pic.twitter.com/sNzfAiBNCe