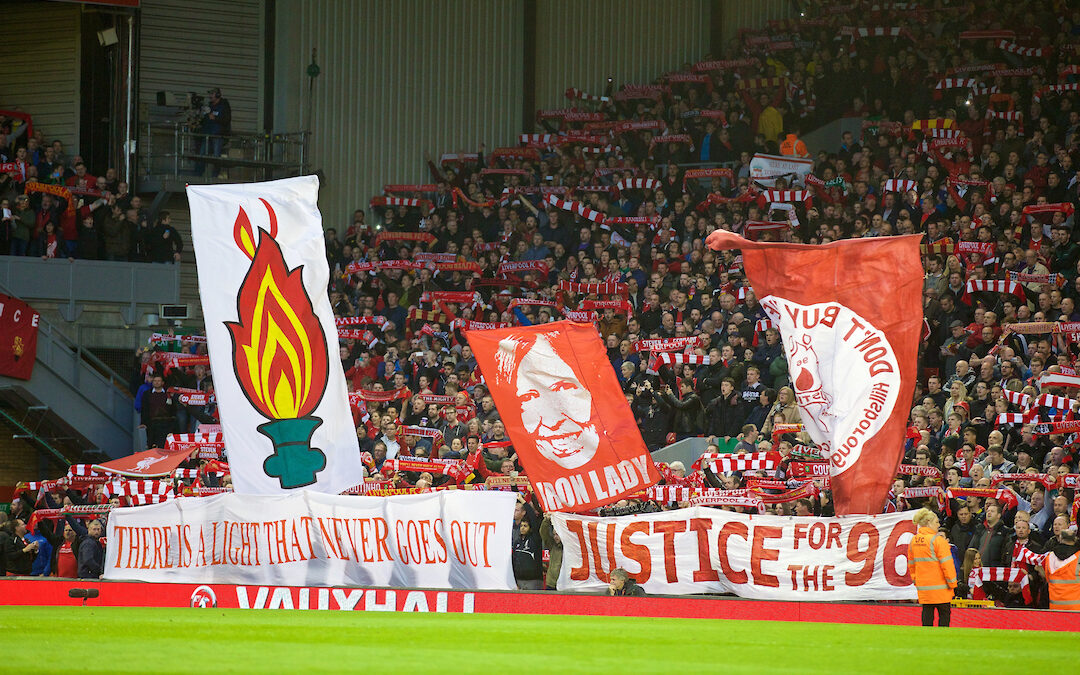 HOW do you go from ‘unlawfully killed’ to ‘no case to answer’?

If this was merely a statutory inquiry and not a court of law, why were three men accused?

Those are the questions which have been bouncing around my head since the news broke that Mr Justice William Davis acquitted Alan Foster, Donald Denton and Peter Metcalf this morning. Mr Davis needs to change his job title.

It’s another kick in the teeth for the families and possibly the final one. Following four trials, two inquests and a public inquiry the only person to receive any sort of punitive measure was Graham Mackrell of Sheffield Wednesday. He was fined £6,500 for failing to open enough turnstiles at Hillsborough on April 15, 1989.

That’s it. That’s the only justice for 96 people who were crushed to death due to police incompetence.

No safety certificate for the ground, no oxygen in the tanks when they were needed, not enough medical staff and a series of lies designed to shift the blame – all of which they’ve admitted and that’s all they got. A fine and only then to an employee of the host club. No police officer has even been so much as suspended for their actions.

Many saw this coming. Duckenfield’s acquittal was the beginning and bought them time while they worked out what to do. We were given constant reminders to stay silent on social media to ensure a fair hearing but only one side was playing by the rules. This was too big for fairness.

Confidence in the police is already low and public condemnation and guilty verdicts would make things only worse. So we had today. A ‘statutory inquiry’ even though the previous findings ended with a verdict of ‘unlawful killing.’

Since when did unlawful killing become ‘not a case to answer’?

The front to say that. The sheer gall. As if the original verdict is enough. Tantamount to: ‘Okay, we’ll admit we were wrong but that’s all you’re getting’. Today, the families, who had hoped for some peace at last, receive no succour. Their hell continues.

This verdict – or lack of it – will be gladly accepted in some quarters. Is Hillsborough over? No. It will never be, but some will rest easier tonight than usual. They got away with it and this morning a coward in a wig laid on the final coat on the cover up. The system stood up for itself and protected its own.

What does that say about this country? What does it say about law? The judicial system? Fairness? Basic humanity? They can do whatever they want without accountability. They can lie, they can alter evidence, they can blame the very people who mourn the deaths of their loved ones and it can all be glossed over by one man.

I support the police. They’re a necessary part of society. I have family and friends who have served and they’re all good people – people who joined up to protect and serve the community. That’s their credo after all, but today was a stark reminder that the higher echelons are treated differently when they fail. Circle the wagons.

Ask yourself this. If 96 members of the force had died at Hillsborough thanks to the ineptitude and cover up by the general public, would we be where we are 32 years later with a ‘Justice’ talking about statutory inquiry? Seriously?

I say ‘general public’ but I mean football fans.

Back in 1989 we sat at a lower social stratum than the general public. We were filmed without permission, herded onto buses, escorted by police to stations because we couldn’t be trusted and treated like prisoners for the temerity of going to see our team.

How were the families supposed to win their battle when we’ve been viewed as inferior, a nuisance, from the very start? The last 32 years have had nothing to do with fairness.

Those three men will sleep easy tonight. The families will not. This ruling is an insult to them, to their loved ones, to the city and to the game. They thought the unlawful deaths verdict was enough. How can it be? Justice does not end with a verdict. There has to be repercussions.

They may have the power, but we will always know the truth. The events of Hillsborough, the media lies, the opportunist shock-jock puppets they dragged up to take the hits, the cover up of both Conservative and Labour governments (the latter hurts more) and today’s brazen act of cowardice will stay with us forever. We know what you did. We’ll always know.

Our thoughts are with the families today. Another door slammed in their faces. Another blight on the face of the English legal system.

We know what you did.