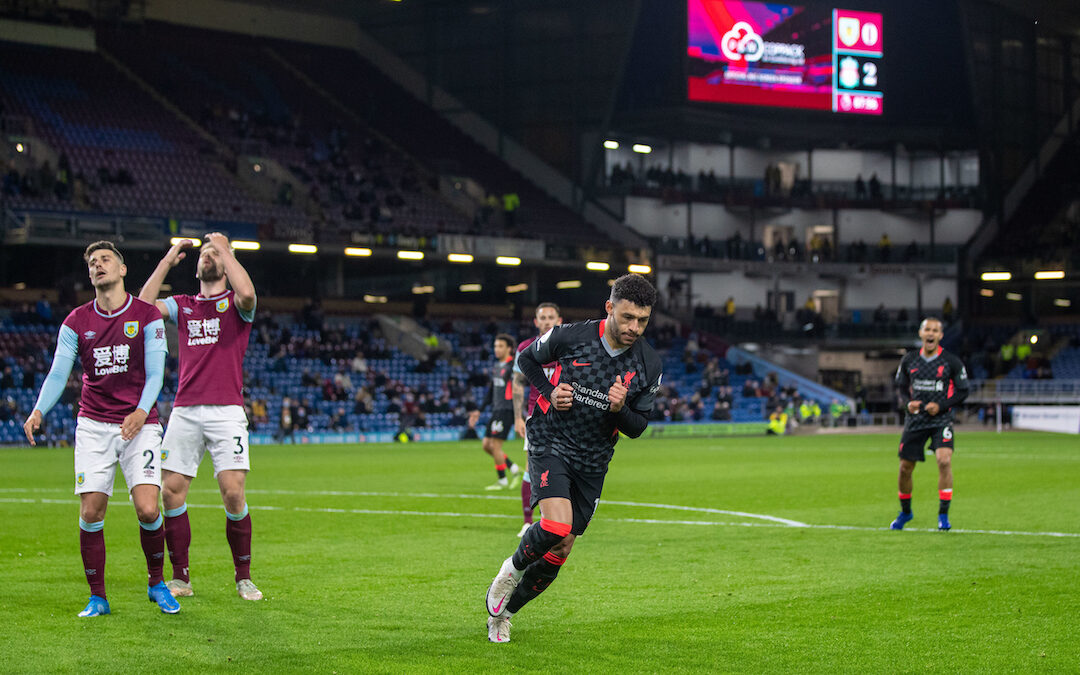 Liverpool, the very mortal Liverpool, the wounded Liverpool, are now unbeaten in nine in the league. They’ve won seven of them. Other than Manchester City that’s a run which stands comparison with any nine-game run from any side over the course of the campaign. The two they haven’t won in that run have come by virtue of late equalisers and Newcastle’s, at the very least, was harsh given Liverpool’s chances.

The point that matters is that Liverpool are one of the best teams in Europe. In normal circumstances they could well be on the verge of being acclaimed as the best team in Europe.

That now goes to the last day but is as near as being in Liverpool’s hands as it plausibly could be before a ball is kicked. The 0-3 winning scoreline means that for goal difference to become a factor Leicester would have to win by four more goals than Liverpool do or alternatively Liverpool lose 0-4 and Leicester lose 1-5. It’s best to be aware of all the possible eventualities.

Imagine being a football player. One, Thiago Alcantara, is a reigning European Champion and is tonight, by some distance, the best player on the pitch.

He came to Liverpool to end his career winning the highest honours playing for a legendary club. He wants those European nights and tonight he showed (yet again, frankly) why he is worthy of them. He was an absolute delight to watch.

Again, the biggest flaw in his game is the extent to which his teammates don’t anticipate his brilliance. His technique was incredible. He looked after the ball brilliantly. He won his battles. He scrapped. The game was his. Next season will be too.

Another – Nat Phillips isn’t a European Champion. He spent last season playing football a division below Alcantara and at times he looks like that is the case. But he battles his way through moments. He creates and then solves his own problems. If Liverpool pull this off, this run, ending the season with this centre-back partnership they currently have, then they will have had to have been brilliant.

And these two centre backs will have had to be brilliant in their own way, against their own current level. Repeatedly tonight both Phillips and Rhys Williams create problems for themselves but then they solve those problems.

One of the things about Jurgen Klopp has always been he is a great manager, a great educator of his players about what to do when mistakes are made. Since 2015, Klopp’s Liverpool have been marvellous both profiting from and dealing with mistakes. These two centre backs could well be his finest hour.

They are crucially so relaxed when things go wrong, I suspect Jurgen has looked them in the eye and made it clear he expects things to go wrong. That bit is on him. What happens next is what defines you.

It’s easy to get bleary eyed. As observed earlier in the week, since Jurgen Klopp arrived Liverpool have taken every season to the last game with the exception of the season where they win the league. If this, all this, isn’t a metaphor for life then what is? Things go wrong. What happens next is what defines you. Further, The Reds have yet again won when we can go for a drink. Indeed, they have won when hugging is allowed.

And there is no reason for it to stop. Chamberlain scores. Phillips arrows his header. Roberto Firmino arrives emphatically and Norris is left defenestrated.

Things go wrong. What happens next is what defines you. And you get a good review and then you get a bad review, but don’t get suckered either way because none of them know you. I’ll hold off on the hors d’oeuvres, that’s not what I’m in it for, I only want what I deserve, I want no less, I want no more.

I want one more.

“The narrative has been about the teams around us dropping points but if you look at the form table we’re top.”

“Chelsea and Leicester have performed as you’d expect. It’s Liverpool that have kept going.”