Ashley Brown From The FSA | Cup Of Tea 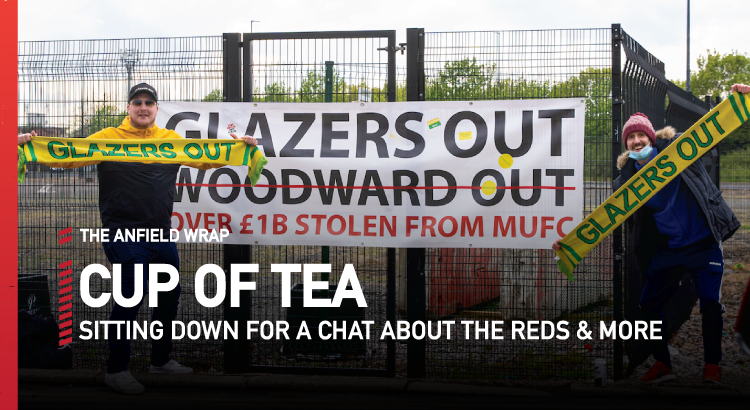 To discuss change in football, the European Super League and what all fans can do to improve the sport, Gareth Roberts hosts Ashley Brown, Head of Supporter Engagement and Governance at the Football Supporters Association.

Ashley Brown, Head of Supporter Engagement and Governance at the Football Supporters Association joins Gareth Roberts. Change in football, the European Super League and what all fans can do to improve the sport are on the agenda.

Gareth Roberts asks, “What can I do to make a difference right now?”

Ashley is a lifelong Portsmouth supporter who was Head of the Supporter’s Trust and helped save the club after going into administration twice in a high court battle. He speaks about the importance of supporters working together. Clubs are assets of community values. Ashley offers consultancy to clubs in crisis whose fans are desperate to save their community. He hopes he can help change football for the better long term.

The FSA is the national, democratic, representative body for football supporters in England and Wales. The organisation is the leading advocate for supporter ownership, better fan engagement, cheaper ticket prices, the choice to stand at the match, protecting fan rights, good governance, diversity, and all types of supporter empowerment.

The FSA has regular communication with the Premier League, the EFL, National League, and the FA, as well as a whole host of other organisations within football such as the Professional Footballers’ Association (PFA).’ The FSA believes football is for all and they work closely with organisations such as Kick It Out and Level Playing Field to ensure that core belief is happening in the real world.

They have supported the establishment of scores of BAME and LGBT fans’ groups over the past few seasons. The FSA is a founder-member of Football Supporters Europe (FSE) who represent supporters across the continent and are heavily involved in the organisation, with two members who sit on FSE’s Committee (Kevin Miles and Paul Corkrey).