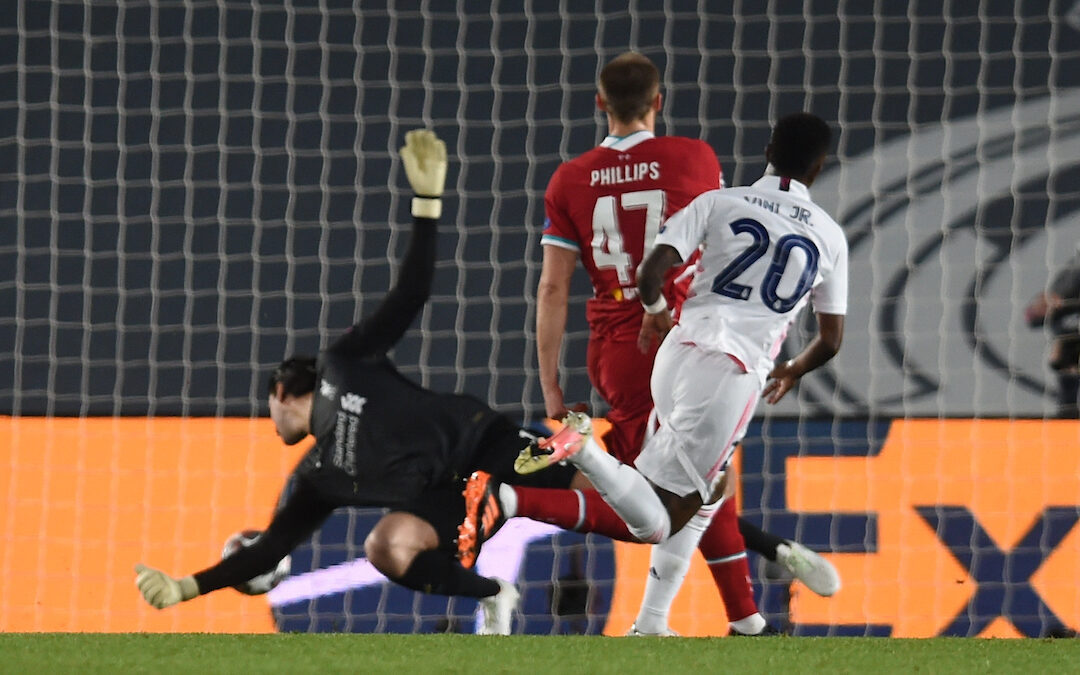 After Liverpool’s lacklustre loss to Real Madrid, Karl Coppack writes about the levels shown on the night and what it says about this side…

ONE of the hardest things to be in football is impartial or, at the very least, fair.

To do that you have to wrench every prejudice and valued judgment from your skull before assessing something as emotive as the match.

That can occur in both positive and negative terms. Some may say that, say, Gini Wijnaldum can do no wrong and will argue against every view to prove their point. Others will wilfully ignore the good and point to the numerous times he’s disappeared in a red shirt. Once those views are entrenched, they’re practically impossible to shift. Trying to be fair is harder than we’re prepared to admit.

I’ll admit my own prejudice here. When I saw the name Naby Keita on the team sheet last night I winced and then shook my head slowly. You’re probably nodding there or have stopped reading altogether.

I take no pleasure from saying that. I’ve never been a fan as such, but I’ve always tried to be fair. After all, I have several mates who know far more about the game than I ever could who are convinced he’d be first choice if his fitness allowed it, but he’s always been a bit meh for me.

Of course, I’ve always wanted him to do well because he a) plays for my team and b) my manager, whom I adore, spent an awful lot of money on him. I’d love to be proved wrong, but, last night, as the game passed him by my brow became more and more furrowed.

He wasn’t alone though. Last night was a race to the bottom of the barrel.

It’s hard to take emotion out of a result like last night’s debacle in the Spanish capital and find an impartial explanation. Liverpool were shocking. Pedestrian at best, even a 2-1 defeat wouldn’t have polished the rankest of turds.

The centre halves were exposed, the midfield provided nothing more than company to Modric, Casemiro and Kroos while Sadio Mane and Diogo Jota were both poor and anonymous. Liverpool stank. 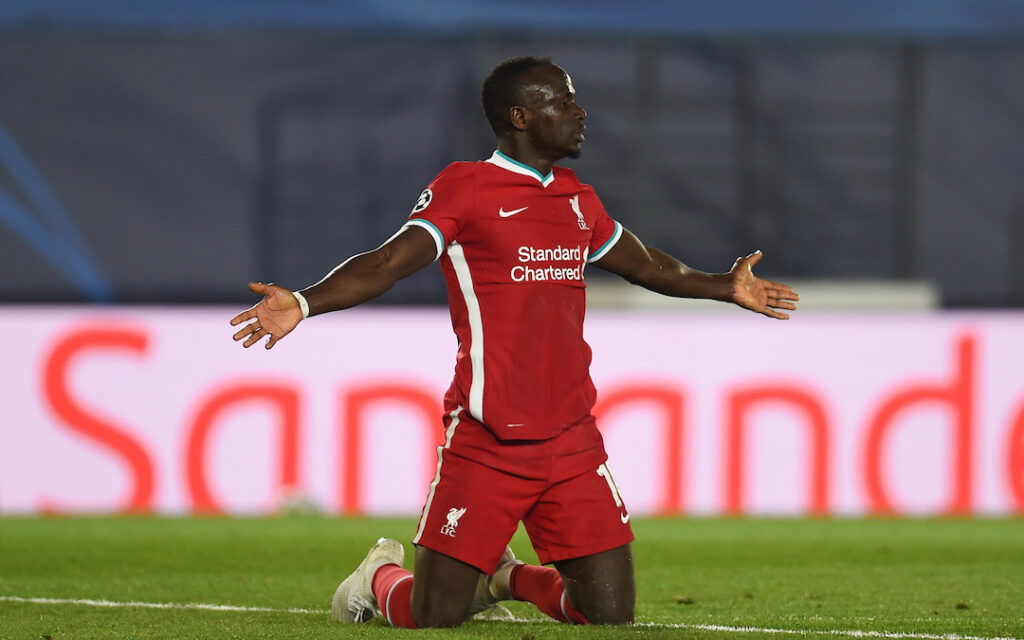 Like Kenny Dalglish before him, Jürgen Klopp’s immediate response is often built on emotion rather than calculation. We’ve seen him rant and rave on the touchline and be snippy at press conferences. I love him for it. That’s usually his initial reaction but he sees things a little different in the cold light of day.

Last night he spoke of the tackle on Sadio and a few other odd incidents but, ultimately, he summed up the game perfectly: “We weren’t good enough.”

That’s a hard sentence to summon up particularly given the successes of the past two seasons. Liverpool being not good enough is an anathema for newer fans and the online response was brutal. Maybe that’s borne of frustration or the inevitable product of a spoilt audience, I don’t know.

Liverpool were the second best on the night. In Barcelona two years ago, when the scoreline was even worse, Jürgen was right to point out the unfairness of the result. Liverpool ran Barca close in ability and desire. We just couldn’t score. This time we just couldn’t play.

There are ‘levels’ here. At the weekend we battered Arsenal on their own midden and the media wondered if we really were as good as we looked or if the Gunners were nothing more than a sick puppy waiting to be put out of its misery. It was the former, by the way, but you knew that.

The same could be said about last night. Sure, Nat Phillips and Ozan Kabak were stretched all over the place and they’re clearly not at the level of their opponents, but we were just as bad elsewhere.

Liverpool let Liverpool down, not just some kid who never thought he’d ever play against Real Madrid this season. There were levels on display and the champions weren’t up to any of them.

If you want to point the finger at Keita, Nat or Sadio then it seems fair to have a look at Fabinho too. When he plays well so do The Reds. He was nowhere. The manager’s right. We just weren’t good enough. 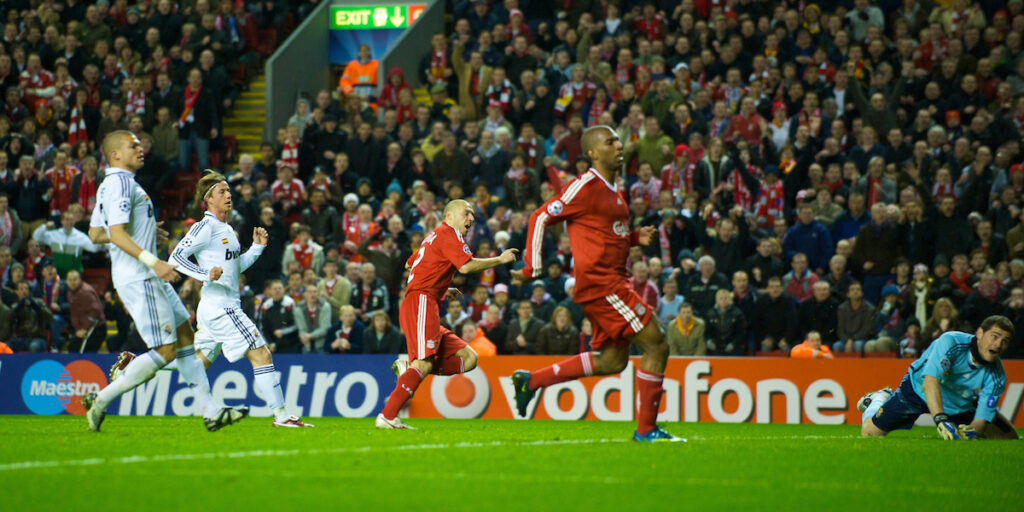 The Anfield game in 2014 was appalling. One TAW member compared it to the bathers in ‘Coming to America’ – dropping rose petals on to the pitch in front of them, such was their welcome. One player was trying to arrange his shirt swap as he was subbed. That’s unforgivable. Let’s not discuss the away game.

Last night was the same. We looked overawed. Maybe we were.

Luckily though, football doesn’t always acknowledge ‘levels’ and, though there’ll be no crowd next Wednesday, a 2-0 win puts us in the semi finals. True, we’ll still have the inexperienced centre backs and they’ll still have Benzema, Vinicius and Asensio to contend with, but things can turn around.

Liverpool had so much to lose last night and now that we have, maybe we can play without pressure. A free and easy Liverpool can work wonders. I’m tying all my hopes to that.

So, yes, Liverpool weren’t at the races last night but it’s not over yet. Even if we do go out, we can at least give Zidane a night that will keep him awake at night. To do that we’d have to play the game rather than the occasion.

That seems only fair.

“We get the goal, but rather than build on that we knocked off.”

“For them to get the third was a crushing blow, I was just glad we haven’t conceded four. We’re still in this tie.”