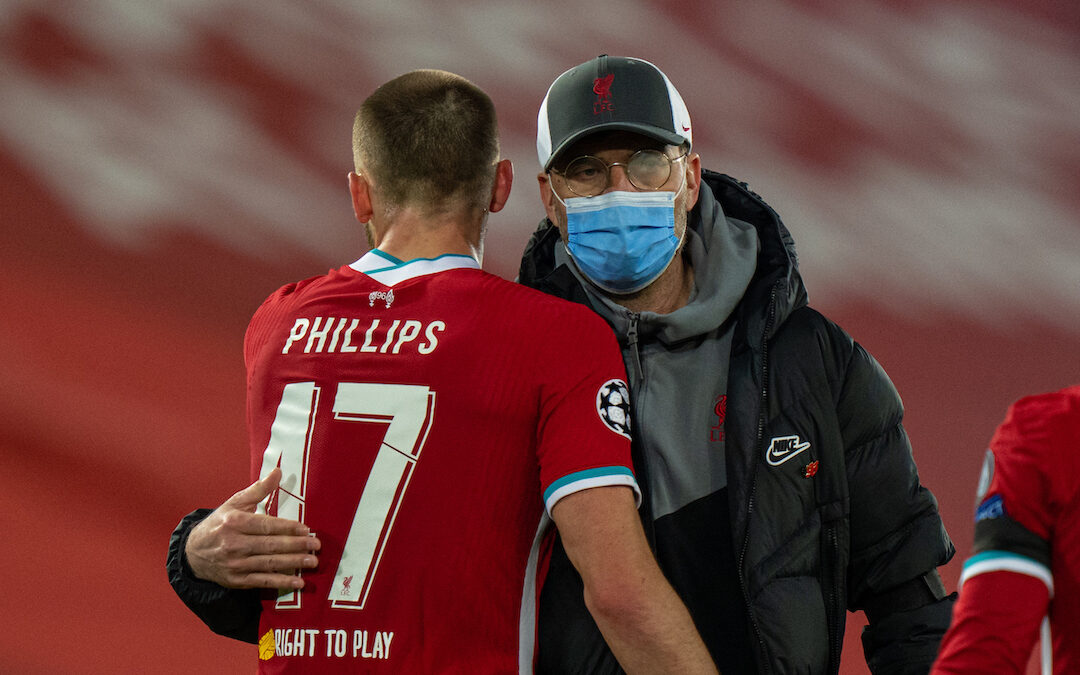 IT’S been killing me.

Imagine that but with 50,000 maniacs. Imagine that when we could all be there. Imagine us all roaring them forward, imagine watching Madrid wobble. It’s all been so hard, but just imagine how it could have been.

It kills me. Tonight we needed a bit of luck and it never comes. It kills me not because I feel Liverpool are currently remarkable or because, in general, I think Liverpool are special, but because for an hour I feel like Liverpool got everything right and it resulted in no goals.

When the team came out it will have been difficult for many of us, for too many of us, but it was a team to establish itself. And establish itself it did. Win every battle it did. It pushed Madrid back and terrified them. It kills me because this is my football and it is the football that just fell short.

After the fact, Liverpool’s front three has to acknowledge that those behind them offered them every platform. They gave them every chance.

And then there were all the chances. Good chances over and over. There were chances to create good chances, the same over and over. Liverpool did not take advantage of any of this, didn’t find their way to that one goal which would have heaped scoreboard pressure on Madrid. My email is killing me.

All of that said, the point has to be made that the 11, in general, plays well. Other than the penalty area, the 11 do ever so well. The manager makes changes that none of us would argue with but the sudden problem is that the turning of the screw ceases. Liverpool find it difficult to force Madrid back. The chances begin to dry up.

It’s important, to be honest. I would have started 4-2-3-1; therefore that it doesn’t work just emphasises how wrong I am as per. But the fact is that it leads to less pressure on Madrid. They suddenly find playing football easier. It’s a fascinating thing, a thing worth remembering what does and doesn’t vex football teams.

Madrid looked under more pressure and more vulnerable while Liverpool had fewer goalscorers on the pitch, had fewer creative players on the pitch. It shouldn’t work that way but it is 2021 and football is where it is.

More than anything I want to be back in this competition next season and the reason why is because I want to be there with you. Imagine how we would have been there tonight, imagine how it would have been to be there together, imagine being one of 50,000 maniacs. I swoon right now at the thought of you, I am overwhelmed to consider us all being together. I want you. I miss you. I miss us charging towards European glory all together. I miss the immediacy of the feelings.

Let’s get back in this thing and then let’s win it. There. That. All of us. All of us together. Let’s do that.