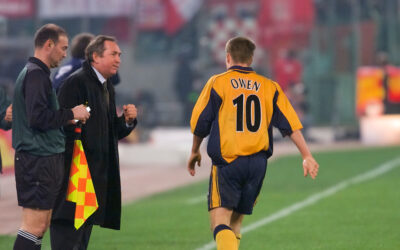 Liverpool’s Michael Owen celebrates his goal against AS Roma with manager Gerard Houllier during the UEFA Cup 4th Round 1st Leg match at the Stadio Olimpico. (Pic by David Rawcliffe/Propaganda)