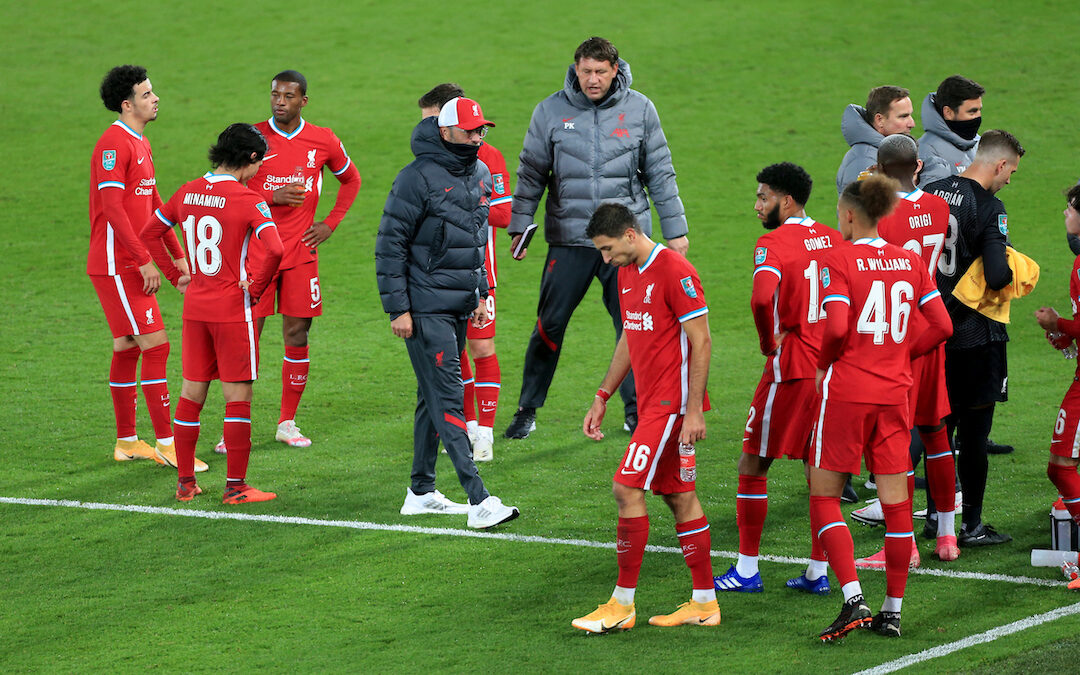 DOING the HotMic with John Gibbons and post match I say that the next round isn’t until December 22.

I paraphrase but barely. No match is one you want to lose but some are better to lose than others. Liverpool have now failed to win against Arsenal in three of the last four games against them but have won the one which matters most to us.

However, tonight is a bit of a shame for these players who all pretty much acquitted themselves well enough without scoring or quite looking like scoring enough.

Liverpool had the better chances. Rob Holding and Takumi Minamino should score for either side. Holding was excellently denied by Adrian whereas Minamino by the crossbar. Normally when a player hits the frame of the goal it is deemed unfortunate. Minamino simply misses when he should score.

Other than those two blinding chances the bulk of the rest fell to Liverpool but they didn’t quite convert. Bernd Leno plays very well in goal but arguably only the save from Marko Grujic’s looping header was a save out of the ordinary. In isolation you would expect him to make the others, that he makes so many means along with the penalties means he will rightly be thought of as the man of the match.

But I liked the showings from both Williamses. Rhys did very well indeed on the cover and read the game well. Neco was excellent in support on the right flank and made some crucial blocks and interceptions. The focus is what impressed from both against some serious footballers. 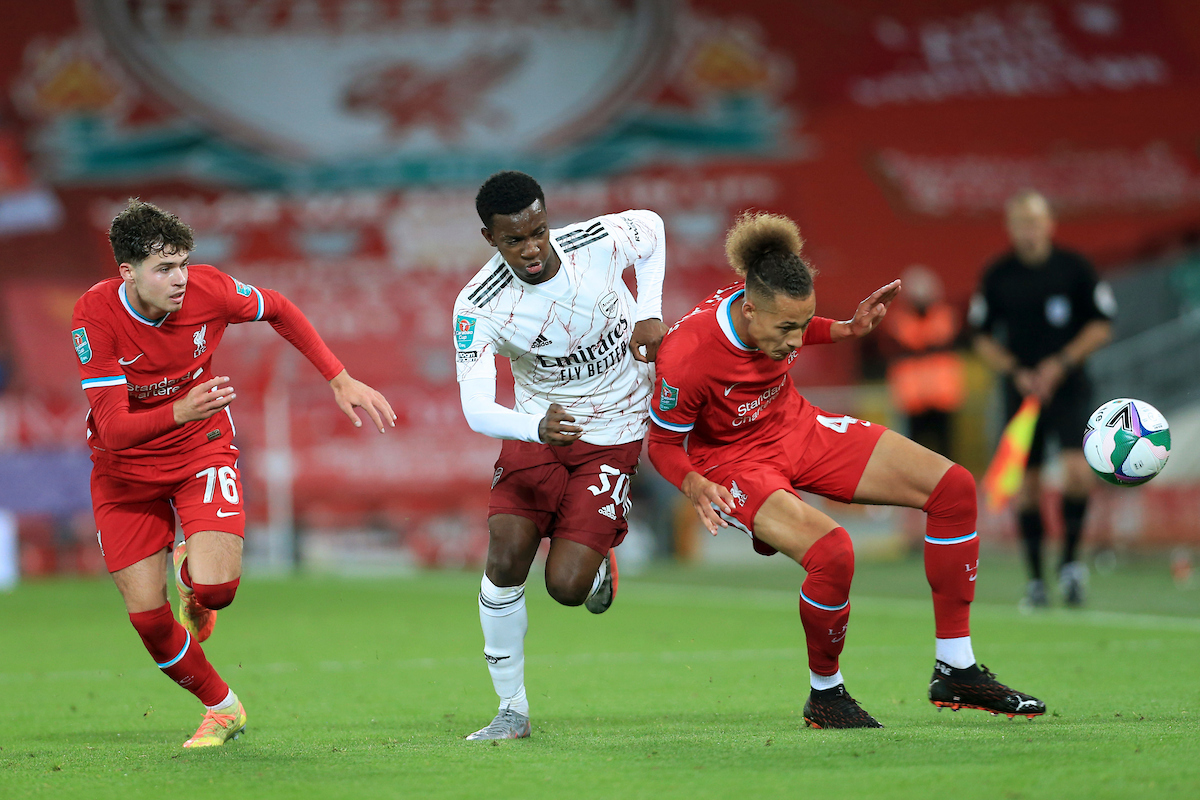 Arsenal’s attackers will amass around 40 or so Premier League and Europa League starts between them. They are good players but they got very little change from Liverpool’s right-sided pair. There’s an argument that both Rhys and Neco will do perfectly well for Liverpool this season but Liverpool will need to be able to pick the games.

Harry Wilson played well in bursts but ebbed from the game in spells. Curtis Jones’s ball to Diogo Jota was a highpoint of the game, combined with Jota’s chest control. Both of them were bright and sharp but unable to just get the goal that would have changed the game.

The other most noticeable thing through the game from a Liverpool perspective was the extent to which Joe Gomez looked a senior player when he came on. This isn’t the first time. Gomez finds himself playing next to the most senior centre back on the planet for the vast majority of his Liverpool appearances but he is more than capable of leading.

For Arsenal, Rob Holding and Gabriel both impressed. Holding has done well in his two appearances at Anfield and could be a neat piece of coaching from Mikel Arteta. Joe Willock was intelligent throughout.

Arsenal committed to their Liverpool gameplan and it functioned less and less as the game wore on, but they are a bright group and could well surprise sides on a number of fronts. Their work rate makes them likeable but it is their commitment to their approach which makes them dangerous.

Here ends another League Cup season for Liverpool. It may well have done some of its job but it is a shame to think of Liverpool’s players going home disappointed.

Let’s get to December 22 without it happening again…