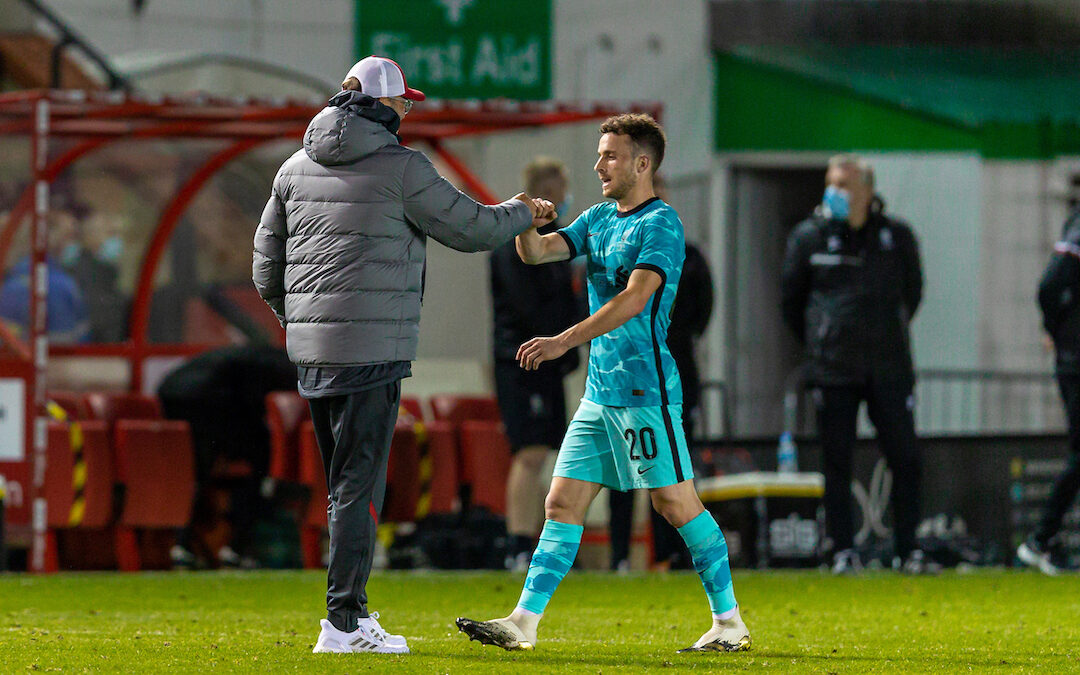 I WANT Liverpool Football Club to win every trophy possible.

That doesn’t seem like a particularly controversial statement, as I’m sure most Liverpool supporters would also happily watch the club lift every bit of silverware in sight, while our rivals look on in envy.

I mean, enough of us watched Alex Ferguson’s Manchester United do it for so many years.

But the reason me wanting Liverpool to win every trophy possible is worthy of note is because I think it would be nice if we could take the FA Cup and League Cup at least semi seriously.

I should caveat this by underlining how much tougher winning either will be in this truncated season, in which the schedule is going to be gruelling enough without a load of extra games being played all over the place.

So am I saying I wanted our strongest possible 11 playing all these games? Well, no, not exactly. I’m saying there’s at least a bit of balance that can be struck here.

We can find nearly zero fault in Jürgen Klopp’s tenure so far, and I wouldn’t argue that I’ve exactly stumbled over new ground while looking back, but the disdain in which he treats these competitions and the added strain they bring is at least a bone of contention. 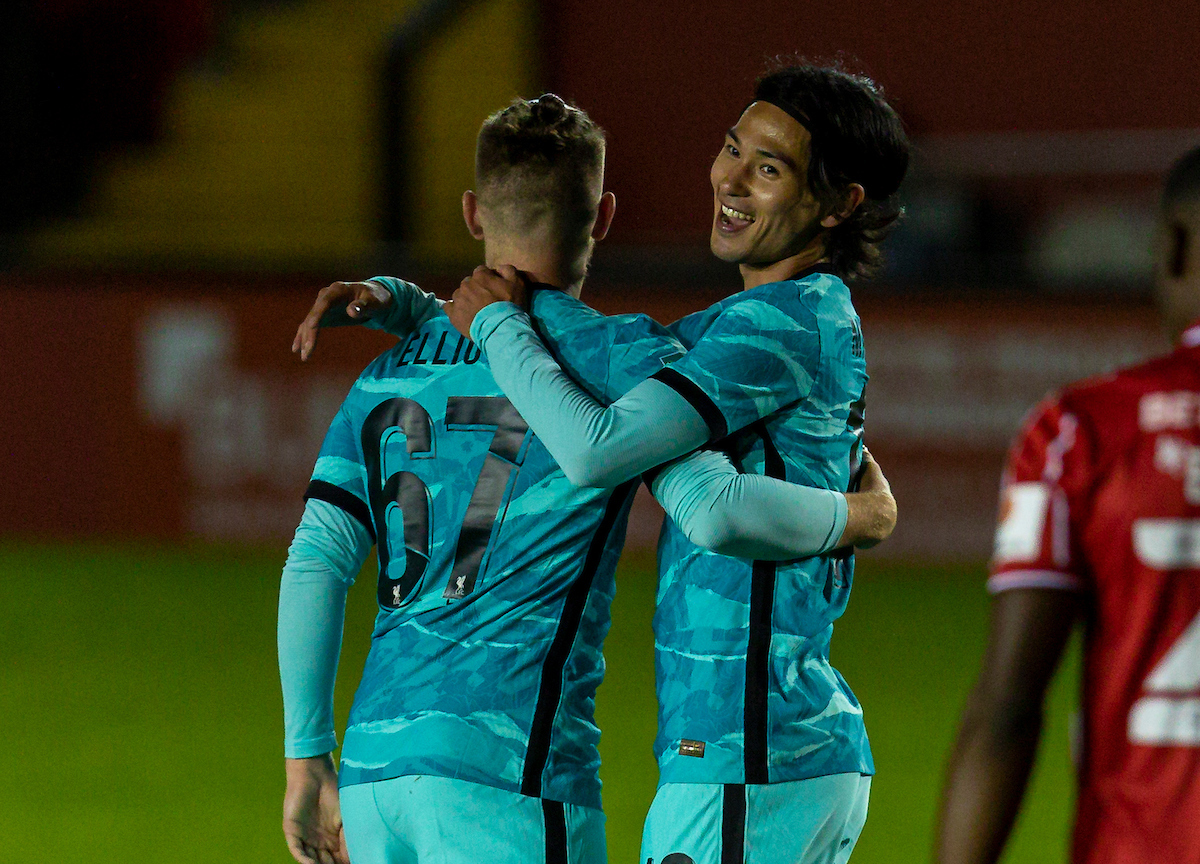 For me, Klopp got the balance exactly right against Lincoln.

In the preview for that game, I wrote about how the culture at the club had become even more evident to me as an increasingly avid observer of The Academy. I got another taste of just how tough, mentally and physically, our U21s side is last night at Tranmere.

I should highlight at this point that an actual U21s side doesn’t even really exist in Liverpool’s setup. The Reds have an U23s side managed by Barry Lewtas and an U18s side managed by Marc Bridge-Wilkinson.

The requirements of the EFL Trophy stipulate that the team must only be made up of lads under the age of 21 and that mostly falls into Barry’s remit, as the majority of his squad meet that criteria.

Last night I watched his young side go toe to toe with Tranmere Rovers’ senior side, matching them for physicality and bettering them in terms of ability, but they were ultimately undone by a lack of experience. That’s OK, that’s why they enter that tournament.

The physicality part actually surprised me. This is a Tranmere side who play in League Two, and anybody who has watched that league will tell you how physical it is (it’s the league Adebayo Akinfenwa spent the majority of the last decade playing in).

I’ve seen those lads grow into themselves in front of my eyes, and that is what I’ve found so rewarding about the experience of following them for the last few years. I hope a handful of them get their chances in the senior side this season, though I understand that is a bit of a contradiction to my earlier point.

Of course, I want to see the pathway for those lads, and I loved when they got their chance against Aston Villa in the League Cup last season, and Shrewsbury was arguably my second favourite home game I went to after Everton in the FA Cup. 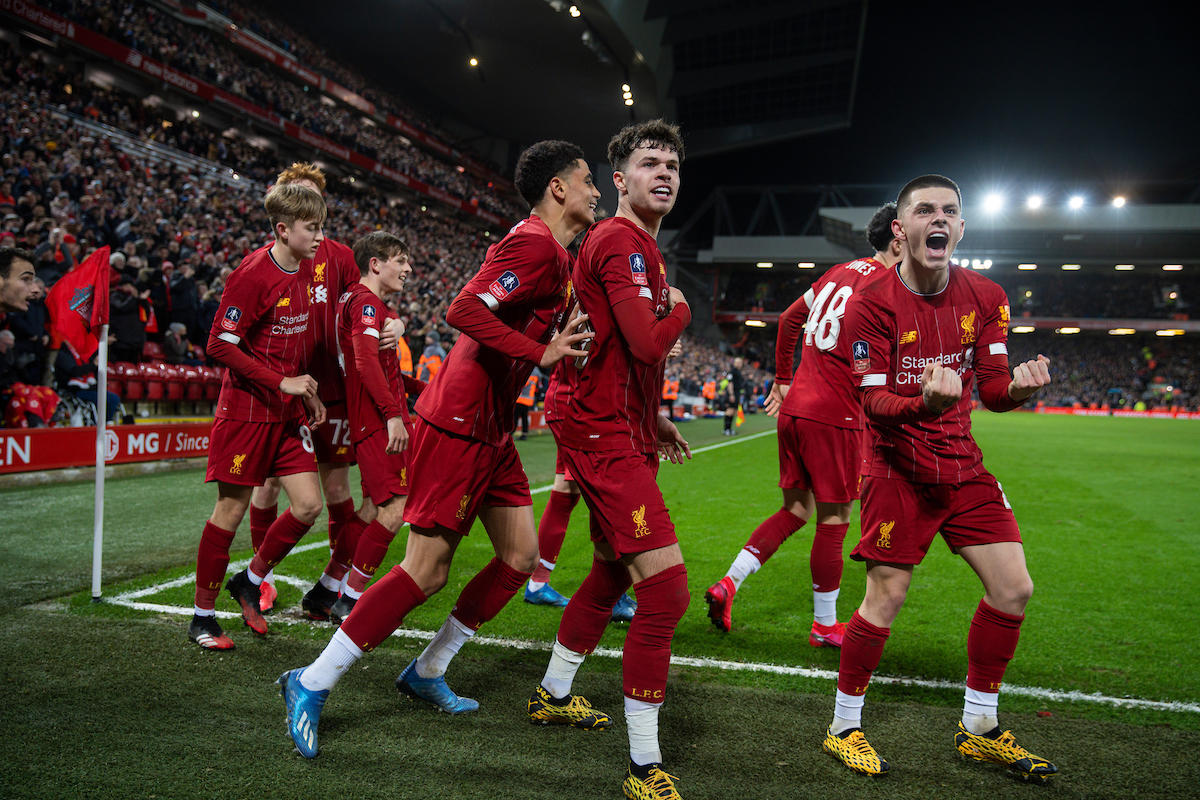 My issue is we have other lads in the squad we have a duty to now. I can now see the logic in Klopp saying he didn’t want a big squad during his early years at the club, because it feels like the boss has selection dilemmas coming out his ears these days.

As much as I want to see Sepp van den Berg (a giant at the back last night), Jake Cain (who bagged another screamer) and co get those opportunities again, I want Takumi Minamino and Diogo Jota to become successful signings for Liverpool.

My argument is that I think they can do that if they’re the first names on the teamsheet for these domestic cup games, as well as being the first subs for Premier League and Champions League matches.

That decision may end up falling in Klopp’s lap at some point this season if we get far enough, and he may decide he doesn’t care and I get my wish of seeing Sepp and Jake get their chances, or he may agree he has a duty to Taki and Diogo and go strong.

The latter could just win us either or both of those cups.

And that brings me onto my team for Arsenal in the League Cup fourth round.

I liked what the manager did splitting the minutes between his two fit centre halves (yes, I mean Virgil and Fabinho) against Lincoln and could see him doing the same again. And as much as I enjoyed Rhys Williams’ performance in that game, Arsenal is a much tougher challenge.

For that reason, I’m leaning towards a back five of Adrian, Neco Williams, Billy Koumetio, Virgil van Dijk first half then Joe Gomez second, and Yasser Larouci (only because Kostas Tsimikas is out and I have ideas for James Milner further forward). I suspect the manager may think about going even stronger. 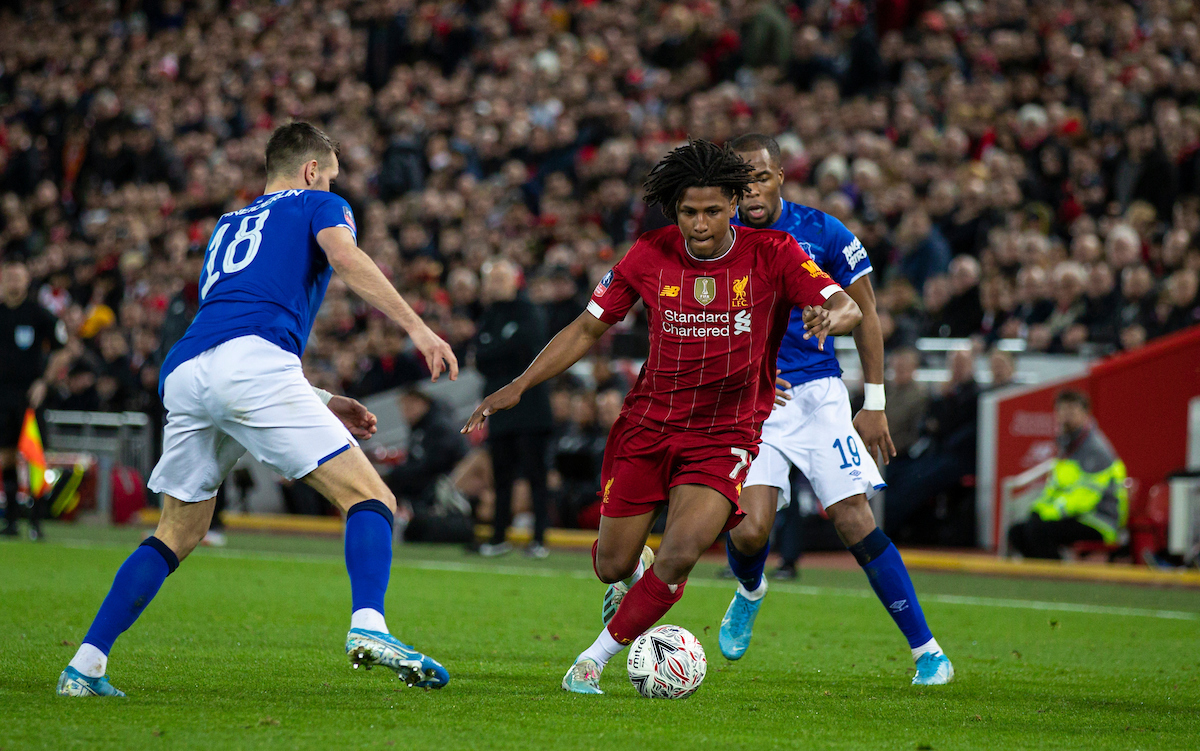 My idea for Milner is mainly him playing as the ‘number eight’ just in front of Fabinho and just behind Curtis Jones in our ‘6-8-10’ midfield. That feels grown up enough for the challenge and also allows us to see Jones shine further.

Upfront I want to team those lads to whom we have a duty with another lad who I think we are all in agreement has a massive future at Liverpool. Harvey Elliott will no doubt excel on the right-hand side with Taki in the Roberto Firmino role and Jota on the left.

Xherdan Shaqiri will feel hard done by if he does miss out as I, like Pep Lijnders, thought he was “superb” in the Lincoln game. Divock Origi got a goal but felt a bit out of place in that team and for that reason I’d have him as a ‘break glass for a goal’ option off the bench.

I’ve tried to strike the balance there which I think will see us advance because, make no mistake, I want The Reds to win this game.

I want Curtis Jones up on that podium at Wembley, whenever the heck the final is in this mental season, so we can acclaim him properly and he can stand there safely in the knowledge he was a central contributor.

Pep’s City side have dominated the domestic cups with their second string in recent years. It’s time The Young Reds knocked them off that perch too.

“It’s boss that Curtis is a local lad. But he isn’t getting in just because he’s a scouser.”

“He’s getting in because he’s an absolute belter of a footballer too.”

📱 Subscribe to listen to our build up to Arsenal in the league cup 👉 https://t.co/oaOWcUzrlr pic.twitter.com/xo0OJFp28k

TAW Special: Liverpool's New Ticket System
This month Liverpool FC announced further information on season ticket renewals, new NFC technology, the friends and family scheme and more.
Phil Dutton, Vice President of Ticketing and Hospitality, speaks to John Gibbons to about the scheme and how it will benefit supporters.
John also joined Cathy Long to speak to Kat Law from the Tottenham Hotspur Supporters’ Trust about how NFC has worked at their new stadium.

For more on Liverpool’s new ticket system as well as reaction to all the news and events that matter to you, including interviews with and documentaries featuring LFC players and staff past and present, subscribe to TAW Player…