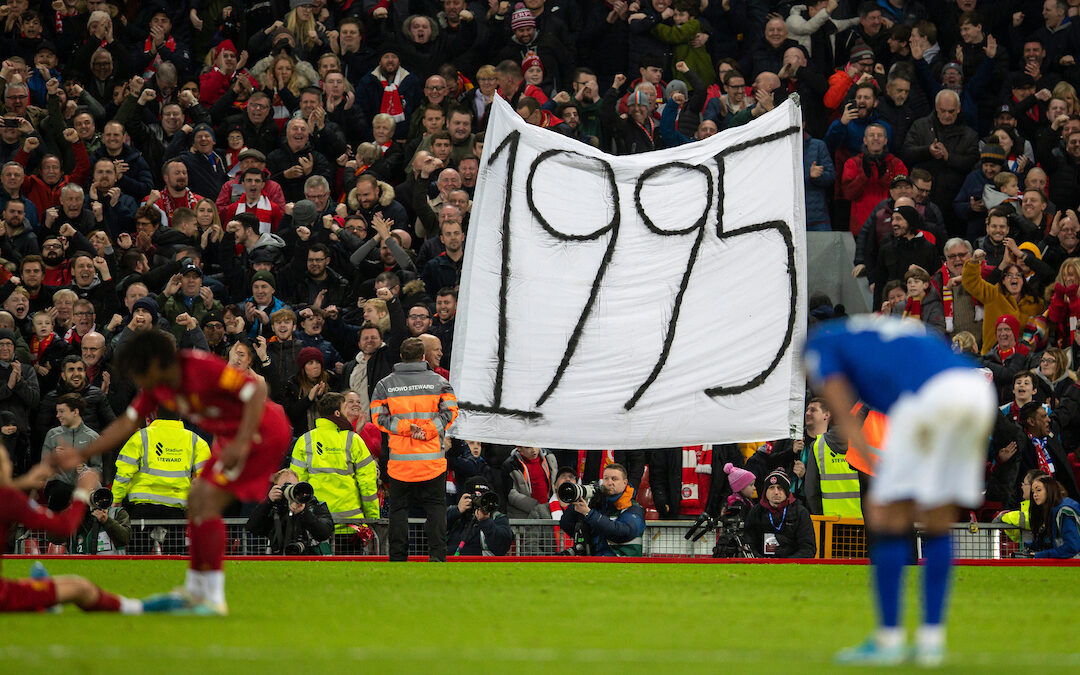 And while this one is undoubtedly going to be weird, it’s another derby nevertheless. Something to feast on after a football famine. And another way to beat Everton. In the summer. In June. On my birthday.

It’s a time of the year in normal circumstances when we’d be watching The Euros or a World Cup. Or, god forbid, a time when no football is being played at all. Liverpool have never before played a competitive match on June 21 and now they will. So let’s fucking win it. And let’s get these lads that trophy they so deserve.

I’ve had mixed feelings about the return of the Premier League from the moment it stopped right up until now. It’s a constant double-edged sword.

Would it feel right with all that is going on around us? What if Liverpool were denied the title they so richly deserve? How long can the game remain the same without a ball being kicked? And football without fans – what would that be like?

The resumption of the Bundesliga helped. It meant we could pop our heads in, have a look around, and see what this strange new world looked like.

I tried, I really did. But I just wasn’t feeling it. I wouldn’t watch the Bundesliga in normal circumstances, and watching it without fans made it even less appealing. There was a palpable missing piece.

It allowed me to mentally prepare for the return of our football, though. So when Aston Villa kicked off against Sheffield United, the empty stands and echoing instructions of coaches were not quite the jolt they were a few weeks previous. 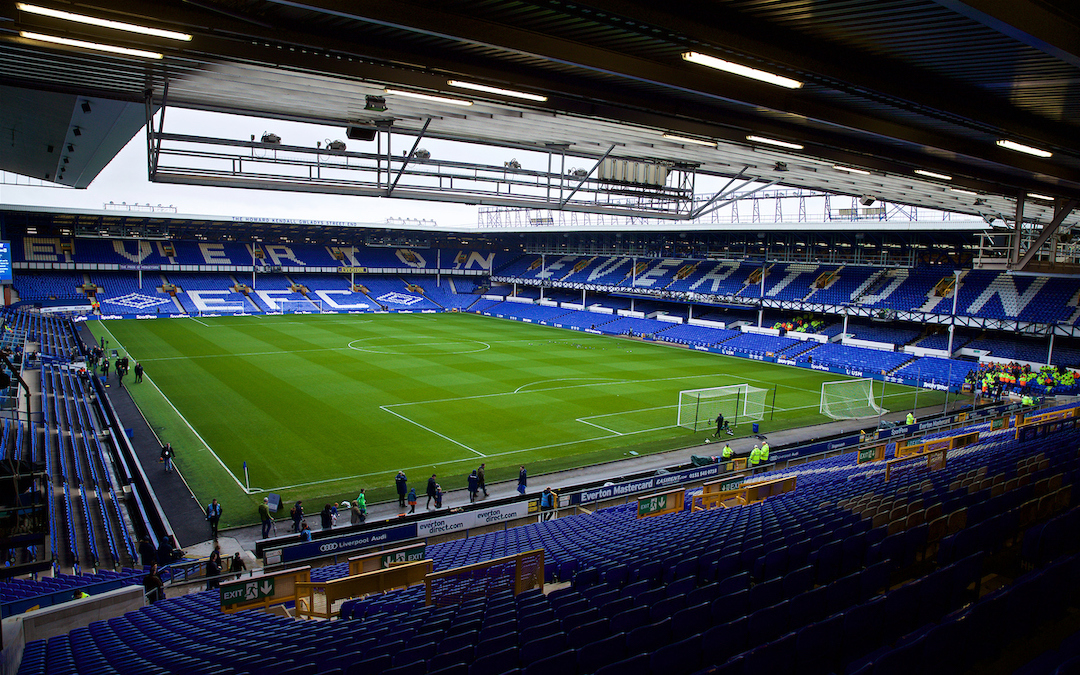 Surprisingly, I was on board with the pumped in crowd noise on Sky. I was convinced that it would be shite, yet, even knowing it was someone in a truck pressing buttons on a mixer, I found it oddly comforting. It was like conflicting parts of my mind were dismayed and impressed at the same time. It was infinitely more enjoyable than what sounds like a game of footie at the baths, anyway.

There was familiarity, too. Who knew Michael Oliver’s lockdown barnet could be such a source of inner warmth? In all seriousness though, knowing the players, the teams, the managers, the ground – it all helped. These are the lads in our drama. The characters we’d consumed for seven months of a season. It was nice to see them treading the boards again.

Many reacted with comments on the quality of the matches, or indeed the players. Some recalibration of what football is like is surely needed after this time away from it. Villa-Sheffield United wasn’t a classic, some remarked. As though the situation made it so. Same applied to City v Arsenal.

Boring? Well, one dominant side versus one pressing self destruct normally is. Those scenarios have unfolded pre pandemic and they will unfold post pandemic too. But wider debates aside, now it’s the best bit – it’s our turn.

One big miss in the Bundesliga experience for me was emotional investment. I enjoyed the story of Union Berlin, and the videos I watched and pieces I read have sown a seed for a future visit when all this is over. But watching from afar stirred nothing. I didn’t know the journey of these lads. I hadn’t been a part of it. I didn’t know how good they were, or what they were capable of.

Once the novelty value wore off, well that was it for me really.

There’s no chance of feeling that way on Sunday. It will again be that double-edged sword. On the one hand, it will be hard not to think about what you could and should have been doing – the pints with mates before and after. The shared moments of joy. The stick flying in the ground. The sights and sounds we know and love.

But after three-and-a-half months of lockdown, after 105 days without The Reds, after endless hours of staying home and pointless walks around parks, will there be a boost to our being by witnessing The Champions Elect take to the field? Of course there will be. 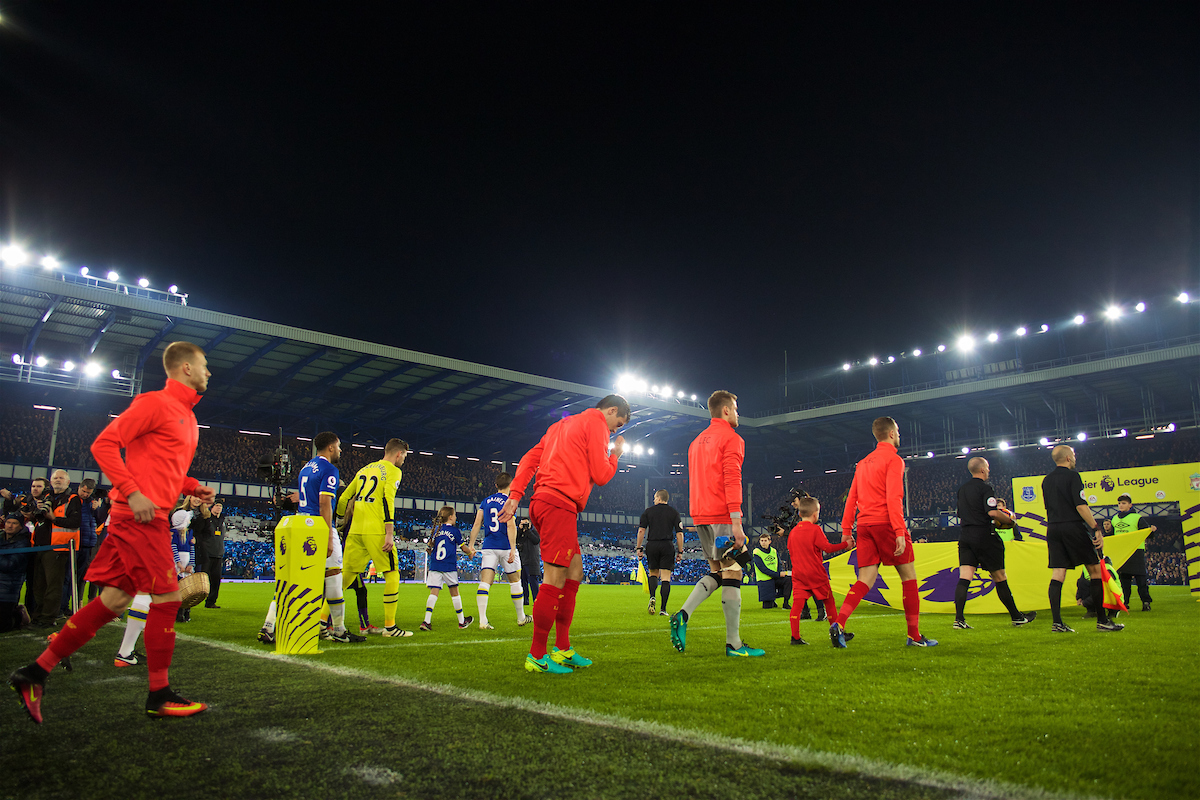 The arguments of null and voiders are null and void. A safer environment than your average supermarket is being maintained for these lads to do what they do best – provide a focus and a distraction from the stresses and strains of everyday life.

These are our boys, the lads we’ve been on a journey of highs and lows with. From the hat trick of final defeats, to the biggest haul of points not to be rewarded with a title to the European Cup, the World Club Cup and now the cusp of that 19th title we thought would never arrive. It’s fucking there, mate!

We might have to party in a park, bounce on a beach, gather in a garden or go scatty on Skype, but this is still our team, our club and something that has made up a huge part of our lives for a very long time.

The debate is over. It’s back. And Liverpool stand on the verge of becoming Champions for the first time in a lifetime. First though, Goodison, Everton, and local superiority to be underlined.

Roll on Sunday. Make it a happy birthday for me, Liverpool.