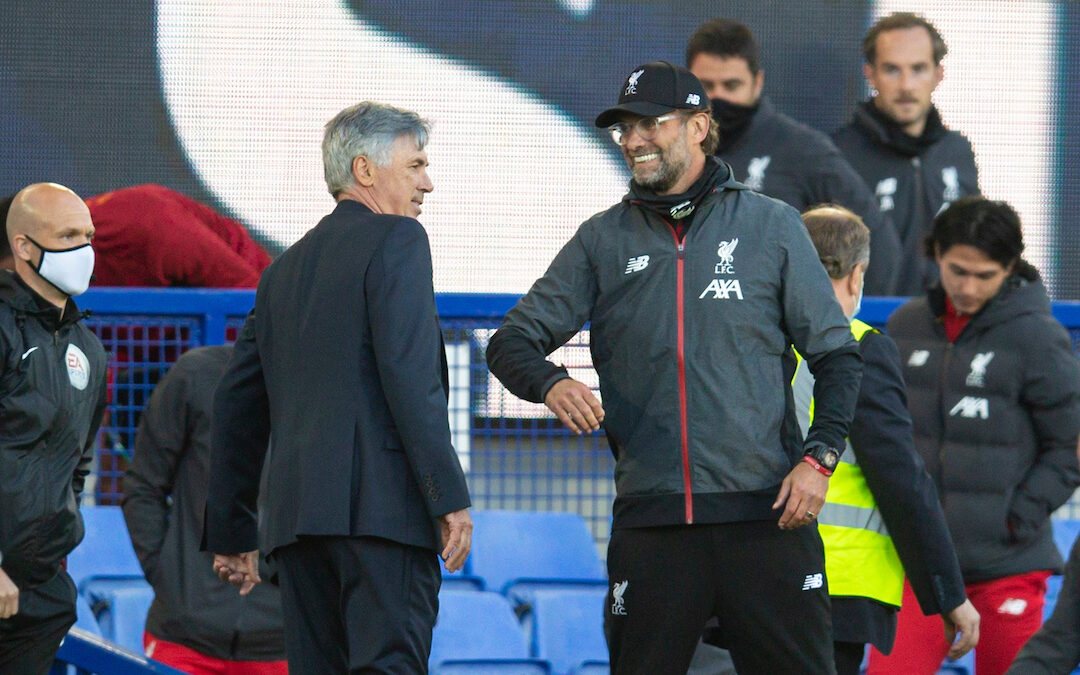 I TELL you what. That was quite the journey.

I went from thinking it was just a victory that we were getting to watch The Reds again when so many were so desperate for it not to be happening, to Liverpool making me tear my hair out, to being happy with a point, to finally being disappointed there weren’t all three.

It was a treacherous game. Liverpool were without their two left-footed stars and looked imbalanced throughout due to it. Takumi Minamino played well enough first half but he isn’t able to stretch it. Alex Oxlade-Chamberlain can stretch it but he is happiest in midfield. Neither wanted to be right-sided forward for The Reds. The best to cover Mo Salah is Sadio Mane. But then he would have needed to be covered.

My point here is that today is a good day for Timo Werner ultras. But even there it isn’t quite right and is a bit unfair – Minamino needs time to work himself out for Liverpool, and perhaps Liverpool can have a look at the shape as well. And there is more than one way to skin that particular cat. I wonder if Jürgen Klopp ever considered the shape and personnel we saw against Everton in the December league game.

The lack of Andy Robertson was also an issue. James Milner started, got a harsh yellow and got injured. Joe Gomez was willing and came as close as anyone to getting in second half as Liverpool turned the screw. It was difficult down that flank. Seamus Coleman played well for Everton and quietly Alex Iwobi did a job that stifled Liverpool.

One thing that is clear for Merseyside football is that Carlo Ancelotti is very welcome indeed. Being a great footballing city means these fixtures should mean something. It means something and is competitive today in part because Ancelotti is an extremely experienced manager who plays the kind of football that should make these fixtures quality. It shows today as the 4-4-2 of Everton makes the game edgy.

The game was reminiscent of Napoli’s win against us away from home this season. Liverpool were the better side for most of that, but not quite able to get away to create anything clear cut. Napoli hung in and got a penalty.

Here they nearly got their chance around the same time with Mike Dean playing an unadvantageous advantage and the passage of play ending with Tom Davies hitting the post. He had the best chance of the game but Gomez blocked brilliantly. Not long after, Richarlison and Dominic Calvert-Lewin could all have won it for Everton. At that point we were on the ropes. 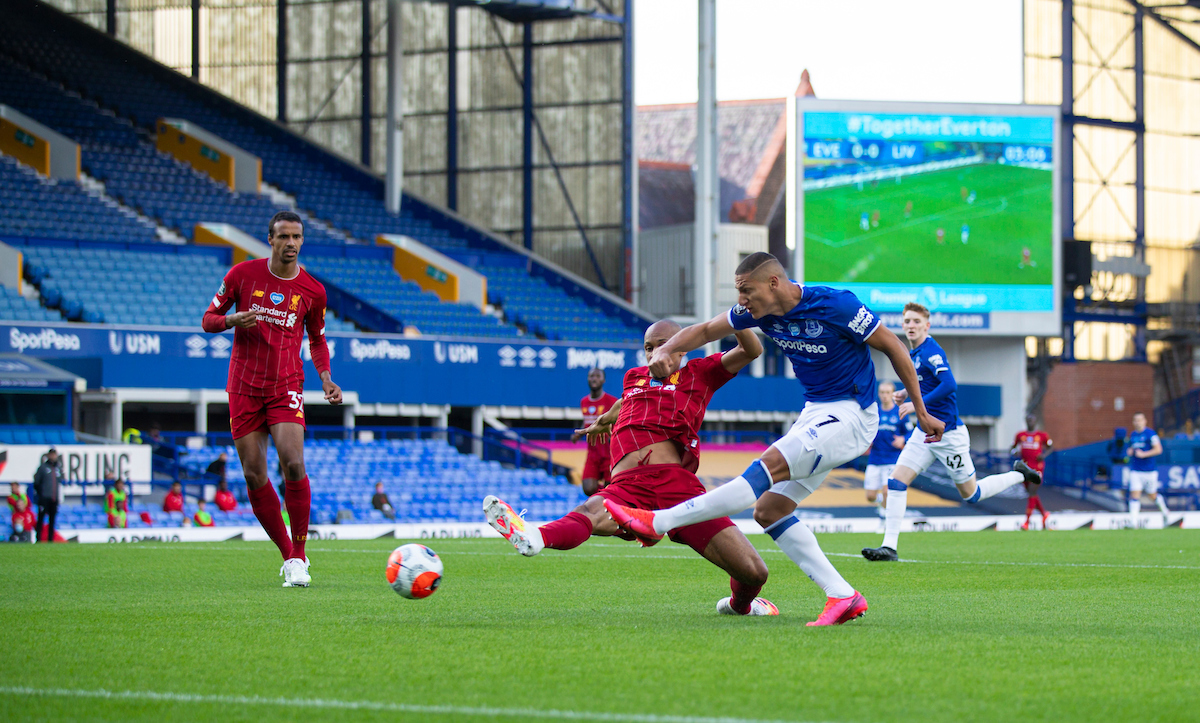 But the chances to create chances kept emerging for The Reds, and Fabinho could have converted a late freekick before Trent Alexander-Arnold cheaply spurned the corner.

The frustration is almost purely aesthetic. Liverpool will be crowned Champions in the next 14 days or so. There is no doubt about that. But it is now likelier they win it while not playing and, while there is no bad way to win a league title, it is that which will be the least fun despite the fact that we aren’t there to be part of it too.

As weird as it is without fans, as disconnected from normality as life still feels, Liverpool FC are back on the pitch. It’s the weekend and Liverpool are playing Everton. How great is that? Even in these circumstances, we are all quietly excited. Hoping for something.

These months have been long and we are all longing to see each other. How wonderful it would be if we could go crazy, if we could lose ourselves, if we could mad for a game like this. We are not there yet, but this is something and something is better than nothing.

We may well wish it could have been a bit different: we would have all like to have been there for one thing. Your company would have been wonderful. How much are we missing each other? Immensely. Every song I write’s about you.

I tell you what. We’ll get there.

📱 Make sure you’re subscribed for all of our immediate reaction to Liverpool’s first game since MARCH 👉 https://t.co/XZAK9veWt7 pic.twitter.com/kTeMb5tO8d