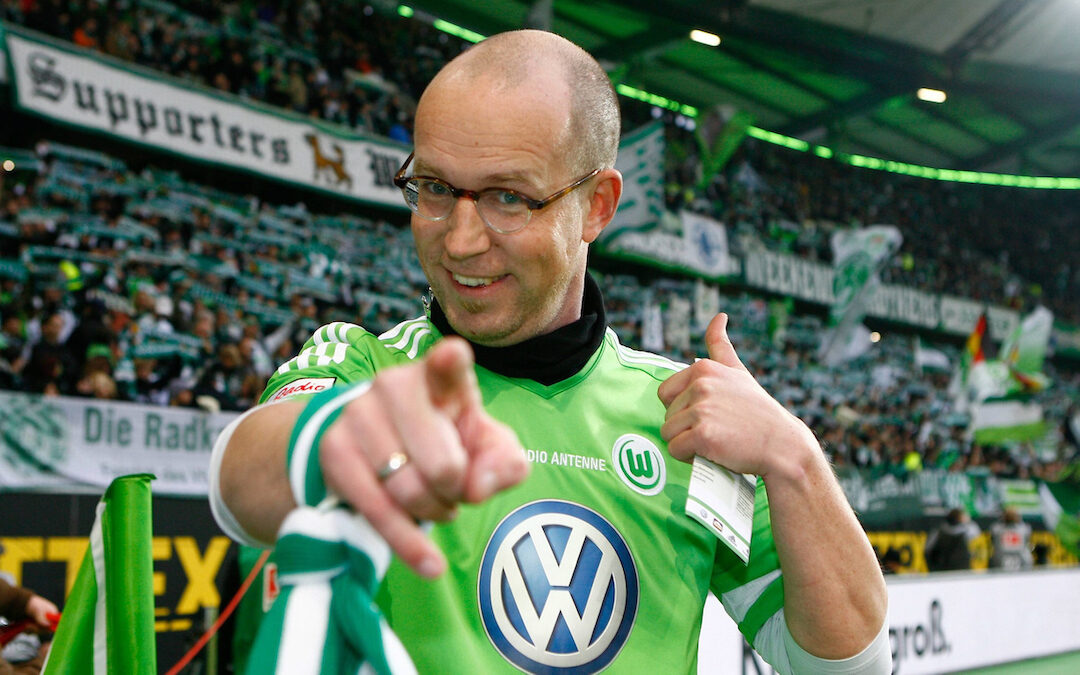 Well, Christmas Day morning if it had been postponed for two months. And it wasn’t the real Father Crimbo, just some random old fella with a beer belly and some grey stubble. And instead of the latest games console with all the best games, he brought you one of them little joystick numbers with 100 different games on but you only ever play Pacman.

Yeah, alright, the Bundesliga restart didn’t feel quite like we’d got football *back*. But it was definitely a start. And, to be fair, I got pretty up for it.

At the back end of last week I asked my fellow Anfield Wrap columnists to pick a team to watch and to write about the experience of *becoming a fan* of a new team.

I decided I’d call it ‘Bundesliga Diaries’. Partly because whenever I’m asked to give anything a name my mind usually goes blank, and I spend ages filtering through a large number of shite puns before arriving at something which is at least passable. This time I took some inspiration from the lads who run the podcast ‘Bundesliga Diaries’.

We’re likely to be doing a few shows around German football’s restart which (like this column) will feature some seriously amateur opinion. So if you are after more informed opinions go and give Bundesliga Diaries a listen. I’m biased but I do think it’s great and a good entry into understanding a foreign league – and yes, it’s English speaking.

Anyway, back to our new teams. So we all picked our sides, and the reasons for which club each individual picked to dedicate their lockdown lives towards were varied and interesting. At least compared to mine. 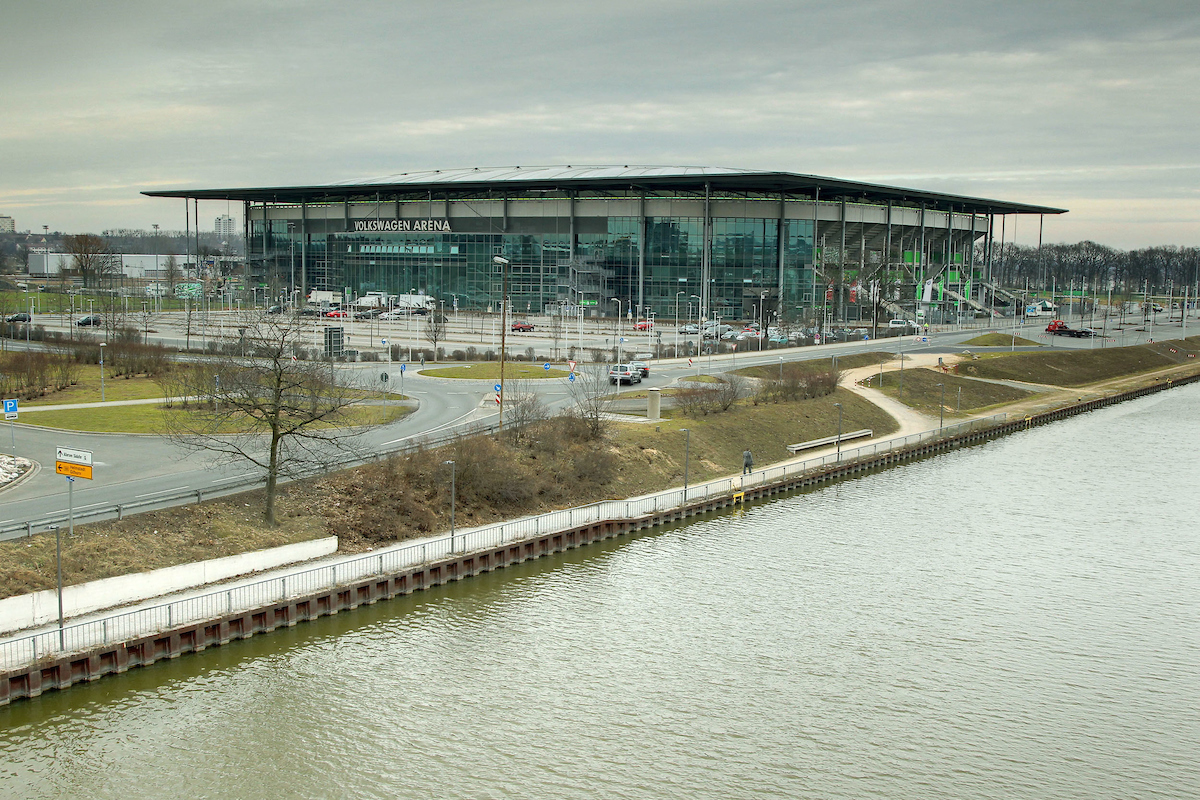 You see, my roots to this particular side run deep. Back to 2014 to be exact.

I was a second-year university student who had just about adapted to a sports journalism course that featured very little time spent in lectures. Not because I wasn’t turning up, but because we only had two fully timetabled days a week. So I had a fair bit of spare time.

And I loved Football Manager. So that took up a lot of said spare time. I also like a challenge. So I never chose to be a side who had loads of money or all the good players. I preferred to go for somebody in the lower-mid table region and work my way to the top. Preferably one with a few decent young players to develop.

I’ve managed Wolfsburg on and off for a number of years across a few different platforms (basically went them on FIFA a few times), so when it came to picking a team to support before The Reds come back, there was only one candidate.

Funnily enough, Craig Hannan asked a mutual German friend of ours for some advice on which teams we should support and he said anyone but Wolfsburg.

So my decision was made. 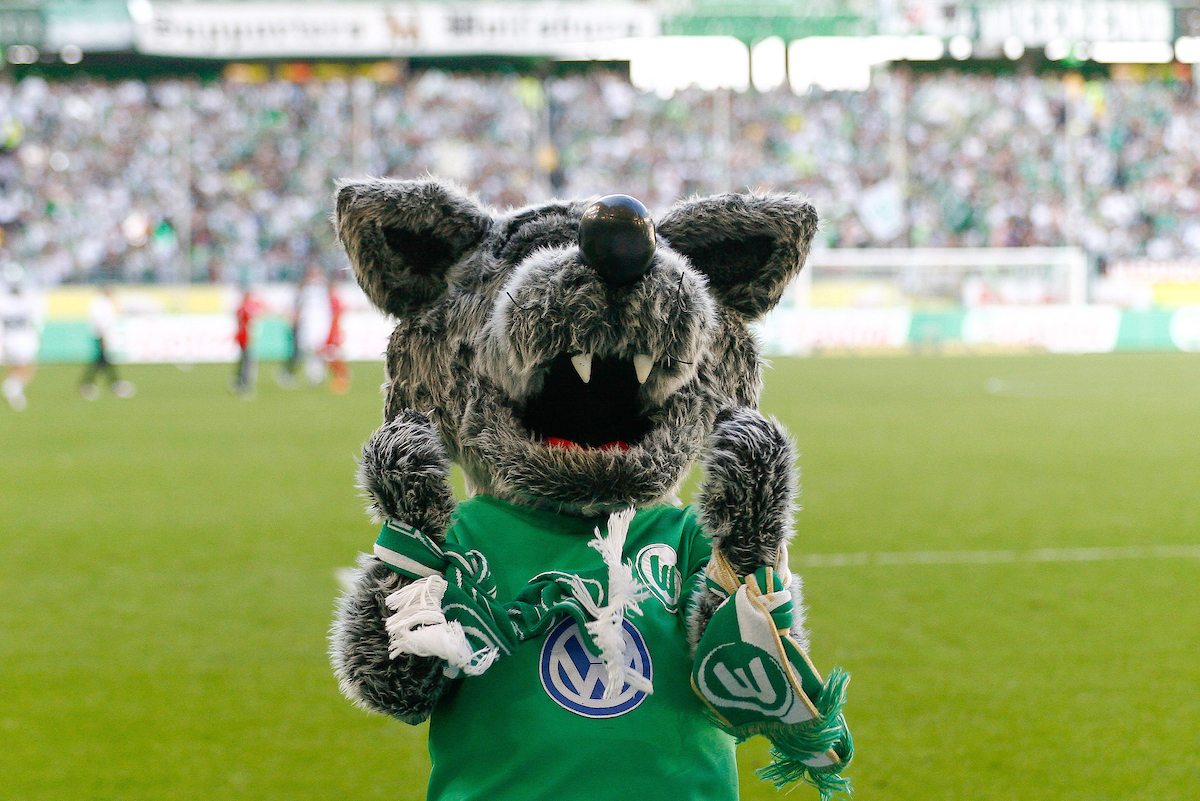 I had a look at the teamsheet before the game to see which players I recognised from my time as gaffer. You’d be surprised to hear that a lot has changed in six years.

Back then my team featured a good Brazilian presence in Naldo, Felipe and Luis Gustavo. I had former Arsenal man Nicklas Bendtner. Former Chelsea man Andre Schurrle. And another lesser-known former Chelsea youngster called Kevin De Bruyne – wonder what happened to him…

In the present day, the only names I recognise from the class of 2014 are Maximillian Arnold and unused substitute Robin Knoche. So this was going to be a learning experience if nothing else.

The first few minutes of the game were spent getting my family’s BT password wrong too many times and having to wait 15 minutes before being able to try again, despite eventually finding the right one.

Luckily it seemed I hadn’t missed much. And that was one thing which struck me about the weekend’s games I watched/followed. They all seemed to start slow. Could that be something we should expect when the Premier League comes back, or is that a feature of a league with generally less quality than our own?

Regardless, Wolfsburg were on top. The opposition side, Augsburg, had chances to test Die Wolfe’s keeper, and he didn’t exactly meet those tests with aplomb (another thing I noticed over the course of the weekend with a few of the keepers, which again may be due to the break or just a drop off from watching Alisson Becker every week).

I actually celebrated their goal in the 43rd minute. Partly because it was a great looping header which took me a bit by surprise, but also because I wanted to give my all for my new but temporary lads – otherwise what’s the point? 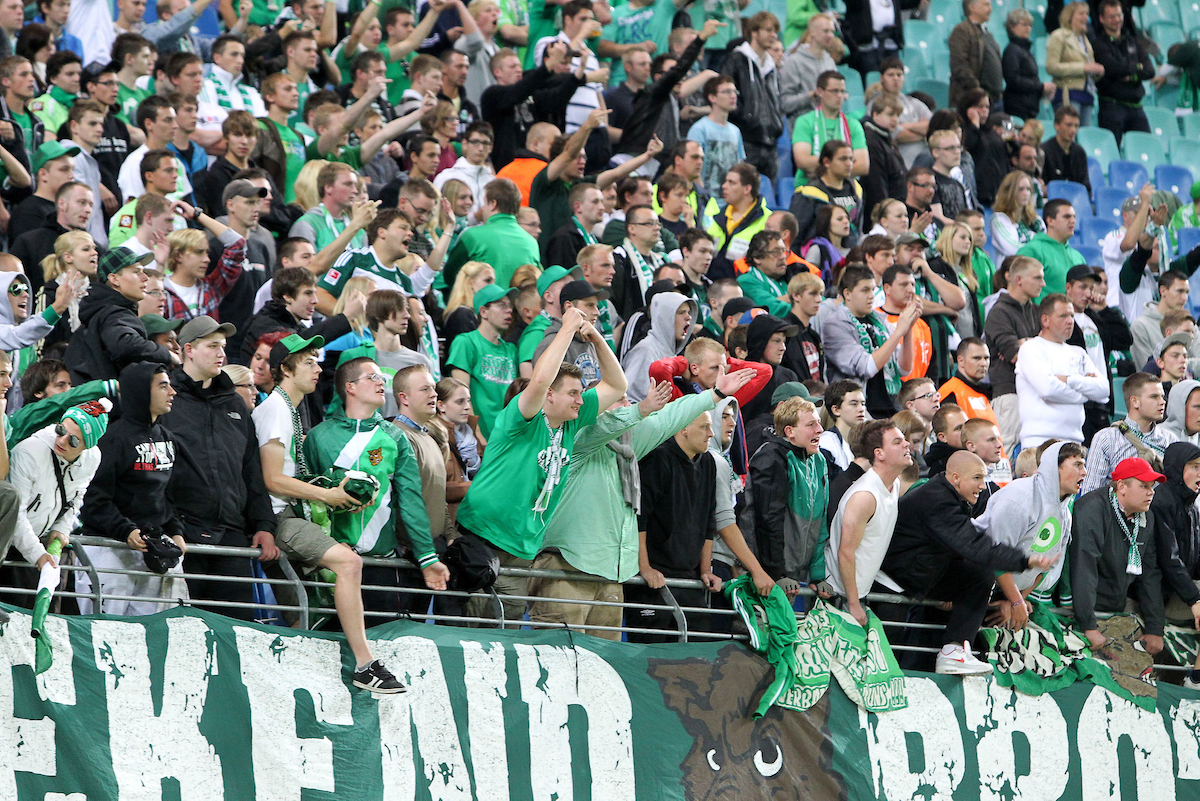 Shortly after the break, Wolfsburg’s keeper and defender combined to throw in an absolute howler, which caused me to further question the quality of what I was watching. I was definitely starting to worry about the new team and goalkeeper fate had chosen for me to get behind.

But just as I was starting to lose all hope, and focus with a higher quality Borussia Dortmund display against Schalke also playing in the background, our lord and saviour Daniel Ginczek entered the fray.

Wolfsburg’s right back, Kevin Mbabu who actually looks a great talent, had his opposite number on toast before finding our lord and saviour Daniel Ginczek at the back post.

Thank heavens for our lord and saviour Daniel Ginczek.

So what did I learn from the Bundesliga’s restart? That my deep Wolfsburg roots may be entirely dependent on how much control I have over their ability to perform. That the quality may not be as good to start with. But equally that football will still be a sport all about moments.

Wolfsburg had their big moment late on. But the biggest moment for me was having some top-flight football to watch again.

Oh, and I can’t wait to see Alisson Becker again.