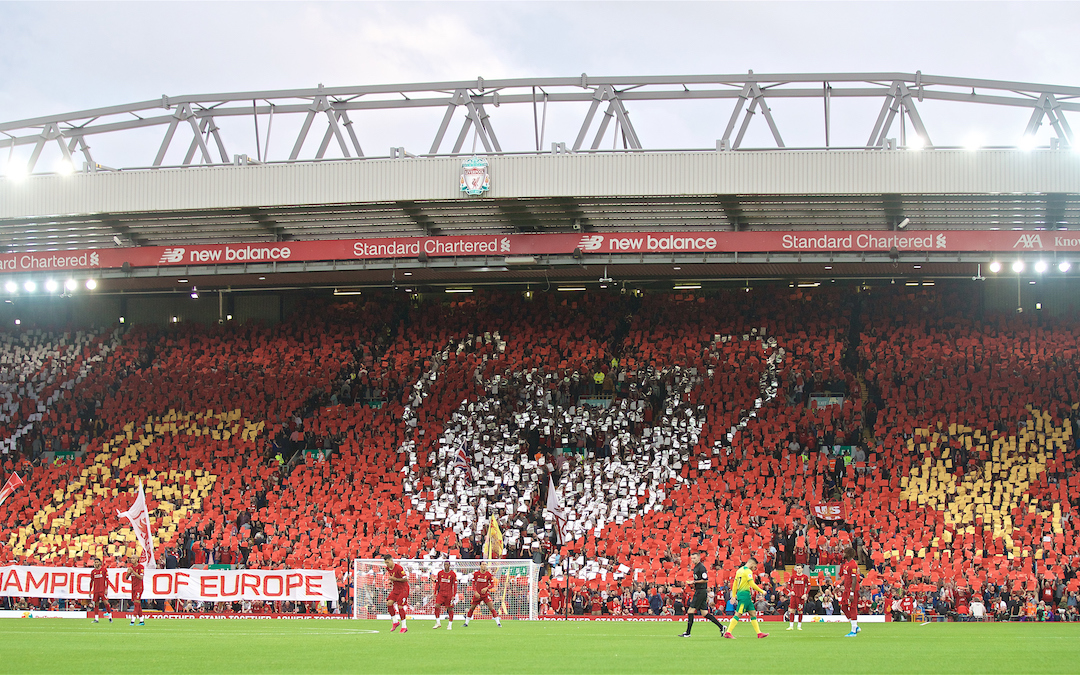 THERE’S not too much to connect the football clubs of Liverpool FC and Norwich City on the surface of things, or even the two cities they represent.

There is a direct train between Merseyside and East Anglia if you fancy sitting through the five hours and 20 minutes journey but there has even been talk of that being axed.

On the pitch, only 65 games have been contested between the clubs, The Reds winning 36, with 15 draws and 14 victories for The Canaries.

Off it, only four transfers have ever taken place directly between the teams – all from Anfield in the direction of Carrow Road, 241 miles to the east.

Spaniards Sergi Canos, in 2016, and Daniel Ayala, in 2011, were the more recent of the quartet to make the move.

Yet despite the relatively mundane links, Norwich City will always mean something to Kopites of a certain vintage – mine and older, basically.

See the kit, hear the name, and you’re taken back to April 1994 – the last day of the standing Kop.

What was supposed to be a celebration of a famous old terrace was somewhat spoiled by The Canaries and, in particular, Jeremy Goss, who scored the only goal that day – the last in front of The Kop as we knew it.

Construction around stadiums is normally heralded as a mark of progress, of ambition even – as is the case with the latest incarnation of plans for The Anfield Road end, revealed this week.

Yet there was a sadness then. The Kop was being demolished to comply with The Taylor Report’s ruling around all-seater stadium. It wasn’t progress, or a club on the up and up – it was something Liverpool were forced to do – and it didn’t feel right.

A No Seats campaign, run by John Mackin, emphasised the misgivings many supporters had about it, while the fact so many stand for 90 minutes to this day shows the folly of the move.

Comparing that era to this, and with the knowledge of all that’s come after, it would be easy to consider Norwich’s win at Anfield to be a “shock”, especially given The Canaries have failed to score a victory in the 13 matches that have followed.

Further, they have often featured a glut of goals for The Reds, with Liverpool scoring three or more goals in nine of those matches.

Back then though, we were dealing with a different beast entirely. Liverpool finished eighth in the league that season with only 60 points on the board from 42 matches – only seven points above 12th-placed Norwich. 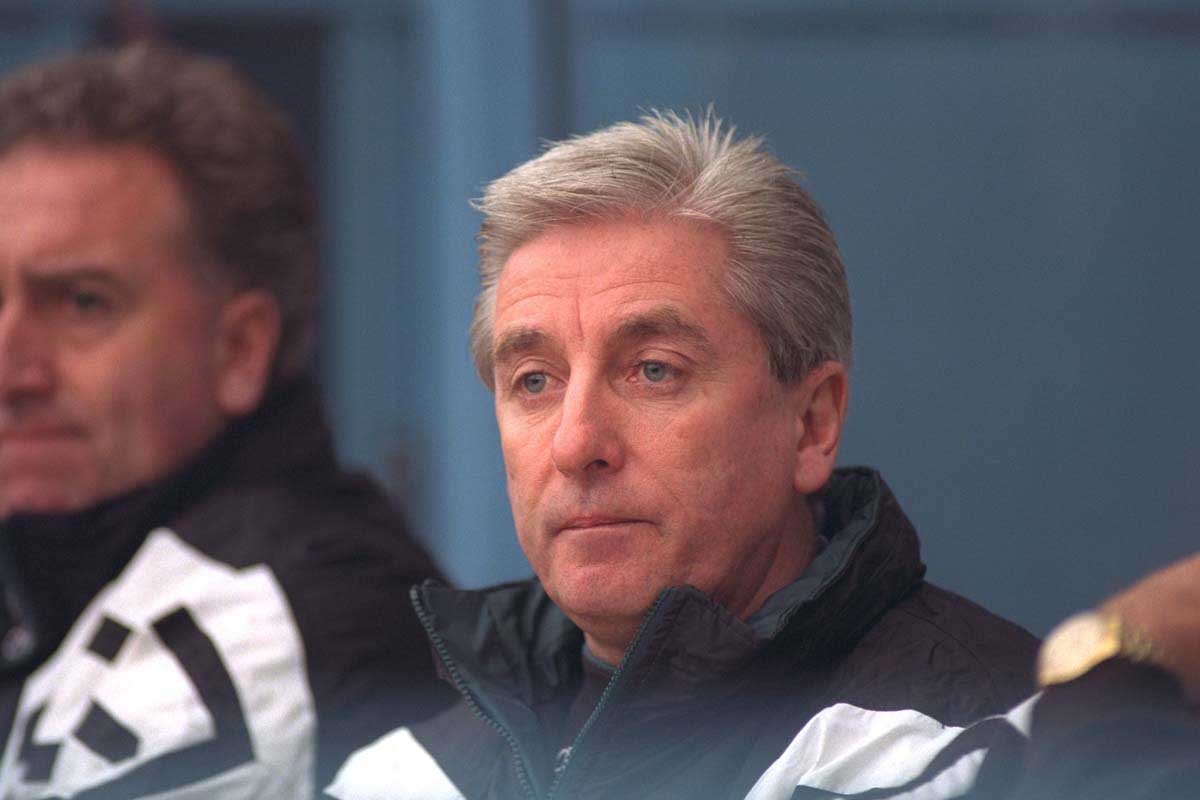 The Canaries actually lost less league games than Liverpool that season, too – 13 to The Reds’ 16 – and scored more goals than the side managed by Graeme Souness until January when he resigned and Roy Evans took the reins.

It was a season when Ian Rush was still rattling in the goals and was still that season’s top marksman but Robbie Fowler had made himself known from his debut onwards.

It was also a season when Neil Ruddock, Julian Dicks and Nigel Clough were signed. Say no more.

Everton won a Goodison Derby, Swindon Town – who finished bottom, conceding 100 goals – were claiming a 2-2 Anfield draw and we crashed out of the FA Cup to Bristol City.

Norwich went down the following season and have only played six complete campaigns in the Premier League since The Kop was pulled down.

Liverpool, in the 25 seasons that have followed, have won two European Cups, the UEFA Cup, two FA Cups and four League Cups.

Yet the league has remained elusive with four runners-up spots the high points and three seventh-placed and two further eighth-placed finishes the definite lows. 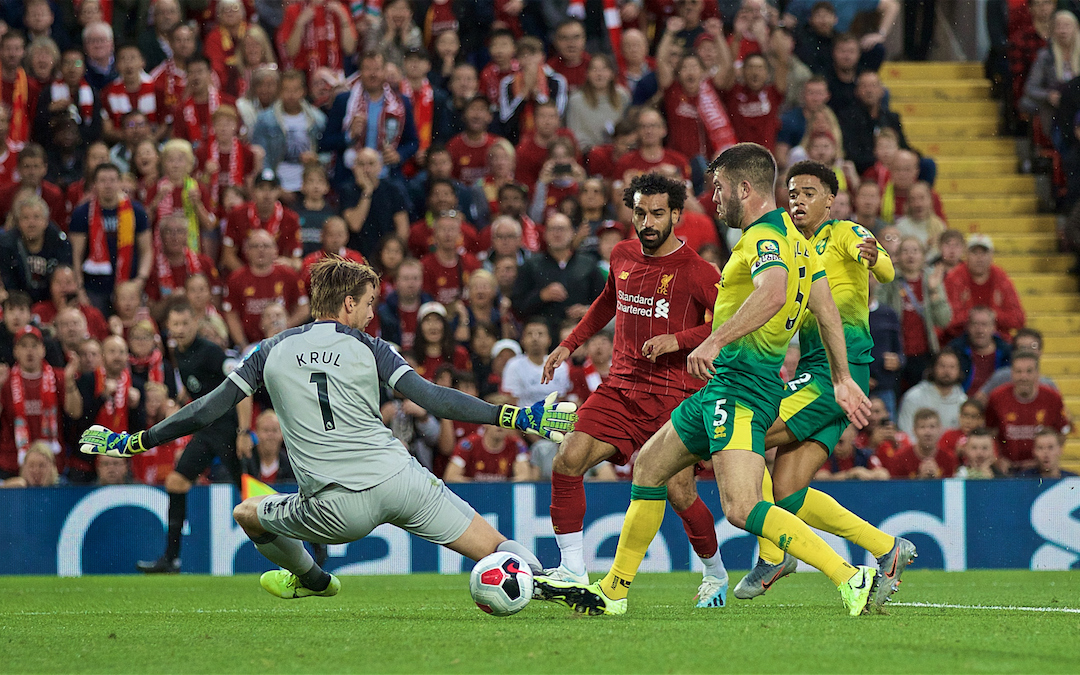 It’s a reminder, if one was even needed, of how fortunate we are to be witnessing what is unfolding in front of us week after week.

The Kop coming down was the last home game of a season when Liverpool had been as low as 13th in the league.

Now, as Liverpool travel to face a Norwich side tomorrow that is rooted to the bottom of the table, The Reds go there having never relinquished top spot all season long since claiming it in the second week.

It’s a relentless march to a title that for so long looked impossible.

Anfield’s face could soon change again, just like it did post Norwich in 1994. But this time it will do so with Liverpool on the up and the club deciding its own destiny instead of being dictated to by others.

The squad, the stadium, the spirit – if the early 90s were your first experiences as a match-going Red you’re likely saying the same as me – we’ve never had it so good.

"Jürgen said that he feels like we haven't played for half a year… and we feel the same.

"I'm so excited to watch the Reds again."