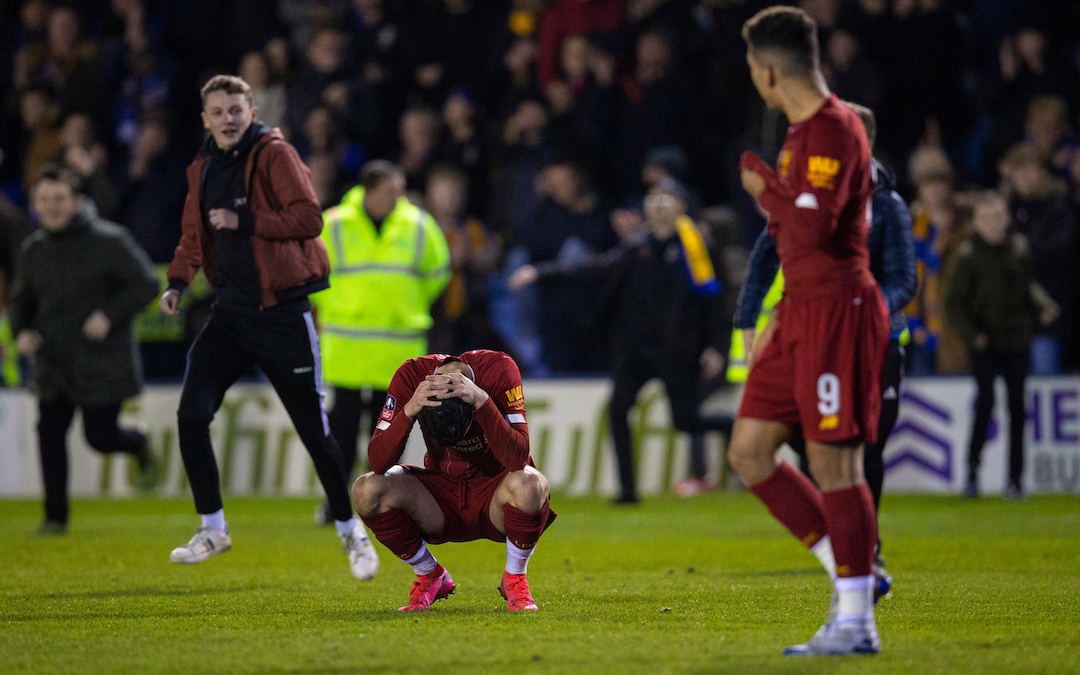 DESPERATE. The word of the day.

Liverpool were desperate at times today. Jürgen Klopp made 11 changes once again in domestic cup competition, but this time he couldn’t strike the balance that he has struck so well in previous games.

The young lads started the game so well. Neco Williams doing his best Trent Alexander-Arnold impression from right back, Pedro Chirivella all passing and purpose, Yasser Larouci bombing up and down the wing, Harvey Elliott executing some nice flicks early on.

Curtis Jones was the one who stood out once again. Another FA Cup game and another goal will do his confidence no harm. The way the rest of the game panned out possibly will, though.

The more experienced lads just never got into it, aside from Adrian – head and shoulders above every single one of his teammates on the day. Joel Matip, Dejan Lovren and Fabinho stunk the gaff out, truth be told. Divock Origi just couldn’t make it stick.

For the second game in a row, Klopp’s decision to change from the tried and trusted 4-3-3 seemed to harm Liverpool’s rhythm. And by the time he switched back to it, Shrewsbury already had the wind in their sails, and had knocked it almost completely out of Liverpool. 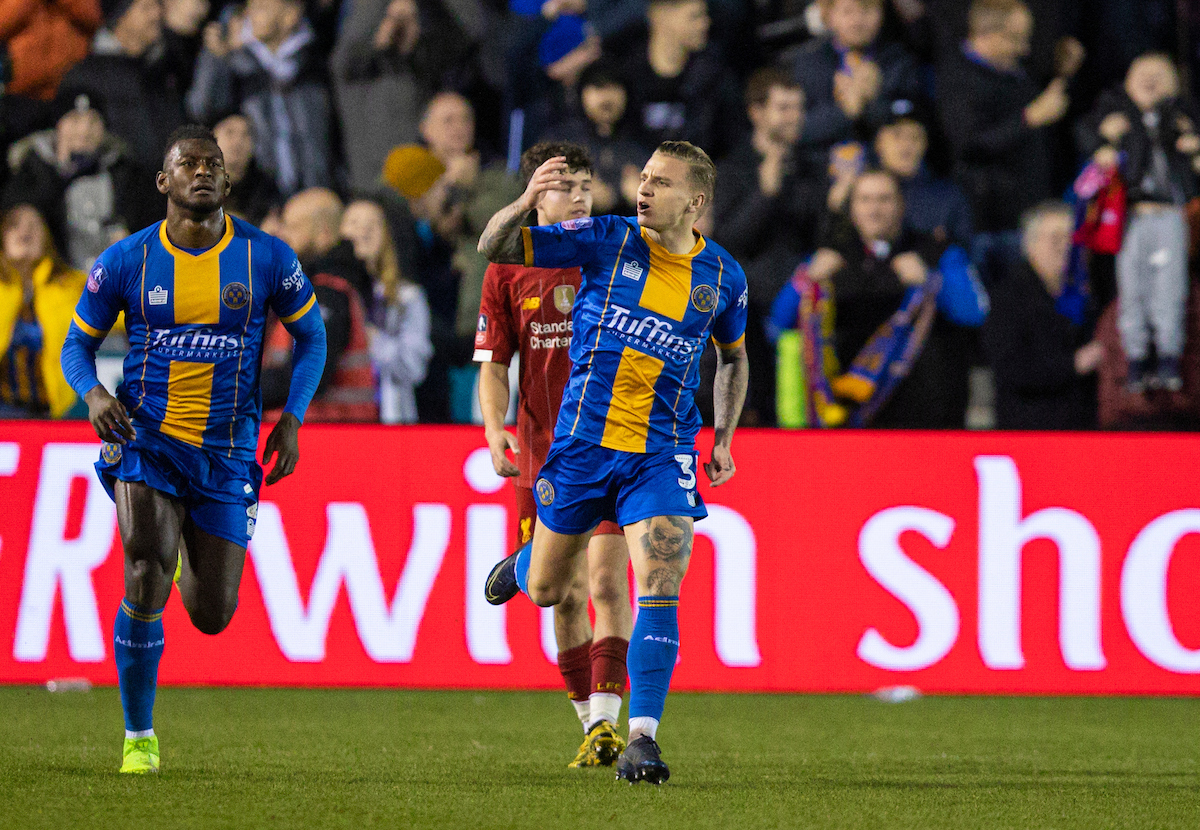 I’ve written this season about the trust which runs deep at the club at the moment, and how apparent that is whenever any incarnation of a Liverpool side takes to the pitch.

Today the experienced lads couldn’t be trusted to take control of the game, their younger teammates started to lose trust in them and then The Reds just couldn’t stop making mistakes.

It was arguably the second game in a row in which The Reds were crying out for the influence of James Milner. He’s shown he can help carry similar teams to victory, leading by example and keeping standards up. See also Adam Lallana against Everton.

Instead, the lads who were desperate for minutes to recover from their injury problems were just desperate today.

And Klopp was desperate to avoid a replay, to the point that he’d have probably taken a third Shrewsbury goal once their comeback was complete.

People will say it showed the level of respect the manager had for the opposition that he eventually called upon Mo Salah and Roberto Firmino. In fact, it probably showed just how much he didn’t one this one to go to a second game at Anfield. 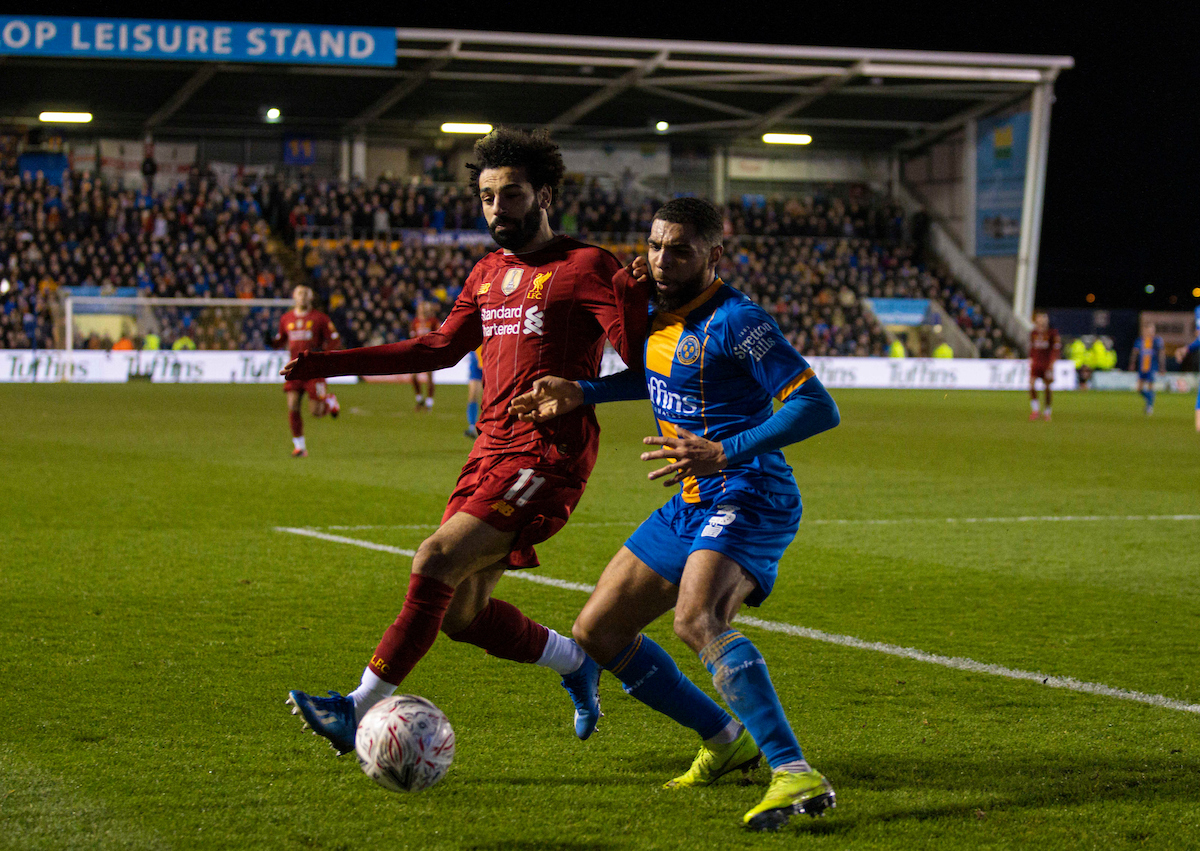 That was what Shrewsbury were desperate to make happen, and in the end it was entirely deserved. They didn’t hide after a shocking own goal less than 30 seconds into the second half, instead they played on Liverpool’s insecurities and forced The Reds into mistakes.

Those mistakes will at least give Neil Critchley and all the young lads a chance to avenge the Aston Villa scoreline, while Klopp will no doubt have to field further criticism for ‘disrespecting’ the tradition of the domestic cups.

It’s a decision he’ll be cursing the fact he even has to make, but he’ll be able to blame the outdated replay rule and the need to give his players a winter break.

So the League One side deservedly get their dream trip to Anfield, and Liverpool’s youth team gets the chance to play in front of a full Anfield.

Hopefully something positive comes from all this.

“I was surprised that we were so poor.

“It wasn’t a performance that you would associate with a Liverpool side, regardless of personnel.”

📱 Subscribe here for all of our reaction as Shrewsbury Town earn a replay 👉 https://t.co/XZAK9veWt7 pic.twitter.com/npkCPACxE9