Why Don’t We Talk About FSG? A Journey From Toxicity To Togetherness 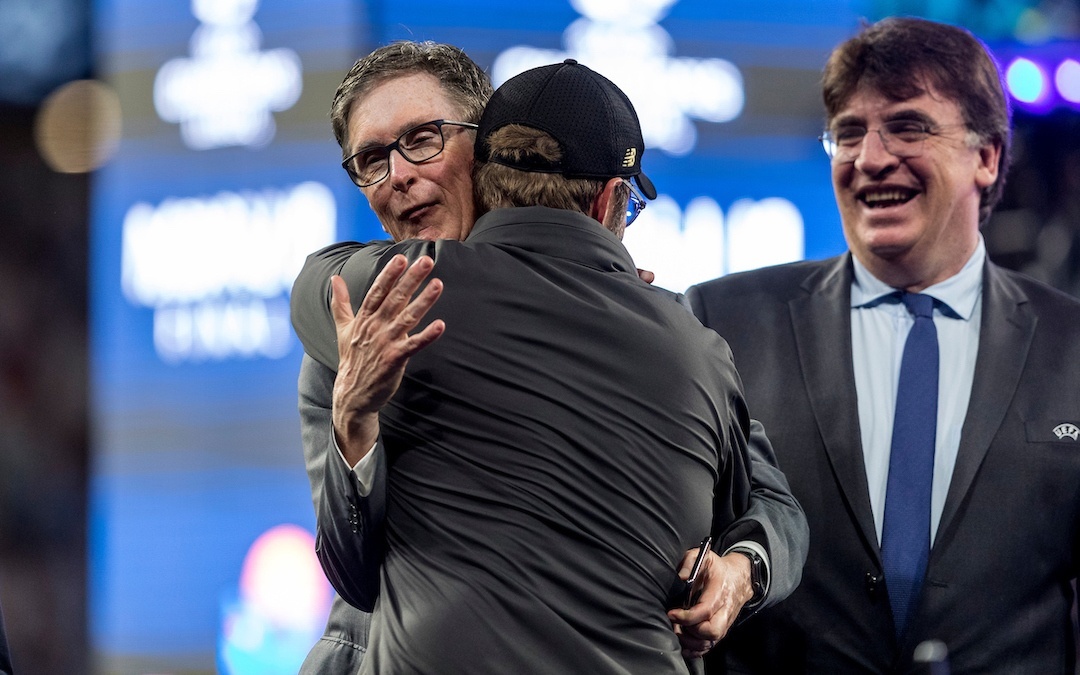 “WHY don’t you talk about FSG?”

It’s a question we were forced to consider over and over again at The Anfield Wrap once upon a time.

Jürgen Klopp was Liverpool manager, Anfield’s Main Stand had been successfully expanded, but there was a belief that the owners weren’t ambitious enough about the club.

‘Moneyball’ was the oft-used phrase in reference to FSG’s policy around spending, and there were even doubts about whether Klopp would be able to achieve success, given that the owners were seen as having no desire to dig into their pockets and the manager didn’t mind.

Klopp had said he was happy to work with what he had, that he preferred time on the training pitch to transfer negotiations, and that showed in the players he was prepared to persevere with despite the fact we could tell some of them were just crap.

It’s mad when you look back.

Whereas now you have to work hard to find flaws in Liverpool’s setup, it seemed blatantly obvious to some at that time that FSG weren’t right for the club. 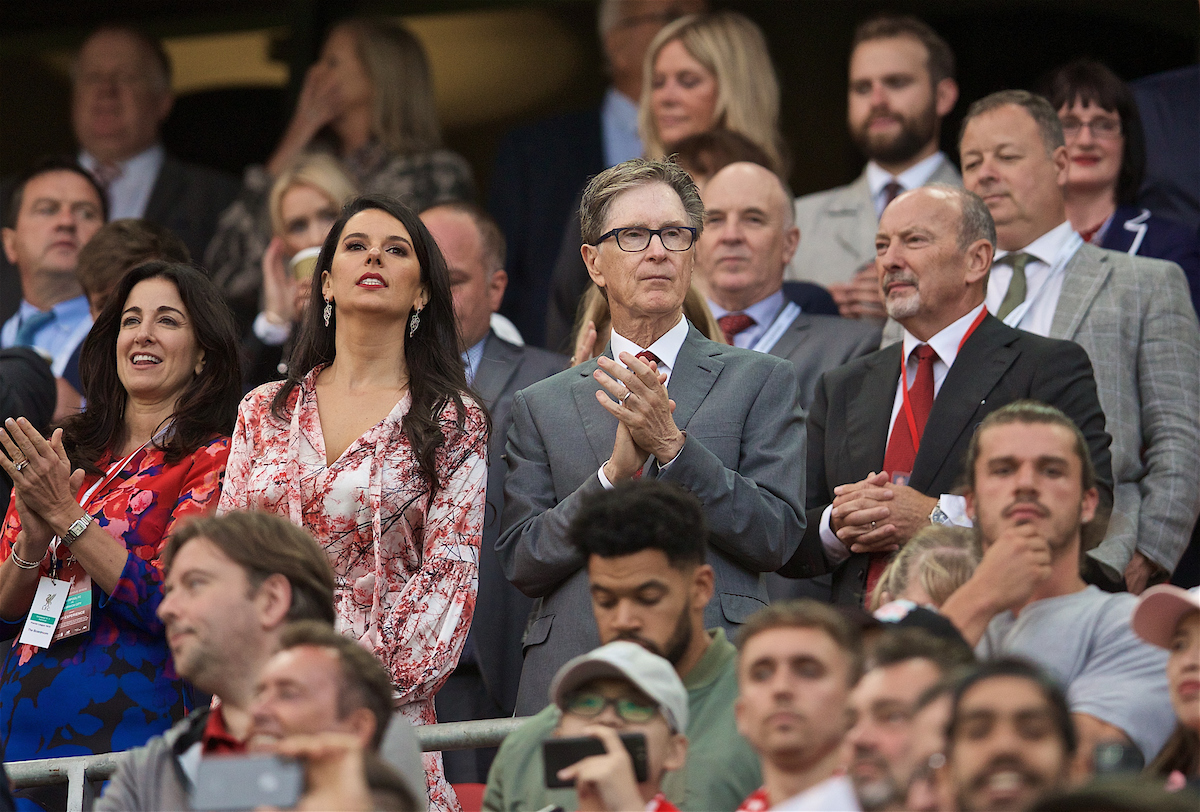 They’d saved us from administration and all the upheaval and uncertainty that would have brought, but they’d taken us as far as they could apparently.

We needed owners who would back the manager in the transfer market in order to compete with the lads winning all the league titles, and ones that wanted to create the right framework for a proper culture to be implemented.

What we didn’t realise at the time was that those owners we were after were the ones we already had.

None of this is to say that they haven’t made mistakes during their time at the club. There have been issues within the community around Anfield, issues with ticket prices, general communication, accessibility and their lack of presence.

The crucial thing about mistakes being made is that they’re made early and then learned from, and it’s hard to argue that FSG haven’t done that.

Could they still do some things better? Yes, perhaps. But have they made progress in their nine years at the club? Yes, definitely.

Liverpool is a club that’s no stranger to battling back against owners who aren’t doing what they should be – and John Henry and co will know that just as well as Hicks and Gillett did.

Think back to the walkout on 77 at home to Sunderland in 2016. It’s funny that some people say there’s just something about Anfield. As if there are other forces at work.

Well for Klopp’s team to go from 2-0 up and cruising against a lowly Sam Allardyce-led team, to a more than noticeable percentage of supporters leaving the ground with 13 minutes of the game remaining, and the team completely losing grip of what looked like a routine three points supports that theory.

There’s just something in the air at Anfield. That day it was discontent and it was felt by the players on the pitch, the manager on the touchline and the owners back in Boston.

The most important thing? The message was heeded. Ticket prices were reconsidered and they’ve been frozen for the last four seasons.

The club is doing more than ever in the community in order to build bridges that were burnt by the previous ownership, and even neglected by the current occupants for a time.

That has been demonstrated in the way the club have very carefully gone about the consultation process in putting together a revised plan for expanding the Anfield Road end.

And speaking of the stadium, that’s been an issue for as long as I can remember being a Red.

The previous owners wanted to move us on – spades in the ground etc. For a time it felt that was the best solution. We got stung there, so the current owners carefully set about assessing the possibility of expanding our spiritual home.

Now we couldn’t imagine being anywhere else. And it feels like there’s even more to come. 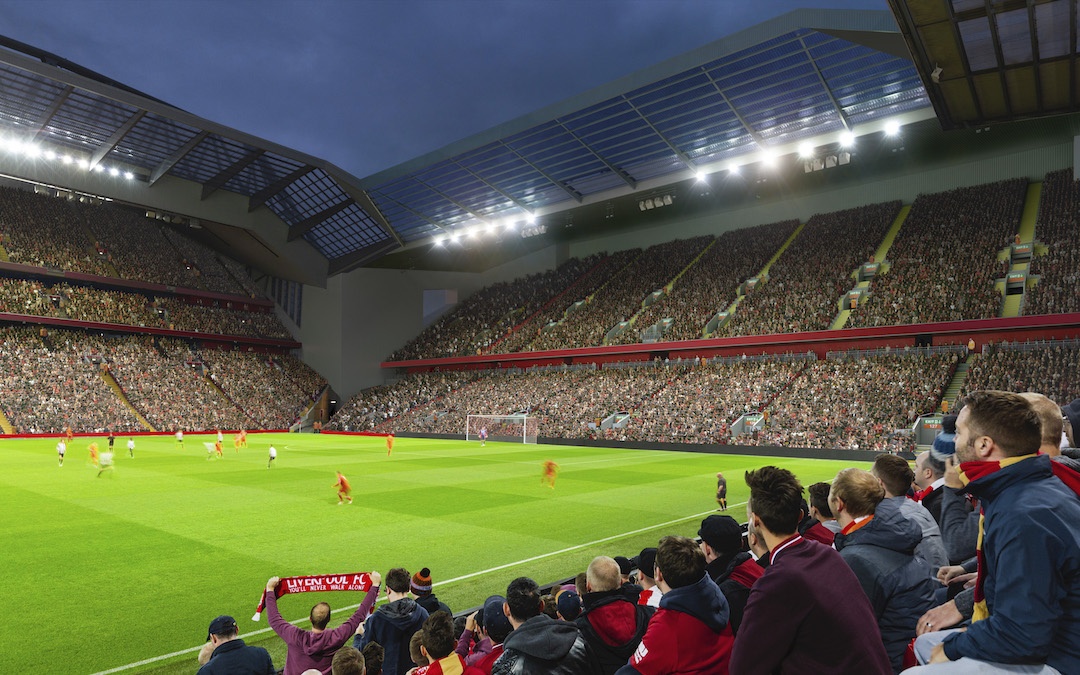 FSG backed their man and it paid off. A sixth European Cup in the trophy cabinet, a record return of 97 points in the league, and every chance of eclipsing that this season.

What the ‘apologists’ said at the time was that the owners had rescued us from the depths of despair, they got the manager we all wanted in Jürgen Klopp, and that we’d been a slice of on-pitch luck away from several trophies.

They’ve got more to go off now and the ‘FSG Out’ lads have got no leg to stand on.

Klopp seems to hold a debt of gratitude towards the owners and, in a way, we should be thankful about how things have turned out.

“Obviously the club is constantly trying to develop and make the next steps. That’s what I like about the news,” the boss said before the weekend.

Why don’t we talk about FSG? Yeah, maybe we should.

“Liverpool are huge, Liverpool are successful and everyone wants to go… it makes sense to make the ground bigger.”