How Oxlade-Chamberlain Is Finding Answers To A Career Of Questions 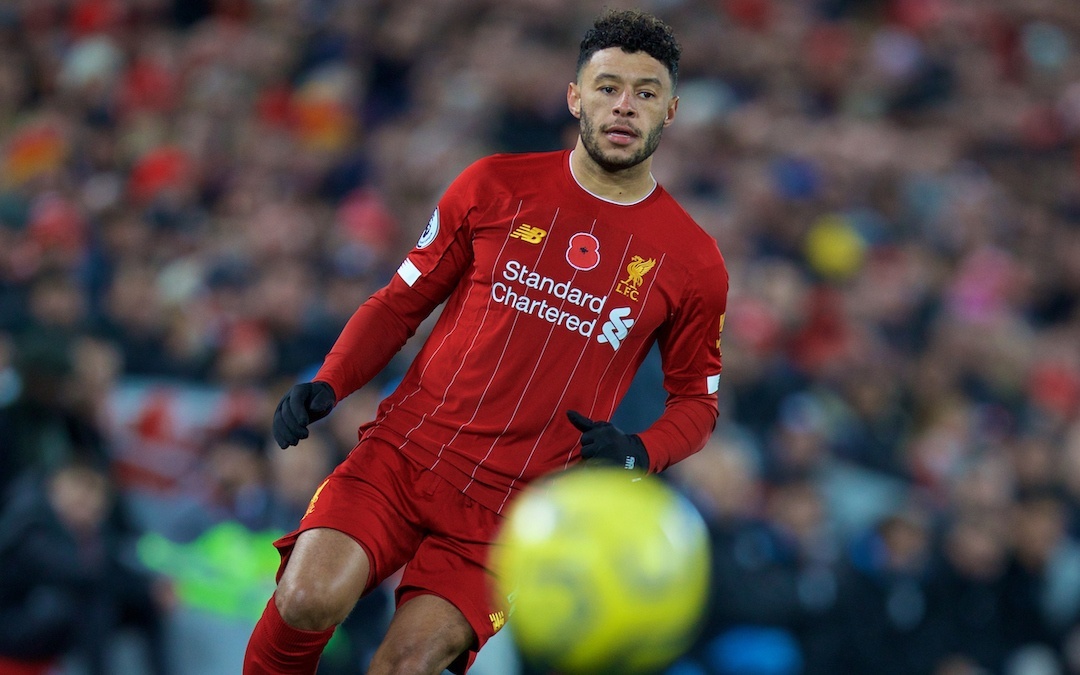 JUST prior to England’s 4-0 win over Kosovo on Sunday, our own Alex Oxlade-Chamberlain took centre stage.

Chamberlain’s international career began seven and a half years ago, in a 1-0 win over Norway – incidentally Roy Hodgson’s first game as England manager.

He made his first start for the Three Lions a week later, and within a fortnight he was starting the opening game of the 2012 European Championships.

That was all at the age of 18, and yet that was the last time Chamberlain featured at an international tournament.

ITV’s pre-match feature on Liverpool’s number 15 exposed the sheer scale of his injury issues since then – his fitness record reading like a criminal’s rap sheet during a police interview. 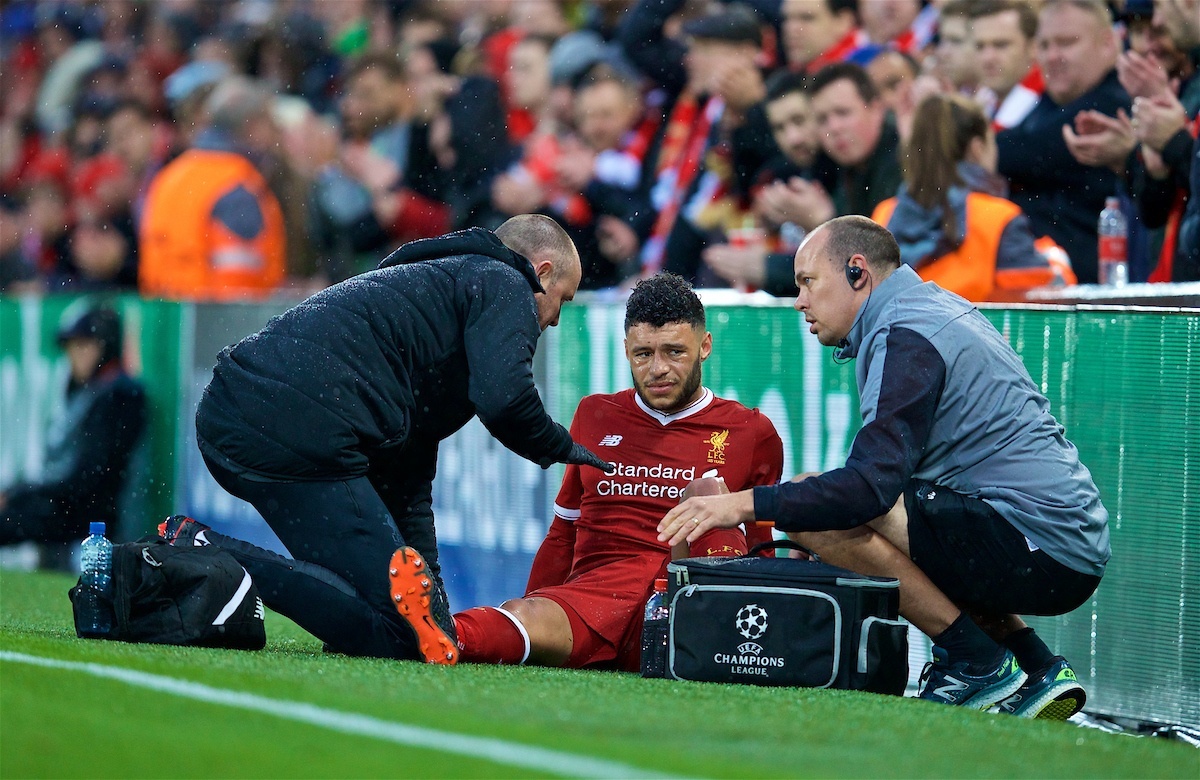 “That’s about as bad as it gets,” said Gareth Southgate, as the camera cut to Chamberlain possibly reliving the mental and physical pain of that latest injury.

Those interviews preceded one of the most heart-in-mouth moments that most Liverpool supporters will have had watching an England game, as Chamberlain came off second best in a challenge just two minutes into the game and writhed around in pain.

Luckily he was able to continue, likely leaving Southgate and Jürgen Klopp both breathing a huge sigh of relief, and in fact that early glimpse of another potential nightmare moment didn’t stop the man wearing the number eight shirt for England from getting stuck right in.

That is testament to the character of Chamberlain, who was eventually subbed off in the 72nd minute having assisted the opening goal with a decisive pass to Harry Winks which left him one on one with the keeper.

That assist followed his first England goal in over two years against Montenegro on Thursday night at Wembley, and caps off a month filled with highs for the former Arsenal man.

Chamberlain has scored four goals for Liverpool, was named the club’s player of the month for October and is proving himself on the international stage once again. It’s no wonder he’s being talked of so highly. 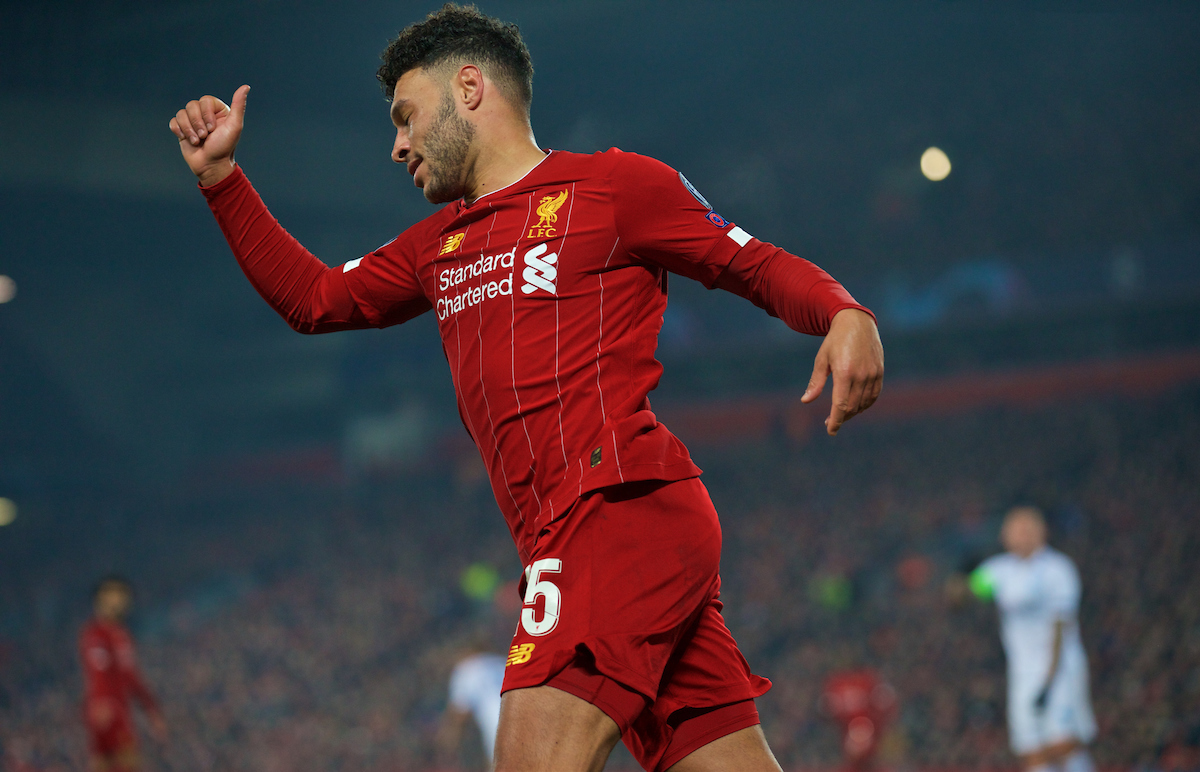 From Liverpool’s point of view, he’s hitting form just at the right time, with The Reds coming into a crucial period of the season in which Klopp will have to look towards those who have had less game time so far this season to make an impact.

It will be music to the boss’s ears then that Chamberlain has already been having that kind of impact, and that all is looking rosy in the garden for a player who has had more than his fair share of trials and tribulations during his career.

Liverpool didn’t exactly have an ideal pre season to prepare for this campaign, and it’s fair to say Chamberlain didn’t look at his sharpest during that time, which may have raised some questions about whether he would be able to rediscover the form he showed in 2018.

But those concerns are long gone now and the only questions are whether he’ll get the game time his return to form deserves, although there should be no doubts about how much Klopp rates him.

Chamberlain’s resurgence is testament to that.

The way his recovery has been managed deserves a lot of credit, from physiotherapist Richie Partridge who worked one to one with Chamberlain to build his knee back up after reconstructive surgery, to Klopp and his team for easing him back into action. 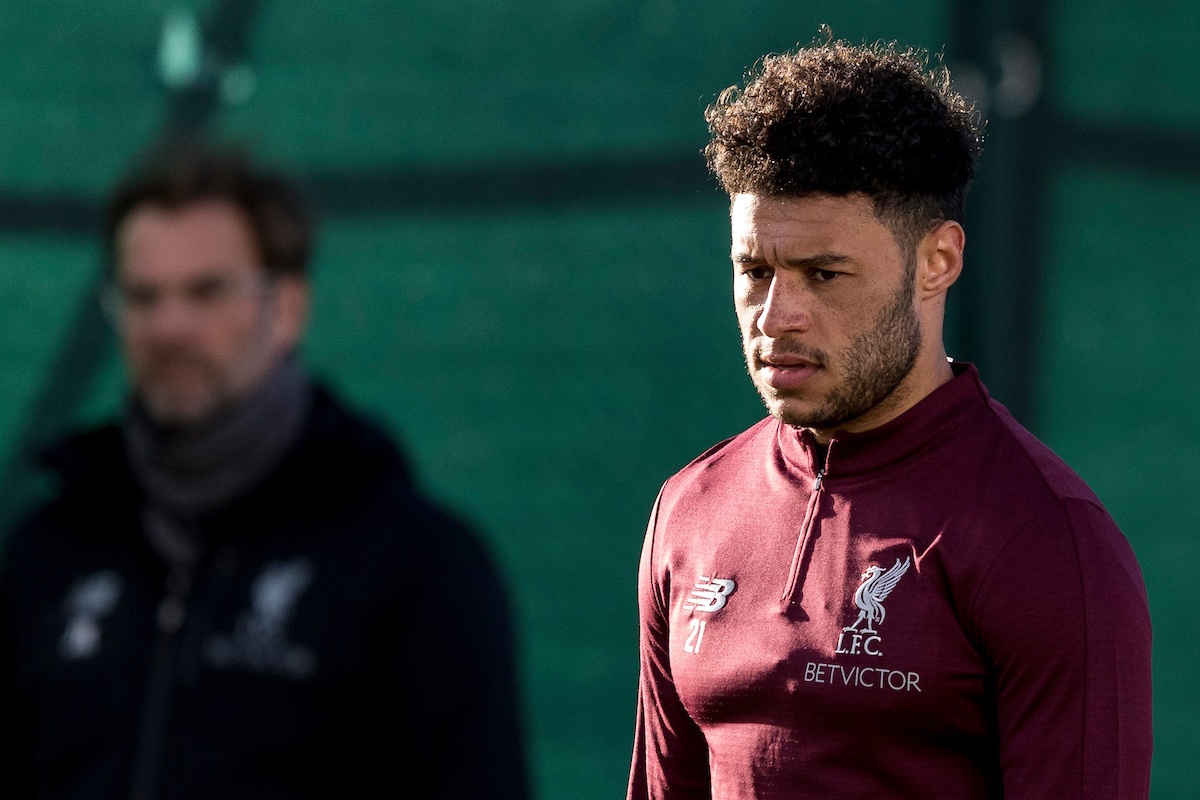 And the player himself of course deserves the most amount of credit for the way he has handled his time on the sideline.

The fact that he took time to check in with Rhian Brewster regularly and the friendship to two now have, as well as the mental strength he has shown to regain that trust in his body after what he himself called “a car crash” of an injury shows the character Chamberlain is.

There have been so many questions asked during his career – whether he’ll fulfil his potential, what his position is and whether he’d make a full recovery from injury, to name a few – but nobody can question his mentality.

This Liverpool side is full of strong personalities who have been crucial to the club’s success, but Chamberlain may be one of the most important personalities in that dressing room.

He was visibly overwhelmed in Kyiv having not been able to help his teammates, and we saw how happy he was for them in Madrid, but now he deserves to have his own moment in the sun.

Let’s hope he’s off to the Euros this summer with a few winners’ medals to show off.