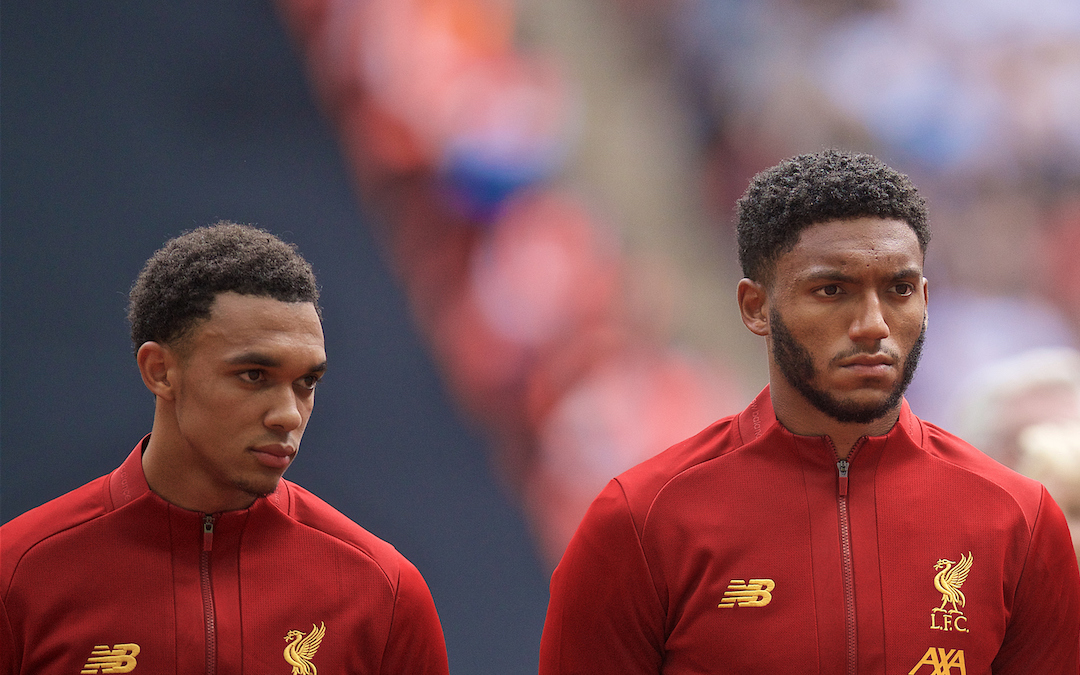 AH, the international break’s back.

If, like myself, you’re lucky enough to be able to chat wham about your football club for a living, the international break is just that – a chance to switch off until the real football is returns.

There will be others – including The Anfield Wrap’s Craig Hannan – who will be invested in their national team’s fortunes when the games have qualification for future tournaments riding on them.

To add to that, there now seems to be a vocal minority who feign disinterest when internationals come around, but are also up in arms at the idea that some of Liverpool’s English contingent aren’t getting the nod for their country.

It’s a defensive unit struggling for form at club level, as manager Gareth Southgate pointed out in the aftermath of that defeat, but also one that contained three of the stars of England’s 2018 World Cup campaign in Pickford, Maguire and Trippier.

That may go some way to explaining Southgate’s decision to select those three, as well as drafting in Everton’s first-choice centre half to replace the injured John Stones – while Keane has also started every game of England’s qualifying campaign so far. 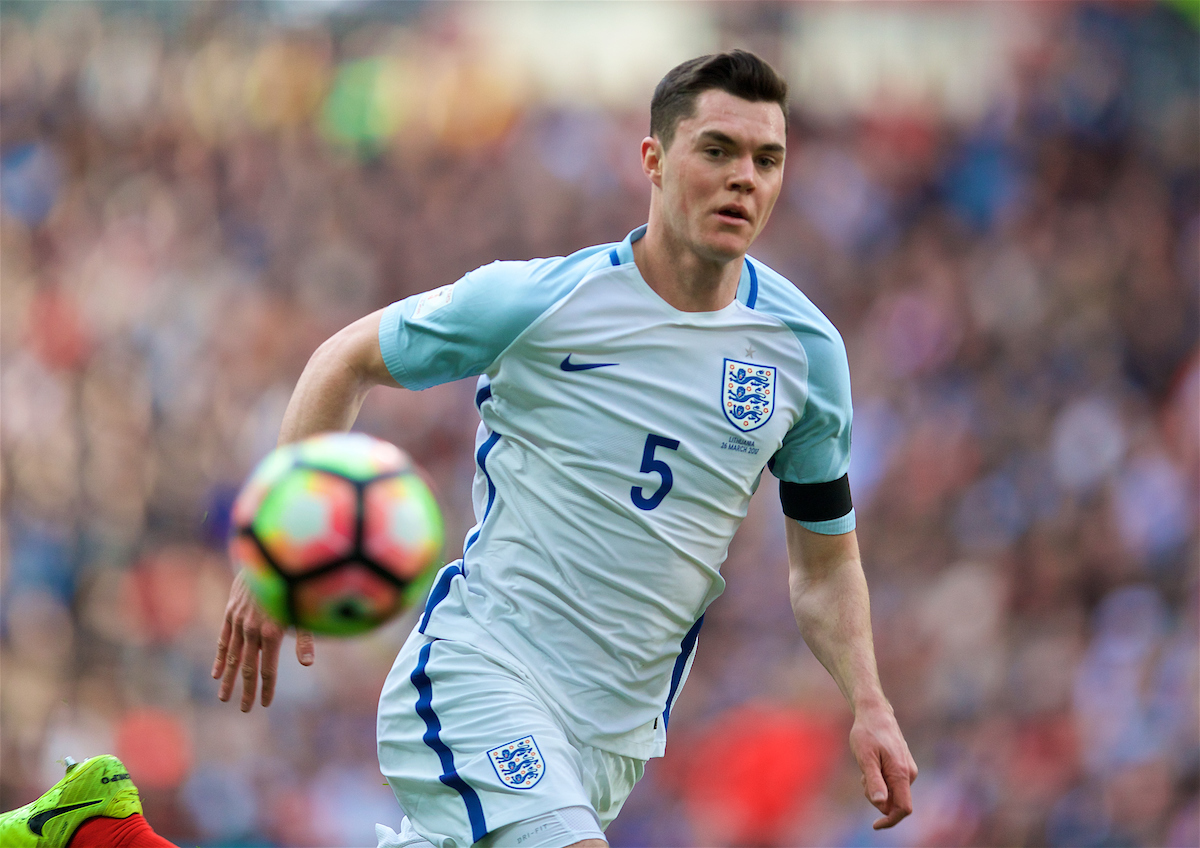 The most inexplicable selection of that back five is the fact that Rose gets the nod ahead of Leicester’s Ben Chilwell, whose stock continues to rise as a part of Brendan Rodgers’ Leicester City side.

However, Chilwell’s omission seemed to only rile Foxes fans – who, if you pay attention to the flags that follow England’s away support around, seem to form a fair section of that crowd.

Instead, the aforementioned vocal minority seemed to be of a Liverpool persuasion and were calling into question Southgate’s decision to leave Joe Gomez and Trent Alexander-Arnold among the substitutes.

That’s the same Gomez who has only seen one start in the league, against Norwich on the opening night of the season.

That’s not to do down Gomez at all, or suggest that he shouldn’t be part of England’s starting 11. But while the player will obviously want to win as many caps for his country as he can in his career, my main concern is that he returns to Liverpool’s ranks with no knocks or niggles.

The truth of the matter is that Gomez would almost certainly be an upgrade on Keane at the heart of the Three Lions’ defence, but there would be an even larger and probably more passionate section of supporters that would vent their frustrations if a player with one league start walked into a starting berth for his country.

The issue comes down to how the England manager, with one of the most difficult jobs in football if we’re being honest, chooses the team that will capture the imagination of the country in the way that his World Cup stars did back in the summer of 2018. 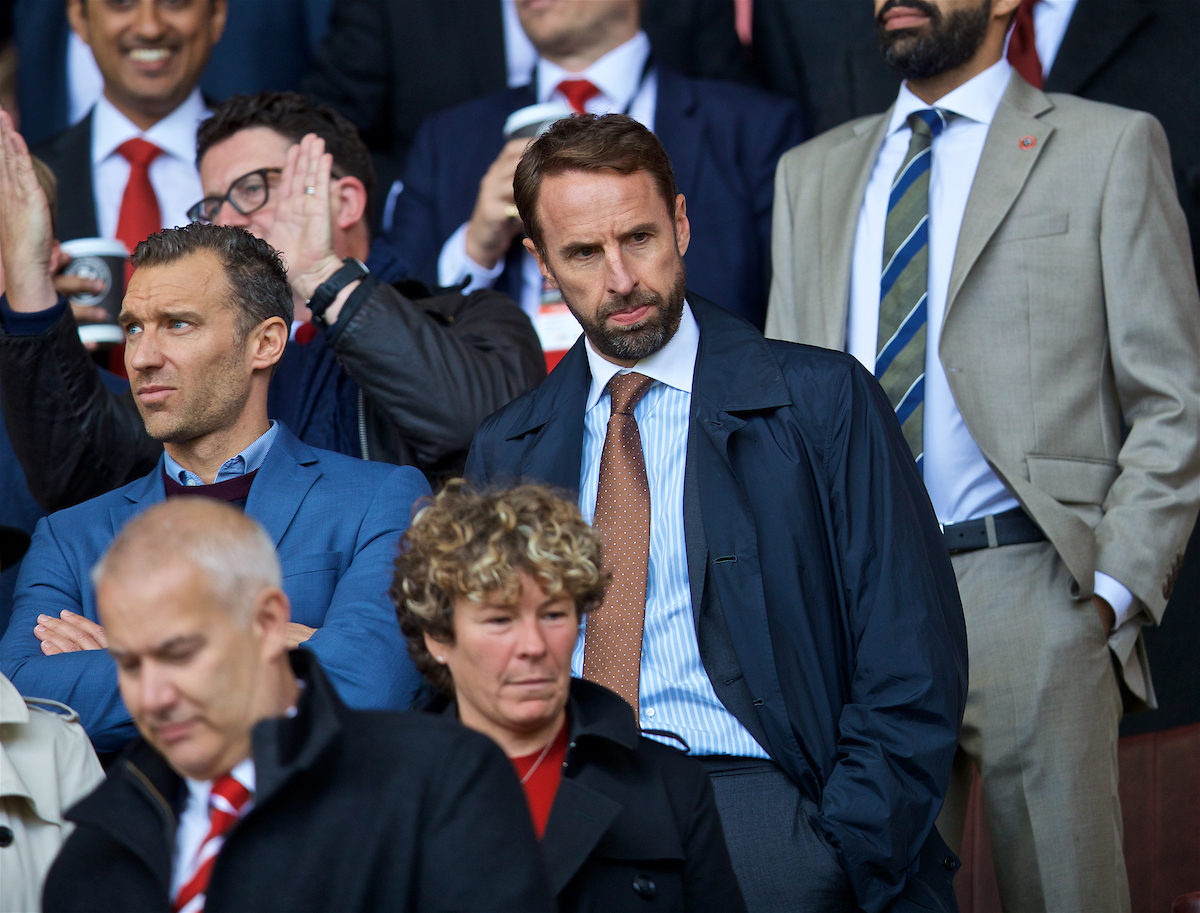 Does he pick the best possible players in each position and risk the fact that they may be rusty having fallen down the pecking order at their clubs, with the added knock on of potential fitness issues and fallouts with club managers over minutes of these players?

Or does he go for the lads who’ve got rhythm in their legs no matter how off beat they are? We all know how much our own boss loves that word, after all.

Yes, Gomez not starting over a player who is a key part of a defence that have conceded 13 goals and recently slipped into the relegation zone doesn’t looks great, but imagine the fume if he made a rare start and picked up an injury?

It doesn’t bear thinking about, particularly with Joel Matip’s injury issues prior to the international break and the medical record of Dejan Lovren.

But Gomez didn’t appear to be the only issue that this small section of Liverpool supporters had with Southgate’s losing side.

Trippier over Trent was another selection that appeared to get backs up amid the social media ranks.

Trent has of course started every game bar the Super Cup so far this season, and has picked up where he left off last campaign with a goal and three assists to kickstart his race with teammate Andy Robertson. 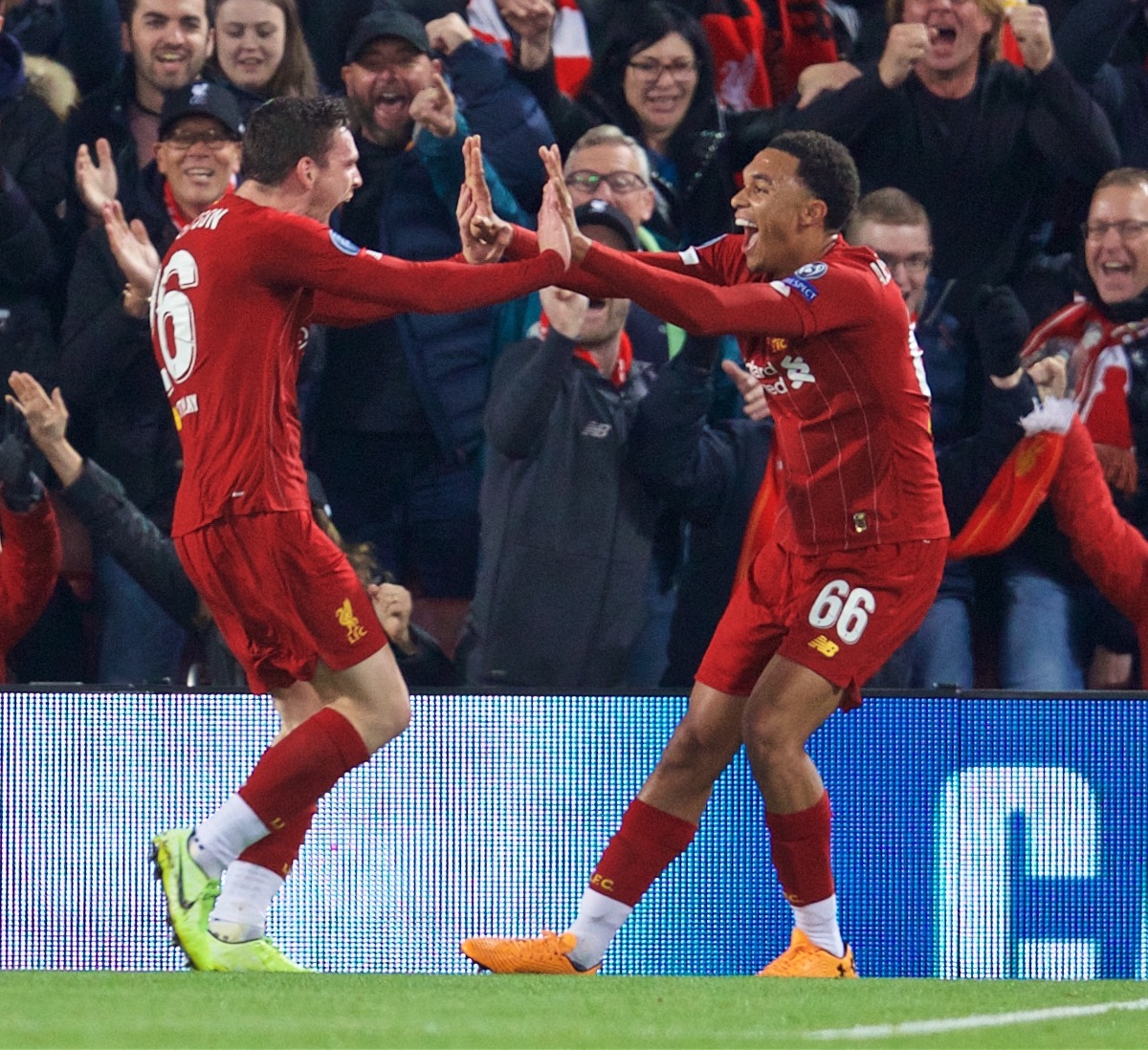 Meanwhile, Trippier has started all but one of Atletico’s La Liga games and one out of two of their Champions League clashes, and has two assists to his name.

In fact, a quick google search will show that the Manchester City academy graduate has made an ideal start to life in Spain, and has quickly established himself as an important cog in Diego Simeone’s side – with the Atleti boss placing increasing onus on his full backs to supply the forwards.

It’s clear that international honours are a big part of what Trent is looking to achieve in his career, and that of course should be encouraged. But Southgate clearly sees Trippier as the option he’s had more success with, and he’s hardly the out-of-form problem player that the England boss is having issues with.

So England will likely kick off tonight’s qualifier against Bulgaria with Jordan Henderson once again the only representative of The Reds among the ranks.

With a crucial clash at Old Trafford on the horizon to kick off a big run of fixtures, let’s just hope whoever gets the nod can stay healthy.