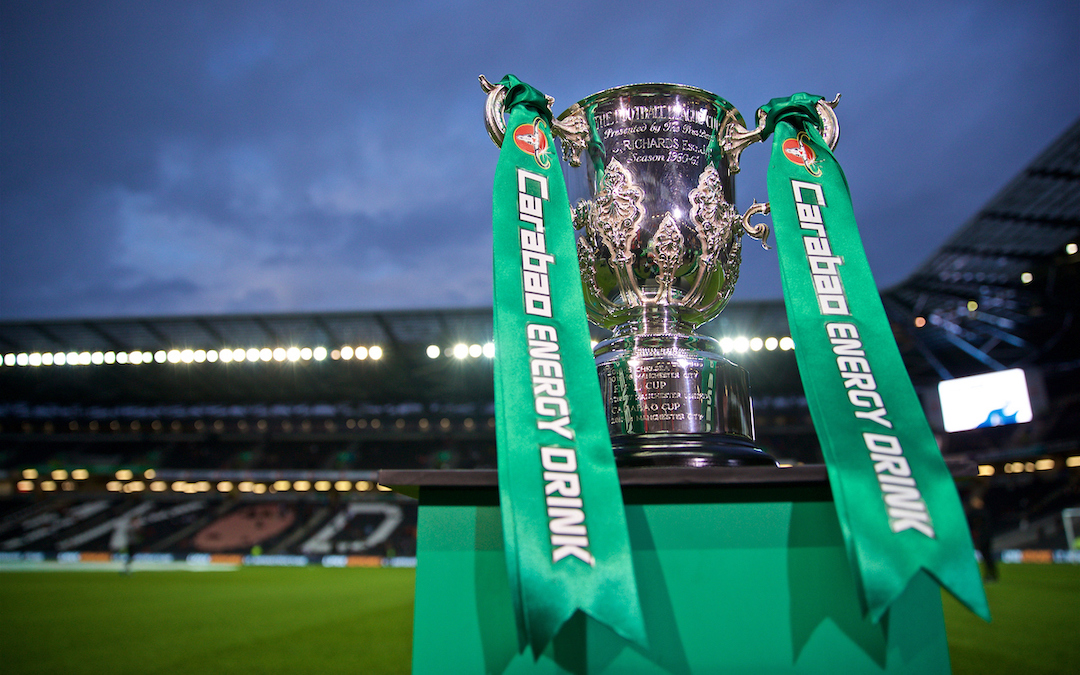 WHEN the EFL Cup third-round tie between MK Dons and Liverpool began last night in the Stadium MK, it didn’t take long for the song book to open.

Yet despite all the things you would expect from the tie — a feverish home crowd who are hounding their Goliath opponent into mistakes and getting behind their team with everything, the choruses being aired in the games early stages had a more familiar tone:

“We are the champions, champions of Europe.”

“All ‘round the fields of Anfield Road.”

Liverpool’s 6,301 allocation for the tie had sold out, and they turned up en masse on a Wednesday evening to vocally encourage the unfamiliar and youthful-looking Reds to a 2-0 victory.

It is easy to assume that this club has enough global support to ensure any opportunity to see the team live will be taken, but there are a number of understandable excuses for anyone who decided to sit last night out from a matchgoing perspective.

It is indeed nights like this which can provide such folklore among the supporter base. Lower league trips on an otherwise uneventful midweek evening can be up there with the most memorable — the ones you still talk to friends or people you only ever see at the game about in years to come. 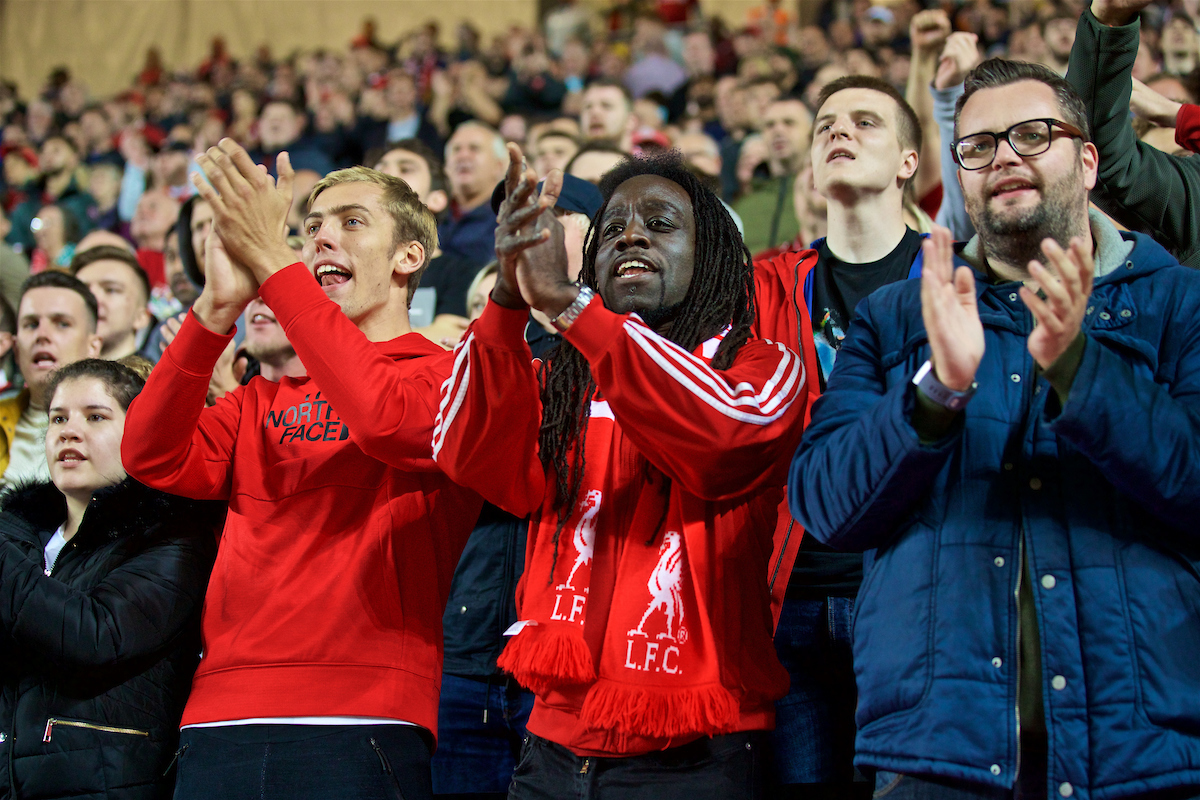 Some of my own most prominent memories extend to the unfamiliarity of places such as Luton Town in 2006, and the not so well-judged Milwall in 2004. Maybe it is the fact that you do actually feel in the lion’s den, in a footballing sense, which makes them so distinguishable.

There is an undoubted element to such fixtures that you and your team are in the business of winning your battles and earning the right — all of the cliches maybe, but all still very present nonetheless.

Yet there is another factor which comes with seeking such lunacy as a 270-mile round trip to watch Pedro Chirivella make his 500th Liverpool appearance.

These games can provide managers and supporters with the show of character from their team that is uniquely different to the norms you get from those you trust week in, week out.

Seeing the effervescence and impressionability from young stars, matched by seasoned professionals who are giving everything to get over the line shows you that such a mentality extends beyond the mere first-team regulars.

Last night, the industry and workrate of the front-three was matched by Harvey Elliot, Curtis Jones and Rhian Brewster — while the nous and application of the likes of James Milner meant that you were unable to distinguish whether he was playing in Milton Keynes or Madrid.

In 2004, Liverpool sent a team including the likes of John Welsh, David Raven, Zack Whitbread and Darren Potter to White Hart Lane to face a strong Tottenham team in the Carling Cup quarter final.

The Reds emerged victorious on penalties after a goal each in extra time from Jermain Defoe and Florent Sinama-Pongolle. The away end that night was one of the very best I have ever been in. 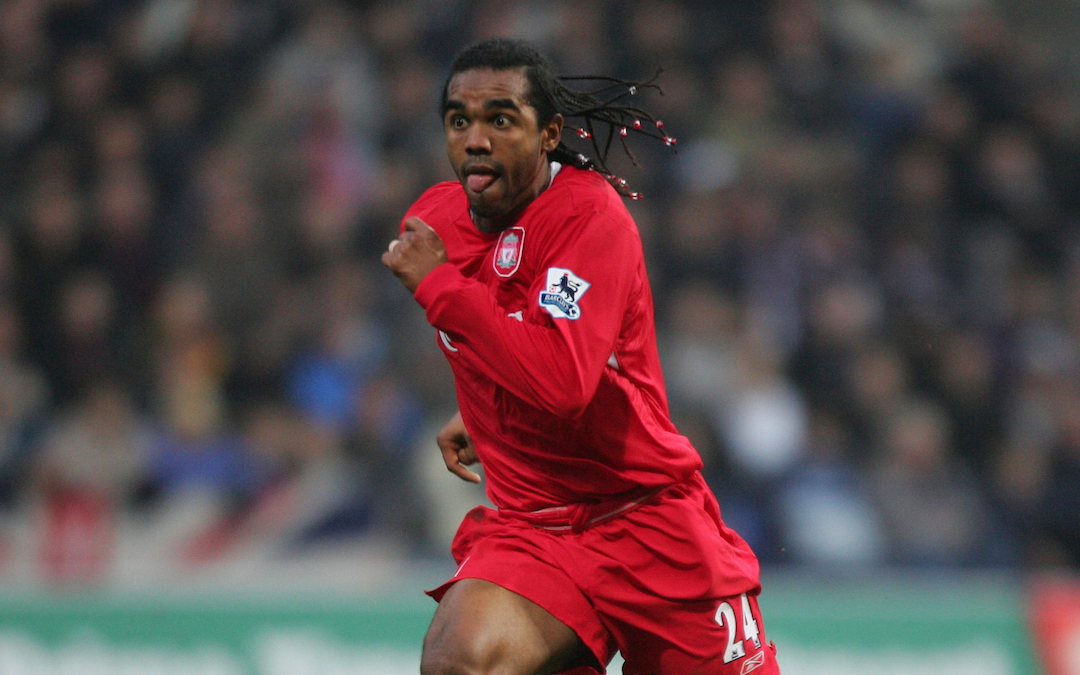 It was a cup that mattered little to Rafael Benitez at the time, given his priorities for top four and a Champions League campaign he would lead Liverpool to glory in, but that night nobody cared.

More importantly, they got to look their second-string in the eye and know that even if they weren’t necessarily good enough, there was a resilience and determination about a Benitez dressing room which meant they were capable of absolutely anything.

There are those who will say that victories such as last night don’t matter in the grand scheme of things, and that we should all just forget about domestic cups as they place an extra burden on the already crammed schedule of the team.

But try telling that to the likes of Ki-Jana Hoever or Caoimhin Kelleher today. All of those young players and fringe players should take their own pride in maintaining the team’s winning reputation.

Maybe I’m an old-at-heart romantic who came of age with such trips — learning crucial lessons along the way, whether that was coming to terms with hangovers and lack of sleep or that it wasn’t always right to pass to Steven Gerrard on the halfway line at Kenilworth Road.

Either way, the joy in such fixtures is not lost on me. Nor will it be lost on those 6,301 people who get to say that they made the Wednesday night journey to MK Dons in 2019-20.

They will recite it with unrivalled fondness in their own way in years to come.

For more reaction to the League Cup third round win over MK Dons, SUBSCRIBE to TAW Player…

“Seeing Kelleher’s family during the game was a reminder of how much this means to them.”

📱 Subscribe for our reaction to Liverpool’s win in the League Cup 👉 https://t.co/XZAK9veWt7 pic.twitter.com/7h7FJKNlSZ