Why Liverpool Haven’t Been Unbearable Enough After European Success 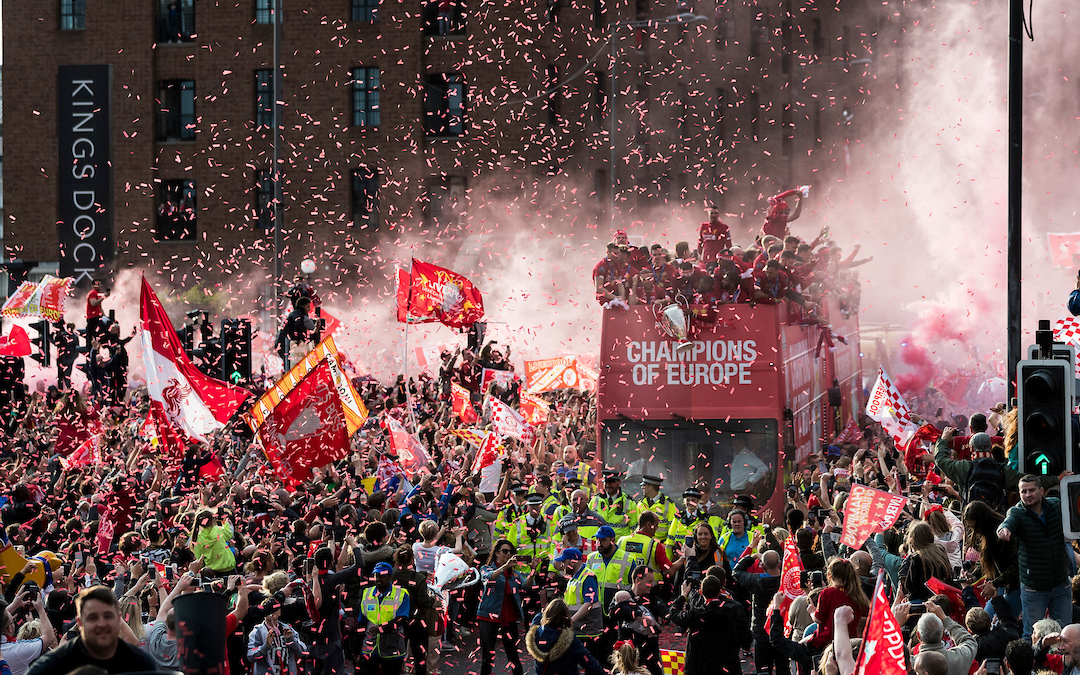 IT is a fabled story.

May 26, 2005. The day after Liverpool have triumphed in the most adverse and unimaginable Champions League final in history, winning on penalties after being 0-3 down at half time to AC Milan in Istanbul.

So improbable, in fact, that on the day of the team’s homecoming around the city and past Anfield, there had been a collective, yet monumental marketing error. The club shop was closed.

To look back now you empathise and excuse. Time makes the situation amusing because you assume the club was still somewhat prehistoric in contrast to the smooth and efficient operating model it purveys today.

Fourteen years later, when The Reds achieved European Cup success again in Madrid on 1 June, I arrived home from the Spanish capital a day after the homecoming parade, which witnessed approximately 750,000 people amalgamate along the city’s waterfront in a euphoric, smoke-filled state of delirium.

I was devastated to miss out, but to be in the Wanda Metropolitano Stadium that night and witness my team lift number six was something I knew I was incredibly privileged to be a part of. 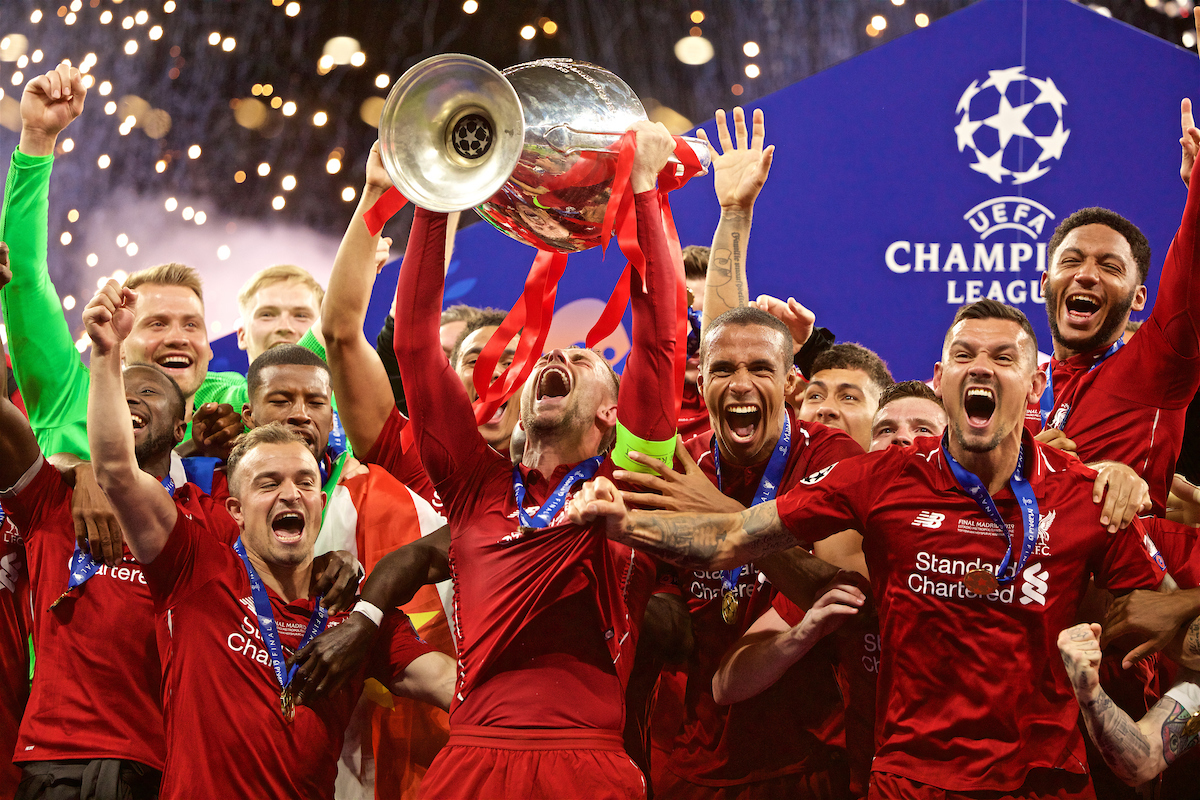 So to come home two days after the game I was unrealistically expecting the carnival to still be in full flow. I wanted to see people declaring their own public holiday, I wanted all of the people who made their way to the city on that Sunday still propping up the bar and I wanted Alisson Becker handing out shots.

What I got was a dose of normality and reality that I wasn’t prepared for. The routine sense of everyday life was commonplace. People were in work, walking the dog and doing the shopping.

Many undoubtedly felt the same low after such a high, however there was anticipation among supporters about how the cup win would positively and visually impact on the city this summer, now that the footballing world had its eyes firmly fixed on Liverpool once again.

Yet we have all been left waiting.

The Reds have seemingly been happy for the city to have no visible imagery of the iconic images from Madrid which have become so globally synonymous. Even around Anfield, the only sighting of the European Cup outside the stadium is in the window of The Arkles pub on Anfield Road.

This could be an issue Liverpool have no control over in terms of advertising space within the city. Regardless, there has seemingly been no attempt to highlight and show off what has been the biggest cultural event here since our Capital of Culture status in 2008. 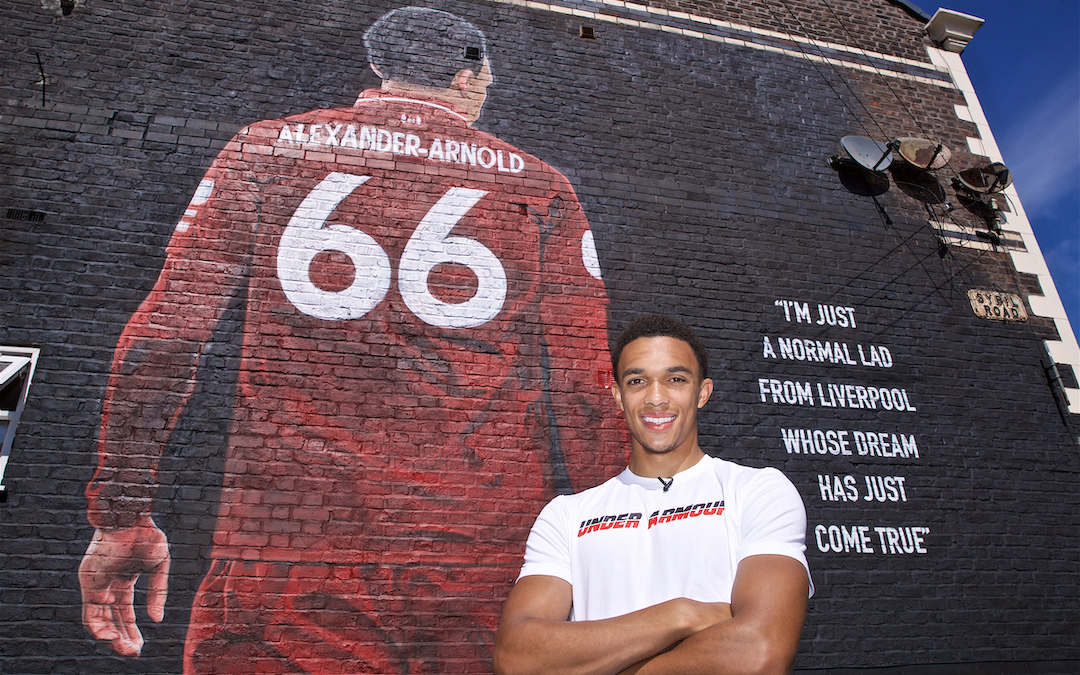 The recent mural artwork of Trent Alexander-Arnold, which was brought to life by The Anfield Wrap, along with the mural of Jürgen Klopp in the baltic area of the centre, are wonderfully alternative manifestations of such a representation, and a huge sense of pride to Reds near and far, who will flock to witness and photograph the artwork throughout the season.

But as someone who travels into the city centre every day and past Anfield at least once a week, I’ve been left wanting and expecting more.

I wanted billboards on the busiest road into town to display Jordan Henderson, arms aloft. I expected everybody within a mile radius of our home to know they were approaching the cauldron of the European champions, I wanted Norwich City to see it, as well as feel it tomorrow.

With Reds having to endure a social media narrative from supporters around the country telling them they would be unbearable with success, it feels like collectively we have failed to be unbearable enough.

Some may cite the Ronnie Moran mentality of the last achievement being forgotten about as soon as the medals have been handed out, and the focus immediately becoming the next trophy, then the one after that.

While others will advocate the attitude of a Liverpool team who paraded their first FA Cup around Anfield’s pitch prior to the 1965 European Cup tie with Inter Milan, letting everybody – including their opponents – know who they were. 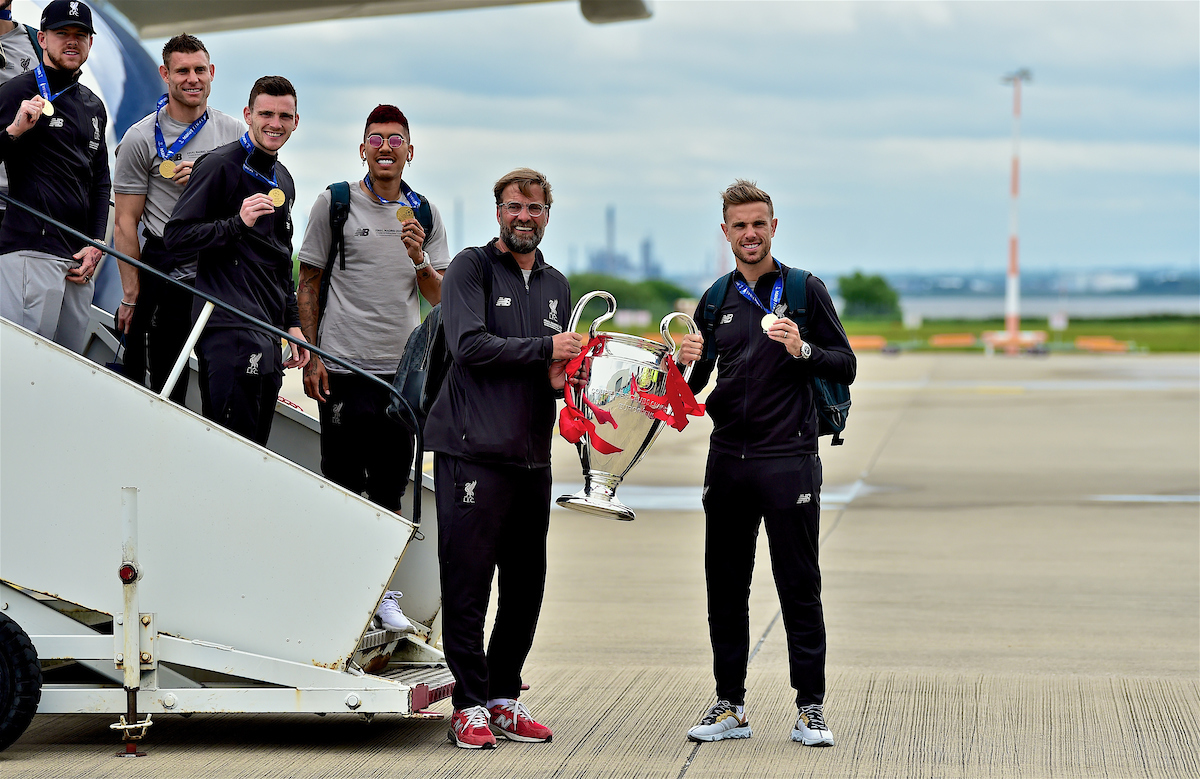 My argument is simply that we should look and act the part, as we are just that. We are both verified and corroborated as the best on the continent.

Therefore, we should make this eternally proud city reflect that and anything else it sees as a source of pride to show off to the world.

The aim for the team, starting tomorrow evening, shifts from proving they are worthy of potentially becoming successful, to maintaining a success so desperately craved this time last year.

As a football club and fan base, we should be reminding ourselves and others of such achievements, and being a little more unbearable than what we currently are.

The perfect opportunity to start is at Anfield tomorrow night.